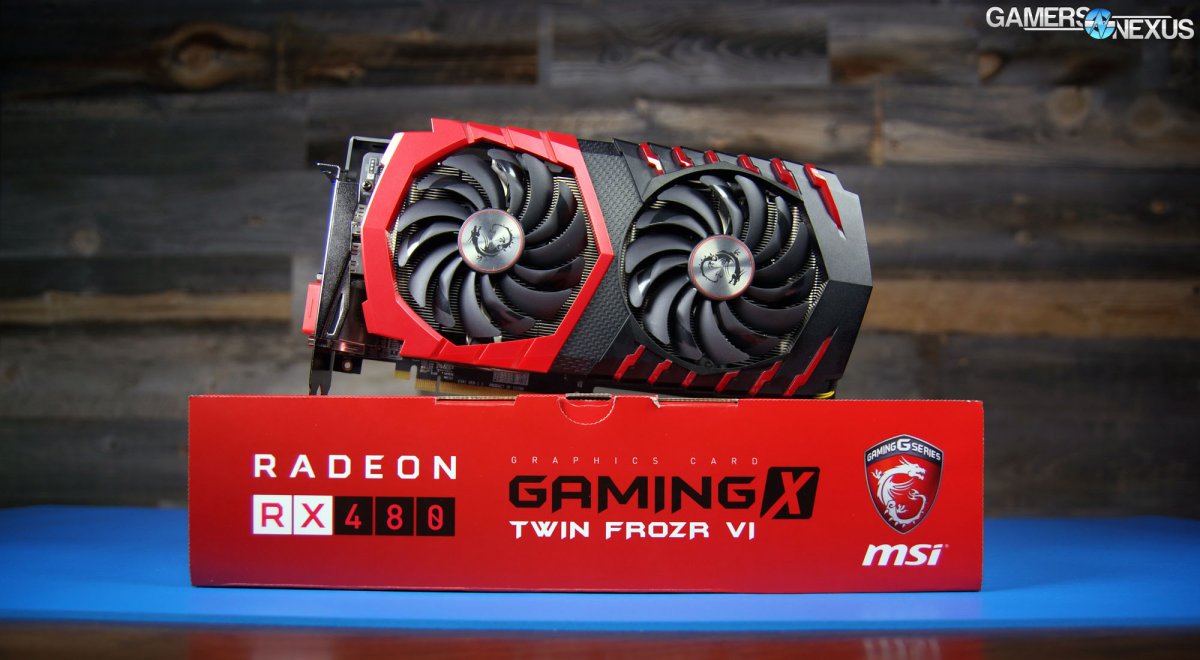 The GPU market has been shaken up recently with the release of the nVidia GTX 1080 Ti and AMD’s inevitable Vega launch. Discounts on GTX 1080s and RX 400 series cards are available and widespread at this point, so we’ve highlighted some deals for those looking to upgrade or build a new PC in 2017.

MSI RX 480 Gaming X 4 GB ($185) - (Update: It's already back up to $205 -- still a decent deal) The RX 480 Gaming X is MSI’s high-end 480 variant, differentiated with their Twin Frozr VI cooler. We reviewed the RX 480 Gaming X 8GB in August of 2016, and found it to keep a more stable clock rate than the reference cooler models with lower overall GPU temperatures. The MSI RX 480 Gaming X 4GB is the card for sale on Amazon for $185 after rebate. This is a significant amount of savings considering this card launched for over $250 last fall. The MSI RX 480 Gaming X has the same basic specs as all RX 480s, 4GB or 8GB of GDDR5 memory on a 256-bit bus interface, 2304 stream processors, and 36 compute units. This 4GB model has the same base and boost clocks as the 8GB version of the Gaming X at 1266 MHz and 1303 MHz respectively. If you want to see a direct comparison between the 4GB and 8GB models, check out our coverage on that here.

Gigabyte GeForce GTX 1080 Windforce ($500) - With the 1080 Ti becoming more readily available we have seen some AIB partner cards at or around $500 recently. Both Amazon and Newegg have the Gigabyte GTX 1080 Windforce card for $500, and with no “deal ends” date on Newegg, one can assume this card will be available at this price for the foreseeable future. This is currently cheaper than Founders Edition cards, and sports higher base and boost clocks of 1657 MHz and 1797 MHz. Additionally this is Gigabyte’s Windforce cooler with triple fans so thermals will be lower on this card versus the FE cards. The base specs on GTX 1080s are the same with 8GB of GDDR5X on a 256-bit bus and 2560 CUDA Cores.

These are some of the best deals on graphics cards this week, be sure to check back next week for more graphics card coverage.