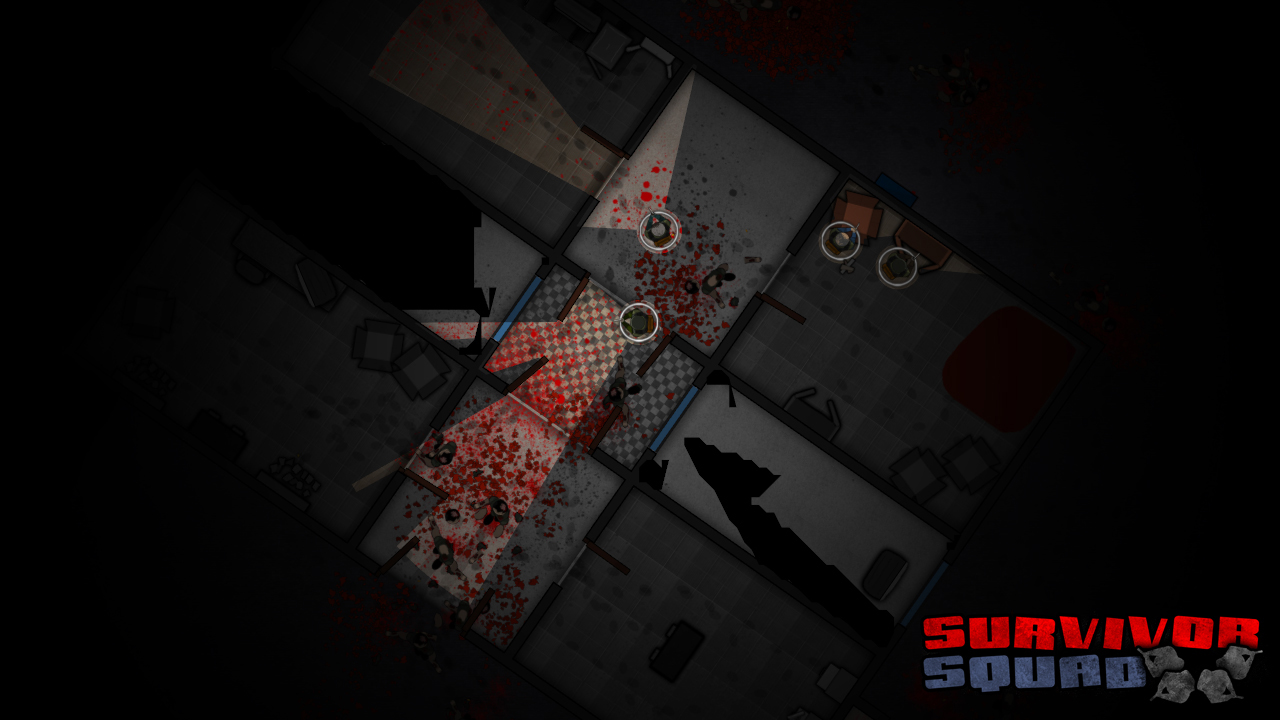 I was pleasantly surprised to find this little title -- Survivor Squad gives a new-and-unique look at the survival-horror genre with a top-down, tactical approach to combat and zombie-slaying.

The player is thrust into a post-apocalyptic world of nightmares as they awaken in a hospital (Walking Dead, anyone?) with absolutely no information as to what's going on. The player meets another survivor and is told that the dead are walking and there is a scientist who may be looking for a cure. Our new purpose in mind, we're then tasked with going from town-to-town trying to discover the whereabouts of this scientist while saving others. Get guns, complete objectives, and check your corners!

You play as a team of survivors (their names? not relevant - you'll likely have many die along the way). Only 4 can be in play at any given time and you can level them up as you continue moving forward, though this facet doesn't add much to the overall gameplay. The story leads the player on a merry scavenger hunt, attempting to find clues to a cure for the infection plaguing the world; new weapons and items are accumulated along the way, in addition to experience and levels, all helping our characters progress in the game.

The controls are pretty simple: Use the mouse to move and attack, 1-4 number keys to select your troops, then assign items to character equipment slots via the interface. Each character gets a certain amount of slots based on what size backpack they're wearing. To control individuals you can either click them or use 1,2,3,4, or select multiples by clicking and dragging over them. This makes for fairly efficient micromanagement of the team. As you move through the space there becomes a clear strategy that makes the game a tad bit simplistic: put your guys in a room with one to two doors…wait. That’s all you have to do, once the zombies stop coming, move to another area where they start attacking, sit…wait. This does significantly detract from the amount of fun and the volatility of play, creating a somewhat predictable and repetitious environment; that said, if you can favor run-n-gun play and avoid camping, you'll probably have a lot more fun.

Without question the game has its flaws, but overall, I’d say that the merits are far more prevalent. I highly recommend trying this game if you have the time and a few dollars to spare on a surprisingly amusing indie title that has high replay value (if you can overlook the camping aspect, that is), if only for the sheer joy of wanton zombie destruction that we all know and love.