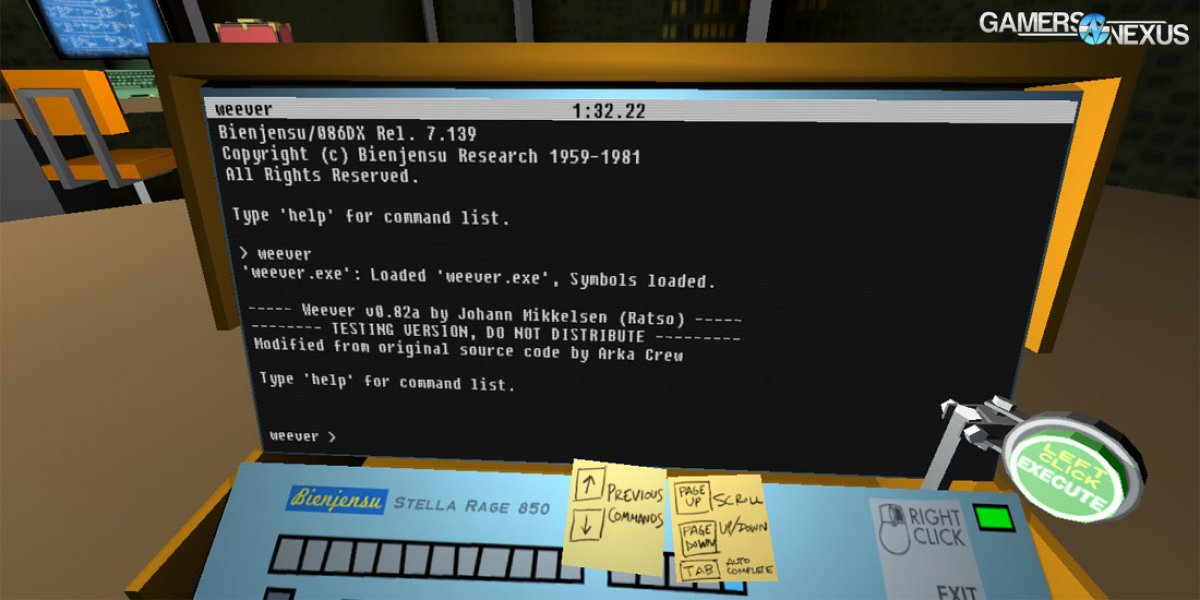 Gravity Bone and Thirty Flights of Loving are both games beloved by critics with charming, immediately identifiable aesthetics, but practically no gameplay at all. They’re certainly enjoyable, but they just aren’t designed to be challenging. Thirty Flights in particular can be easily completed in less than 15 minutes, which has created a confusing blend of glowing critical reviews and outraged reviews from customers who paid $5 for what is probably one of the shortest games on Steam. Quadrilateral Cowboy, though, is a genuine attempt at a physics/hacking/espionage puzzle game.

Personally, the first question that comes to mind when I hear “hacking” and “indie game” in the same sentence is “how much faux-code am I going to have to type?” The puzzles in Cowboy are largely solved with a chunky laptop (“deck”) that the player types commands into, but the list of commands is short and fairly painless to memorize. Commands can control elements of the environment, as well as a remote controlled robot and a turret. The gameplay elements are strong and simple, and one of the most promising features is Steam Workshop support, which hopefully means user-created content in the future. Without spoiling too much, gameplay changes considerably partway through the game to introduce a Braid-esque self-cooperation mechanic which could easily be the core of some very creative puzzles. 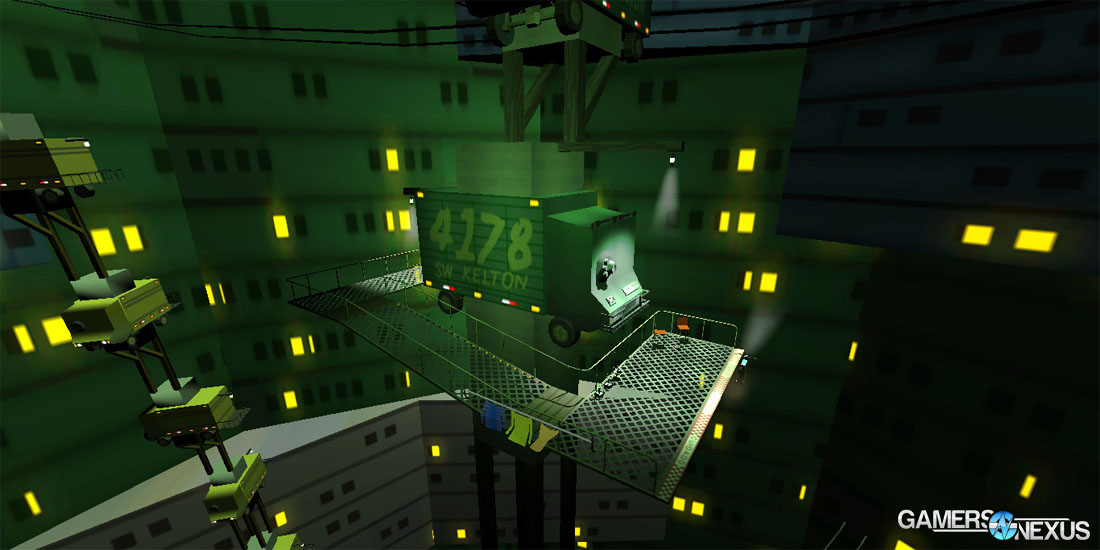 The story is not directly connected to the Citizen Abel character of Gravity Bone and Thirty Flights, but the universe is clearly the same— “cube-headed characters commit crimes” is still the order of the day. The storyline is similarly fast-paced and full of non-sequiturs, but the amount of time it takes to complete levels makes tidbits of narrative more meaningful than the ultra-brief barrages of story in the two predecessors. It did manage to make me genuinely emotional at the end (though to be fair, anything can make me emotional after I’ve stayed up too late trying to finish a game that keeps crashing on the final level).

As it is, Quadrilateral Cowboy doesn’t quite live up to its potential. There are plenty of technical issues, which are forgivable in a game made by three people that’s still being actively patched, but other things seem difficult to fix. For most of the game, the difficulty derived from making various objects behave—launchpads, the “weevil” robot, my deck floating around in space—rather than understanding what needed to be done. In a way, that’s exactly what the intent was (making an espionage game with clunky equipment), but creating a puzzle where the solution is obvious but the execution is difficult due to physics shenanigans is a recipe for frustration. In an effort to minimize that frustration, here are some spoiler-free tips:

All told, I’ve completed all ten missions with only five hours logged in QC. A considerable portion of that time was spent either tabbed out and reading Skype messages or wearily reloading a level (after hitting a laser) or the whole game (after crashing to desktop). 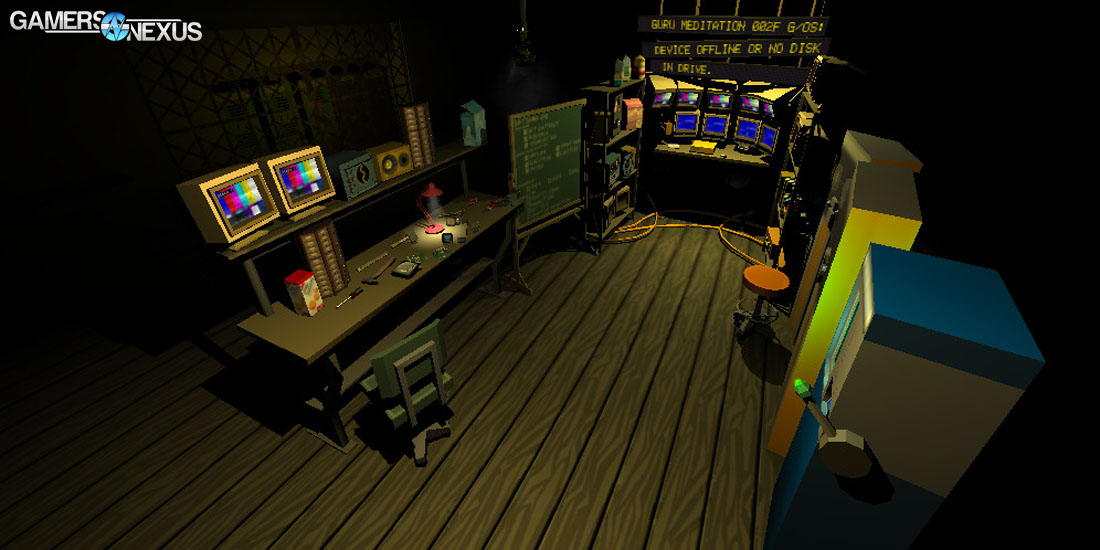 Above: GN's lab, visualized in QC. More or less.

As it is currently, I’d recommend that anyone who hasn’t already should download the ultra-short Gravity Bone and possibly some other short games for free from the Blendo Games site. Those who enjoy it should consider buying Thirty Flights of Loving, which is only $5 (and just as short), and includes a download of Gravity Bone. Fans of both games should then buy Jazzpunk, a game by different developers which is similar in tone and currently $4 cheaper than Quadrilateral Cowboy. Wait for QC to get patched, accumulate some user-created content, and go on sale—Blendo Games is a promising developer, and at the very least, Quadrilateral Cowboy is an indication of good things to come.