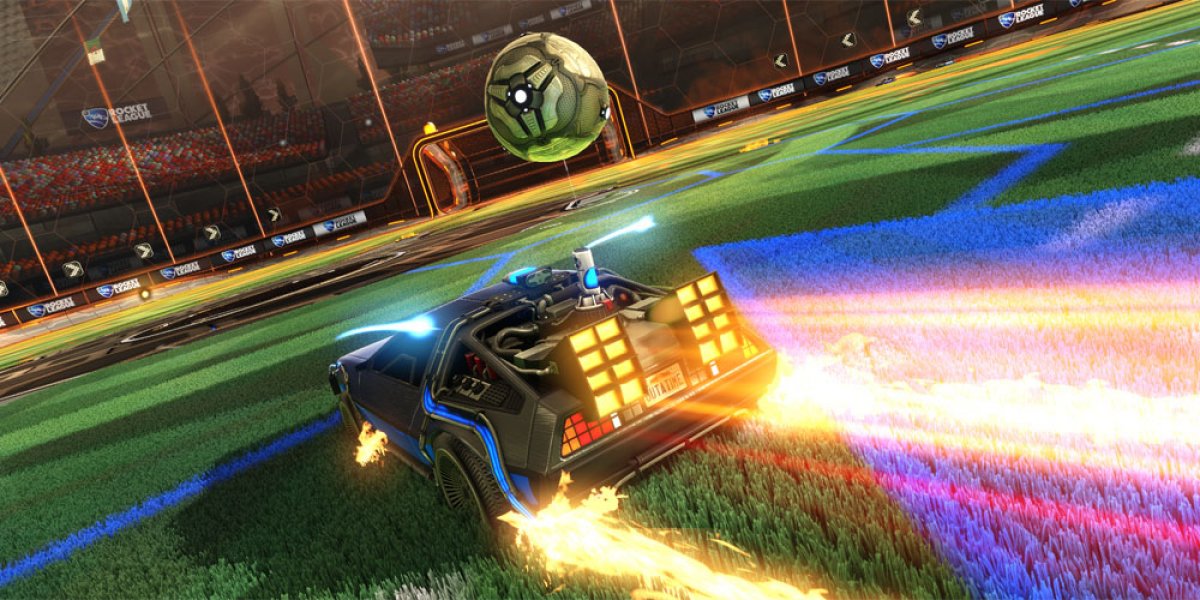 History: On July 7th, 2015, Psyonix released Rocket League, their sequel to SARPBC, which stands for Super-Sonic Acrobatic Rocket Powered Battle-Cars, to both PC and PS4. Chances are you haven’t heard of SARPC before, and that’s probably because it was only released on the Playstation Network in North America back in 2008. SARPC received fairly mixed reviews but did well enough to merit a second try. Rocket League was released last year on both PC and PS4 to much higher praise than its predecessor. Since then, Psyonix has been very busy with further development of their game.

Developer: Let’s talk about developer support. Psyonix is fairly responsive to their community on reddit and other social media, and has offered some of the best developer support I’ve experienced in a long time. Psyonix has also nearly doubled their in-game content since release. Their first patch was released shortly after July 9th of 2015. Since that day, Psyonix has released 23 more, for a grand total of 24 patches. That comes out to roughly 2 patches every month for a year. To give that number some perspective, CS:GO has had 45 patches in the last year, which comes out to about 3.75 patches per month. This number may be misleading though, because many of those patches were small bug fixes, and not content updates. Rocket League has had plenty of bug fixes, but they also added new game modes, cosmetics, cars, and additional gameplay functionality.

Game addition/cosmetics: Like many popular online games, including League of Legends, Dota, or CSGO, Psyonix has released seasonal patches for Rocket League. During the Holidays last year, Psyonix released their first custom gamemode Called “Snow Day," a hockey-influenced game mode that was popular enough for Psyonix to bring it back permanently after what was supposed to be a limited run. Halloween and Christmas also received seasonal patches, all of which have been free for anyone who purchased the base game. There are also many random and fun items unrelated to the holidays, like the recently added item rarity and new rare items. Alongside these new rare items, the company added an inventory management system with a trade-in function that mimics the CSGO inventory and trade-in contract function. Psyonix announced both item trading and loot crates will be added to Rocket League soon.

Rocket League’s existing feature list is robust as is, including extensive graphics options and camera settings. Cross-platform play is available between Xbox and PlayStation players, which can be toggled if undesired. A powerful custom match mode for playing with large parties of up to 8 is accompanied by Mutators for altering the ball shape, physics, and other gameplay settings. For those who’d prefer solo play,  offline and AI-based season modes are available. As for leaderboards and laddering, stats tracking and powerful replay saving and viewing tools have been in place since day one -- useful for ego-checking friends and filming favorite moments. A number of training modules allow mechanical improvement for goal-tending, striking, and aerials, all of which are accompanied by three different difficulty settings. This helps reduce the barrier to entry for players who may feel like they’re late to the game or missed the boat, and rapidly brings players up to speed.

Value: Which brings us to the value of Rocket League. Of course, there are some cosmetics you have to pay for, including all additional cars. The base game costs 15 dollars, and it’s been on steam sale for as low as $10. If you want all of the DLC, excluding the 2 soundtracks, it will cost you 26 bucks; that includes cars, wheels, decals, and other cosmetic upgrades. Rocket League includes 7 unranked game modes, like Rocket Labs, which is the place where Psyonix is planning to test new maps before adding them to the competitive map pool. 4 ranked game modes are available for more serious involvement.

Competitive: Psyonix does all of this while doing their best to support the Competitive community. The company is currently running their own professional series called “RLCS,” or Rocket League Championship Series, and it’s open to all players. Its first Season will be coming to an end soon at the Offline Finals in LA, California. The grand final prize pool amounts to 55,000 dollars, marking RLCS a major step forward to becoming a legitimate eSport.

For more information on Rocket League, check the official Psyonix website or drop the ten bucks and give it a shot.