The player has every control they could possibly need to manage an intergalactic society within mere mouse clicks. The menus can be a bit tricky to navigate at first, but most are self-explanatory once discovered. As with other Turn-Based Strategy titles, the devil is in the details: L30 took a great deal of time making sure that each menu served a specific purpose (for instance, the galaxy contents browser or the orders menu for ships) so that they did not cover each other or become hard to navigate or understand. This allows for smooth gameplay without taking away from the high level of concentration and dedication a player needs to be able to succeed.

If you're the kind of person who likes a challenge and isn’t afraid to get their hands dirty to micromanage entire nations, this is the type of game for you. While not fast-paced (like an RTS might be), the action is constant and the game demanding of its players. This is the type of game that draws a high learning curve, but once you grasp it, Horizon becomes a game of elites, with only the strongest, most clever, and most strategic propelled ahead. 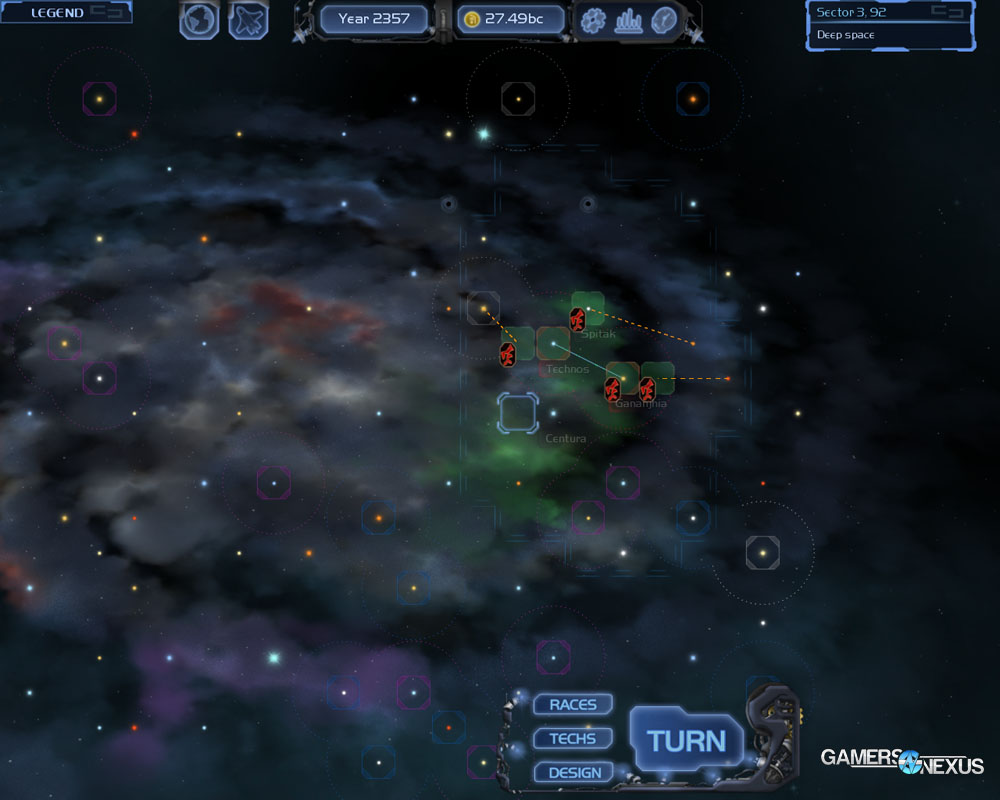 In this, L3O went above and beyond what was expected. Each race has varying attributes that completely alter the way the player will approach the game. Some races—like the Barsig—are focused primarily on commerce and trade for victory, whereas others—like the Tantik Empire—are driven by a need to destroy other species. Even the ships of each race are designed to fit the theme of their individual species, helping with information conveyance. This gives the appearance that the universe is vast and varied instead of producing constant clones of one group.

Each race has their own story to play through, though it is not necessary to enjoy the game. Much like Civilization, the player can simply start a game, set parameters, and decide how they will go about victory without having to be pigeon-holed into a set style of play. If the player prefers combat, they can attack anyone they see at any time without hesitation (though, from first-hand experience, this is not recommended), or they can set about creating galactic peace or a massive trade empire. The point of the game is to eventually dominate the universe in some form or another.

Similar to other TBS titles, the primary means to interact with the game are through micromanaging resources, units, and colonies. The player controls individual units or squads around individual galaxies or throughout the universe, seeking out habitable planets or locations with some strategic value. Colonies can then be founded on these locations. In turn, each colony is accessible via a side panel that allows direct access to what is built within the facilities. For instance, a planet can be designated a farming community or a research-heavy facility.

Each has varying resources or types of atmospheres that prompt what type of colony should be utilized. This has a cost, however, and the player can easily end up in debt if they don't carefully manage their outgoing expenses vs. incoming revenue.

Perhaps the most interesting and unique aspect of the game comes with the customization of ship types. Each ship can be individually customized before being created, appealing to min/max mentality for specific ship functions. If the player is attempting to colonize more planets, the player simply needs to click for more colony pods and remove excess items that wouldn't benefit them (perhaps armaments). Likewise, a mothership would perhaps benefit more from fighter bays to belay oncoming attackers.

And then there are the technology trees -- a feature of the game that seems to have a massive impact on later gameplay. You can assign researchers to projects you find important, shortening their downtimes—much like in Civilization—with one exception: all of the techs are being researched at the same time, so races don't simply level-up sequentially. This allows the player to continue gaining useful information while allowing significant micromanagement on what the player needs accomplished sooner. 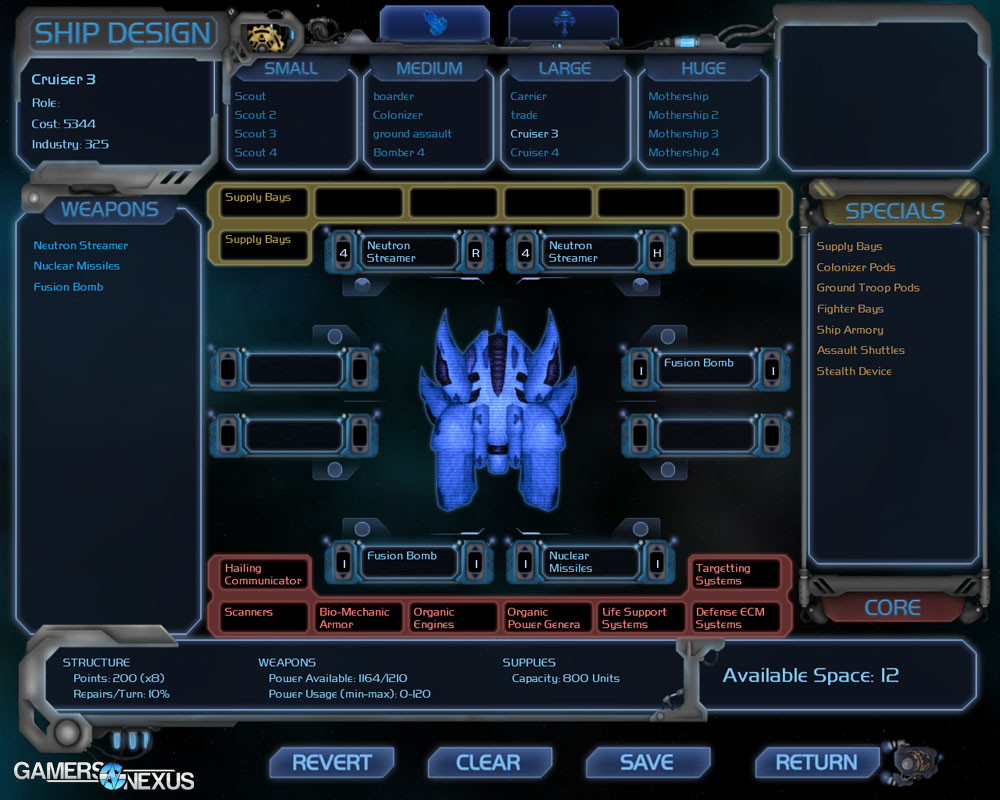 Combat in the game forms an interesting challenge, too. The player is sent into a 'galactic view' and given the ability to micro-manage their side of the combat in turn order; this results in strategically maneuvering units into more advantageous positions to better handle whatever is attacking or being attacked. It is not quite as rapid as Rome: Total War, where the combat turns into a real-time strategy game, but it does move at a faster pace than the rest of Horizon. My only complaint during this was the auto-combat system, which moves at blurring speeds and makes it very difficult to tell what is going on if the player chooses to simply skip over the combat. This isn't a major concern, simply something I wasn't particularly fond of. If a more mid-range option between 'blinding resolution' and 'manual execution' could be achieved, that'd be perfect.

It would seem that in a new and unyielding universe filled with possibilities, players will have to carefully choose what they do and when they do it if they want to make a stake for themselves. Through precise planning, proper resource management, and time, we're given the ability to form a whole new style of play in the Turn-Based Strategy genre. If this were a review (and if we still used scores, which we don't), I'd easily give it a 4/5, and that's with the game being in Beta. I look forward to seeing what is to come for Horizon and expect to great things in the future.

If you'd like to keep an eye on the game, head on over to their site.