We meet 'Echoes' along the journey; these creatures are strewn all over the galaxy (and the universe), each one giving you new abilities to choose from as you cut and shoot your way to victory. Pushing through waves of enemies and bosses, you must save the universe from the sliver menace and rescue the Echoes as you go.

Perhaps my favorite part of this game is the Echo system: Every character discovered provides a completely unique ability, further customizing and empowering the player. The player can use a limited amount (1 at levels 1-4, 2 at 5-15, etc.) of Echoes during each mission, so it is imperative to choose which you wish to take with you carefully. Are you a gunner? Perhaps take a 15% damage increase to ranged attacks. Prefer tanking? Pick up a heal and an ability that pulls all nearby creatures to you. By utilizing Echoes, the player is given innumerable possibilities of playstyles and advantages/disadvantages. This allows you to morph the game to fit your preferred method of killing. Each Echo can become veteran as well, which provides additional benefits. Before each mission, the player is also given access to an additional Echoes from other players on the steam server, providing even more versatility.

The movement in the game is a simple click-to-move, click-to-attack system. This straight-forward design allows the player to focus more on combat than on trying to get the controls down. The player is also given access to dodge and block abilities to try and get out of harm's way. Well-timed blocks can absorb all of an enemy's incoming damage or deflect bullets into enemy units. 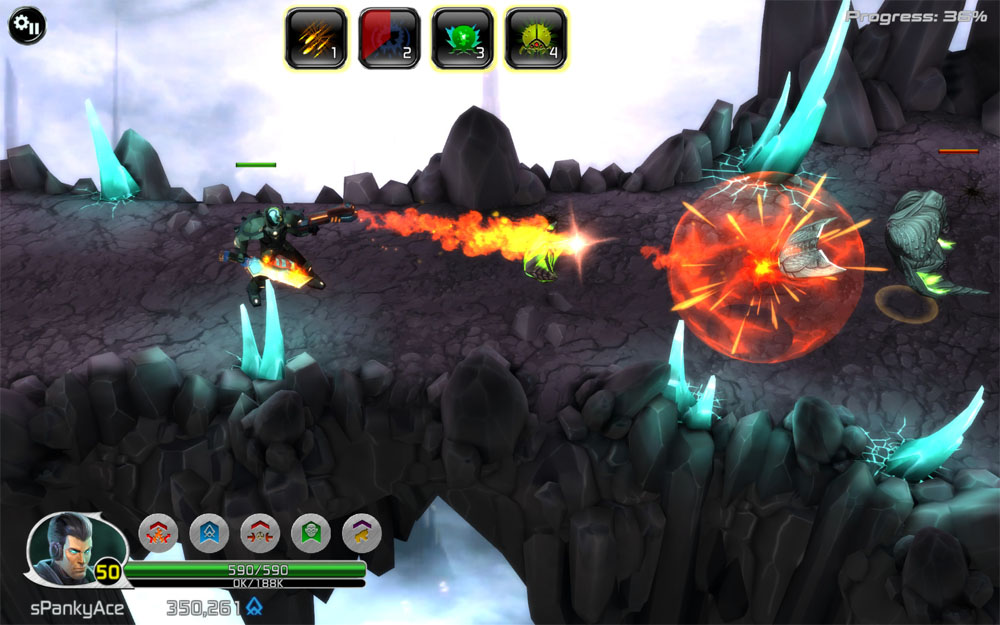 The dodge system is unique in that it chooses to utilize WASD for directional dodges instead of traditional movement. There is one other way to dodge -- by clicking and dragging with the left-mouse button, we're theoretically able to "swipe" (see: remnant of the mobile version) to move. On paper, it sounds great. This is one of the few problems I had with the game, though: The drag-dodging mechanic doesn't seem to work 96% of the time (yes, precisely 96% -- not 97%, and not 95% unless counting to 96%), and when it does work, it happens at an awkward angle or at a very inconvenient time that was not intended.

Echo Prime has an interesting item system that allows weapons to become "attuned," unlocking new Echoes or leveling-up the ones you already own. This is a fantastic progression mechanic, though I feel like the game's currency (credits) are given out in such a way that it is impossible to buy new items when they come available, instead having to wait overly-long periods of time before getting your hands on that new lighting sword with a high crit chance. Yes, this provides more challenge, but it also hinders the player from being able to move forward efficiently at times. 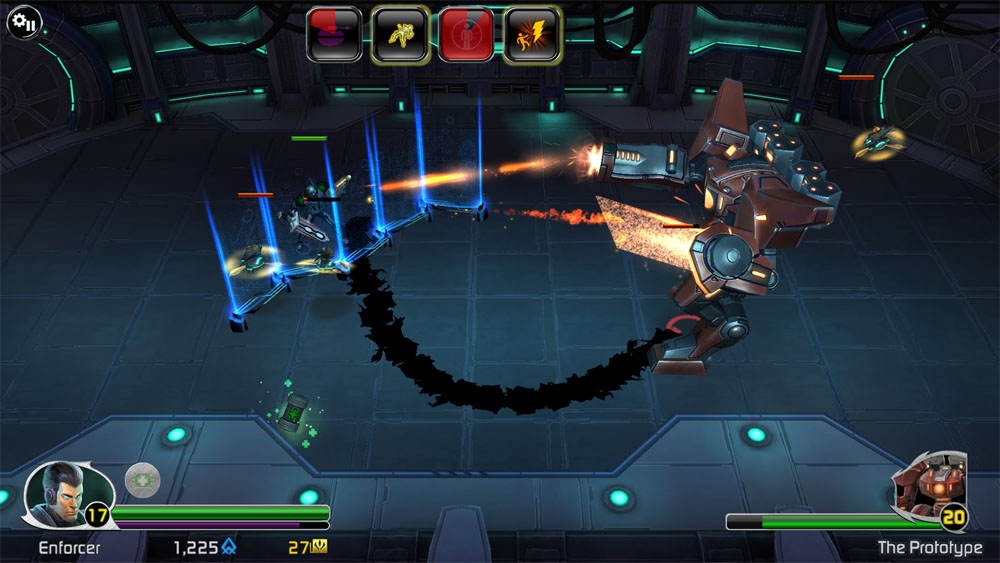 The only other real gripe I have about the game is the storyline. To be frank, I felt like it was derivative and boring; Echo Prime could have easily been played without a backstory at all because the vast majority of the mechanics are so solid that it makes you want to continue playing. The music is beautifully done, the aesthetics are nothing to laugh about (and very fitting), and the combat is constantly shifting and flowing to create new and unique sets of challenges. Overall, I'd highly recommend Echo Prime to anyone considering playing a new sci-fi click-and-slash style game -- it's well worth your time and effort.

A mobile version is also available. Learn more about both the PC & mobile versions of Echo Prime here: http://www.robotentertainment.com/games/echo-prime/