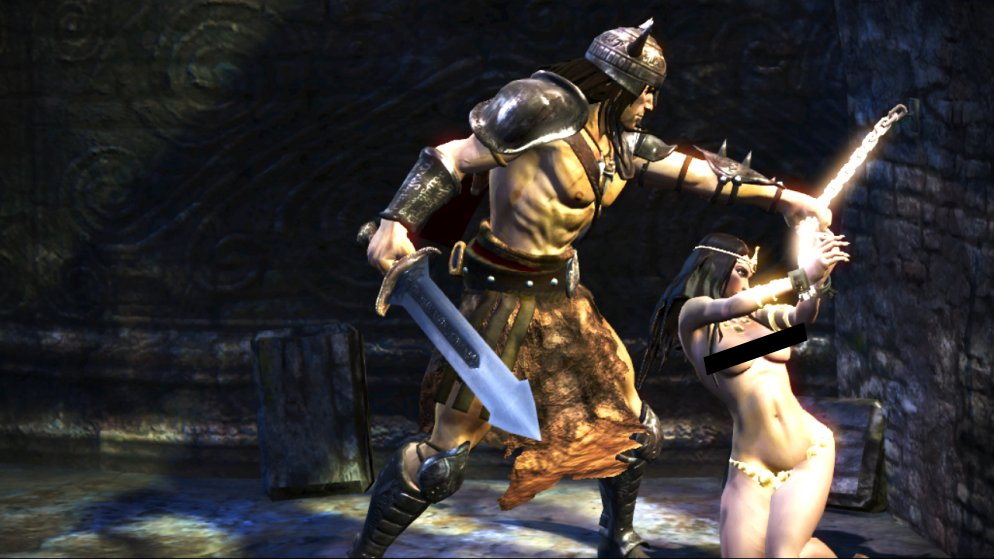 Believe me, it's not worth playing long enough to see this.

Ah Conan, the epitome of loin-covered goodness, the pinnacle of manhood wrapped in a deep fantasy storyline, or that's what I thought. Conan, the video game, is about as far removed from that initial statement as possible. The story is dreary and pointless, and Conan himself has about 5 one-liners in his repertoire, which he insists on shouting out at every corner turned and enemy slain, making it cool in the first 2 minutes, cheesy in the first 10 and absolutely ear bleeding boring after that.

The game starts you off on an island where, in the first 5 minutes, you are stripped of all your lovely armor and cast away, only to awaken on a beach half-naked and ready for revenge. This first section does nothing for the main story of the game except to emphasize the fact that you're playing the game for the sole reason to get Conan's armor back, if you’re expecting a deeper story than a mere search for armor, then you better start looking elsewhere, because Conan certainly isn't it. 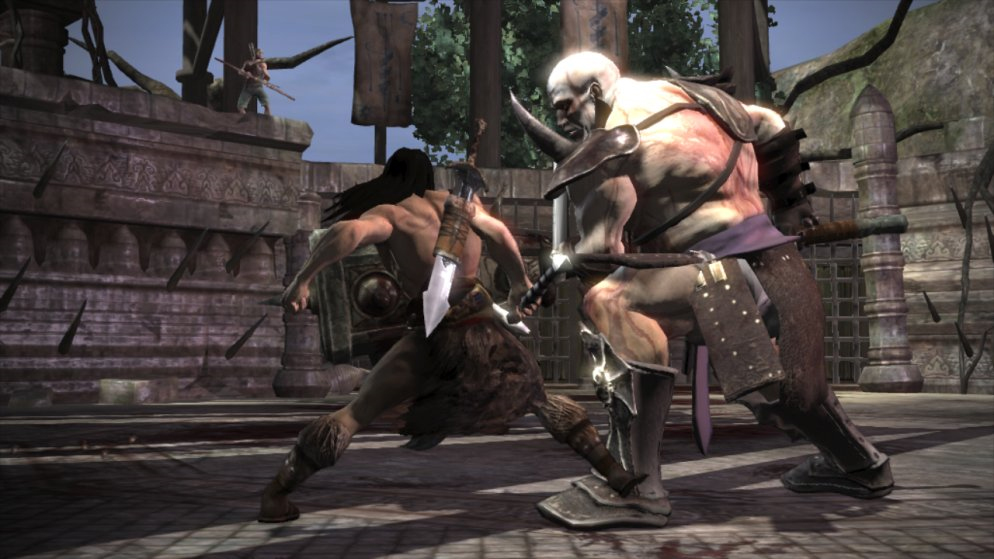 The story tries to weave an intricate tale of sword and sorcery, but gives up after the first few levels and makes do with just having Conan scream about Crom and objectifying women for the rest of the game. I'm not going to make excuses for the game’s story, it's just bad, one of the worst I've ever experienced, but it's not like there aren't good Conan stories out there (and no I'm NOT talking about the films). If you want a good Conan story, go pick up one of the Robert E. Howard books, if you want to play a hack and slash game while listening to something else. Play this (if they've sold out of every other iteration of this genre). 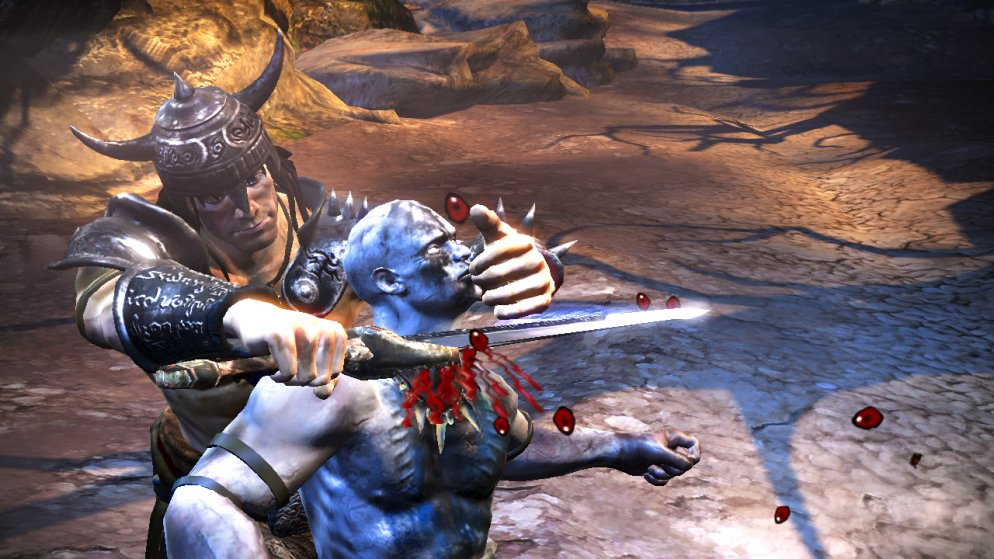 On a plus note however the boss battles seem rightfully epic even if they are blatantly copied straight from God of War. “Boss 8 times the size of the screen. Check. Quick time events all the way through the battle. Check”

The big 'Xbox Live' logo on the front of the box is a total and utter lie. The only form of online capability this game has is the ability to compare your scores with those of your friends, which is totally redundant because if they were smart, they didn't buy this game, so you've got no one to compare your score with. 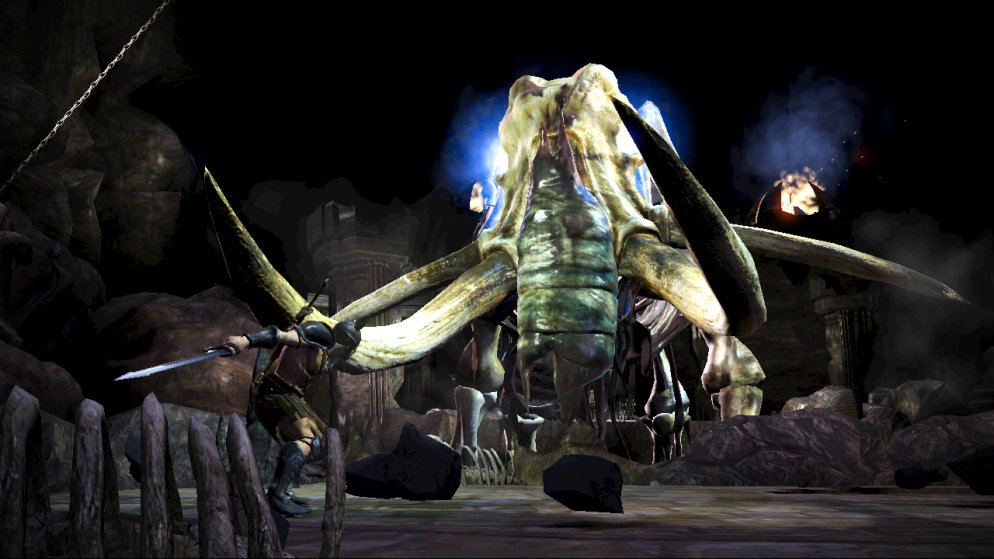 There's not much else to say about Conan. The game's good enough for about 30 minutes of pure hack and slash, but any more than that and its massive flaws become glaringly apparent. Some form of co-op play would at least take the emphasis off the story and put most of the fun into playing with a friend.

Short-Term: Conan's flaws don't present themselves with short-term play, but by short term I mean no more than 20 minutes, any more than that and you will have heard Conan's 5 remarks about twice and then they become really annoying. Good thing is there are plenty of save points all over the levels so there's no real reason to play for more than 20 minutes if you don't want to – which you don’t. - 60

Long-Term: As I've said multiple times, this game isn't really one for long term play. After playing for about 12 hours things got really repetitive and just plain boring at times. - 40

Overall: Conan isn't really a good game, it's not bad in places, but enjoyment of it would really depend on how long you plan on playing it in one session and how much you enjoy repetitive hack and slash titles. That's all it is, nothing more, nothing less, and definitely nothing special. - 50 (and that's being generous!)