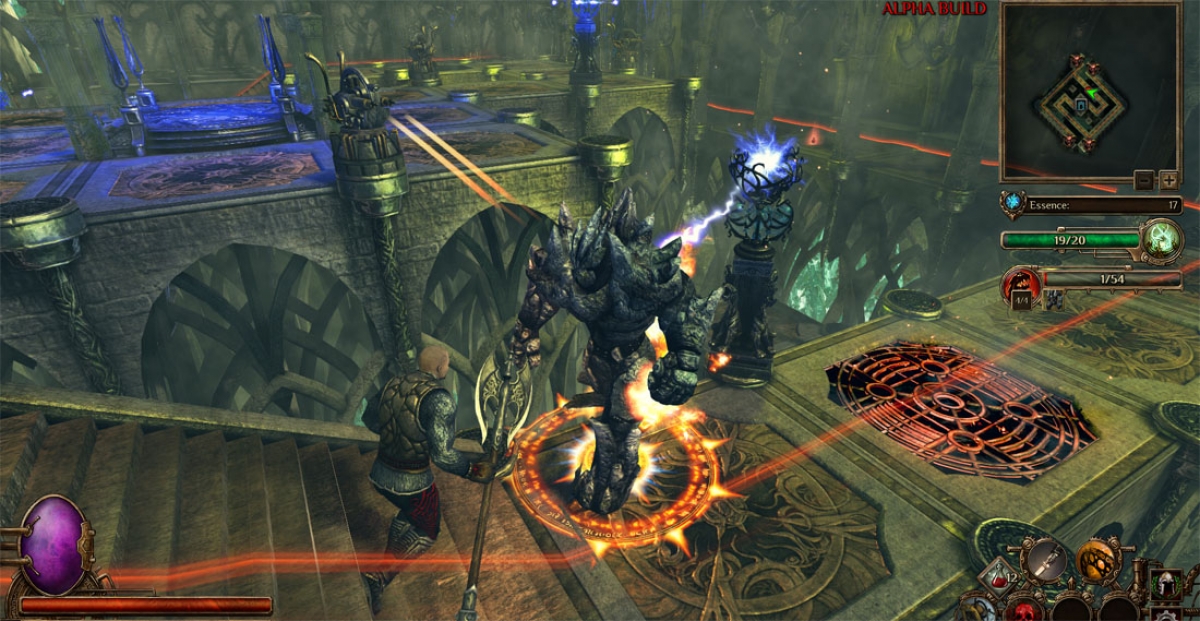 First, and perhaps most importantly for a tower defense game, the traps: they’re pleasingly varied—there are four tiers of five traps, each of which can be unlocked and upgraded through challenges and level requirements. A smart player could manipulate the bonuses granted by their equipped items to buff favored traps or place certain traps which work well with each other—or they could pump all their upgrades into a basic gun turret and build a bunch of those, which also works pretty well. Min-maxing at its finest.

There are also map-specific traps that can only be constructed on certain tower bases in certain levels, adding more variety into the mix. Similar to these, there are map-specific shrines capable of granting buffs—oddly, though, this mechanic is barely used in the base game. Maps sometimes also include “missions,” which take the form of destroying a certain creature on the map for bonus loot, at the risk of ignoring enemies attacking the base.

Deathtrap's creatures are also varied: certain types can be hard-countered by appropriate towers, and some have the ability to fly or throw grenades, among other abilities. The boss enemies are usually just especially strong versions of their smaller counterparts, but with the ability to freeze towers or spawn more enemies.

Unfortunately, Deathtrap relies on recycling old levels to extend playtime rather than including new content; that’s understandable, given that most levels contain unique scenery rather than just standard tiles, but it’s still a drag. The campaign includes thirteen different main maps that can be played with several different difficulty settings for different star ratings; they can also be replayed on endless and scenario modes once the character’s level reaches 20 (which might take a while), AND can be played on four different difficulty tiers if every other map has been beaten on the previous tier. Ultimately, this means you’d be playing every map four times minimum to reach full game completion.

They’re good maps and they offer interesting mechanics – like walking through the woods (for instance) to get between lanes – but they’re still the same old maps (though there are an additional five maps made available for the Scenario mode once the thirteen main levels have been completed). It’s definitely a good thing, then, that the game includes a level editor and allows for user-created content, and I’d highly recommend browsing the workshop for new maps if things get tedious.

The upgrade system is fun, but it seems underused; I essentially just put on the most expensive equipment I had at any given time. At higher levels, equipment can offer genuinely helpful bonuses to your traps and skills, but any decent equipment will get the job done. I rarely (if ever) used the store or the crafting system, since enemies will reliably drop items that are as good or better than what the store offers, and the blueprints required to actually use the crafting system drop with extreme rarity.

The levels of your character’s abilities, however, offer valuable bonuses and special attacks. I believe the level cap is 100, so there’s plenty of room to grow—the entire game can be accessed by level 20. It’s worth noting that all the armor and weapons are impressively well-modeled, especially given that you can only really get a good look at them on the start screen and while selecting equipment. Also important is the fact that every aspect of your progress—items, gold, and unlockables—is isolated to individual characters, so don’t plan to earn all your gold with just one.

Depending on playstyle, Deathtrap might be a very easy game. I chose the Mercenary class initially, which seemed the most standard choice—heavy armor and melee weapons. The pros of the Mercenary include charmingly over-the-top voice acting (these TRAPS need more ESSENCE!); the cons include breaking your mouse by left-clicking too much. Because I would originally play through a map on normal and then perhaps replay it on hard for a higher star rating, I was usually powerful enough to easily beat levels in a single try and without death. It wasn’t until the later levels that creatures even reaching my base became a problem, much less actually losing the match. You could certainly find more of a challenge by playing through each level on hard right away, and then moving on to Scenario and Endless modes, but there’s not much sense of urgency or need for strategy otherwise.

A few words of warning: first, make sure to unplug your gamepad before you launch the game. There is gamepad support, which is bizarre given the type of game, and it will refuse to switch to mouse/keyboard until you relaunch the game. Also: if you choose to play coop, make sure that you click the “Play” button after accepting your friend’s invite—for some reason, there’s no indication that you’ve joined a multiplayer game until you actually hit that button (as GN's Steve and I discovered).

If you do choose to play Deathtrap, it should be with a partner. One of the most positive aspects of the game is that it allows for coop, which gives it an automatic advantage.

Deathtrap is exactly what it says on the box: a well put-together tower defense game. If you’re willing to pay $20 for that—and especially if you have a friend who is also willing to pay $20 for it—go for it, but keep in mind that the space is heavily saturated with cheaper alternatives. Orcs Must Die! is included among the competition, a game we deeply enjoyed.