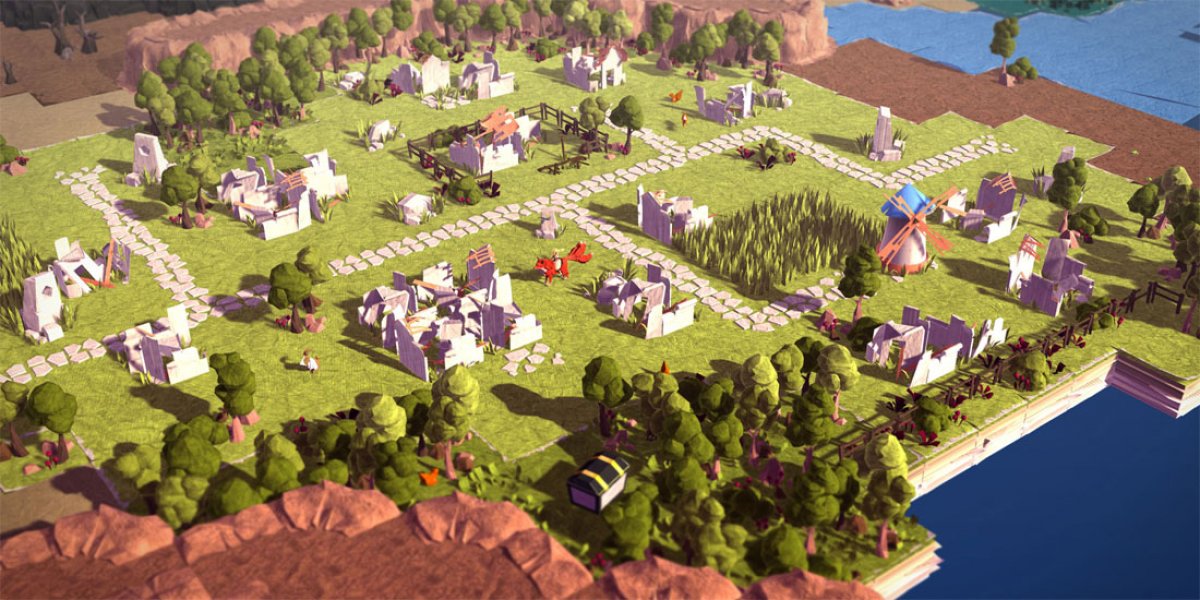 Gameplay takes the form of typing words quickly. Enemies, cobwebs, patches of bare dirt – they all have words floating overhead, each of which must be written-out in order to kill/clean up/plant flowers (think: The Typing of The Dead). It’s a very forgiving mechanic; there’s no penalty for hitting the wrong letter, no need to backspace, and the game lets us forfeit typing and flee halfway through a word. There’s also no time limit other than how long it will take an enemy to reach the player character. Some enemies do change it up a little with multi-word names, ostentatiously long words, or, better yet, demanding of the player just a single letter. You’ll kill the tiny fly with just an “R” instead of the giant “REDISTRIBUTION” spider, if you aren’t paying attention. There’s also a passive Fire ability which slowly burns away an enemy’s next word after one is successfully typed—presumably there will be a few other elemental effects added later, but at the very least, Ice will definitely be introduced.

Successfully typing words starts a combo meter, and extra points are earned for typing many words quickly. Points are spent on an upgrade tree, which will almost certainly see further development before release—right now, the only upgrades are Velocity, Intensity, Agility, and Fire. These upgrade speed, the time on the combo meter (I think), auto-walk speed, and the speed with which Fire burns words, respectively. I don’t know why the fox’s auto-run speed has to be upgraded separately from his player-controlled speed, other than maybe a lack of self-confidence, but I never had a use for auto-movement anyway. 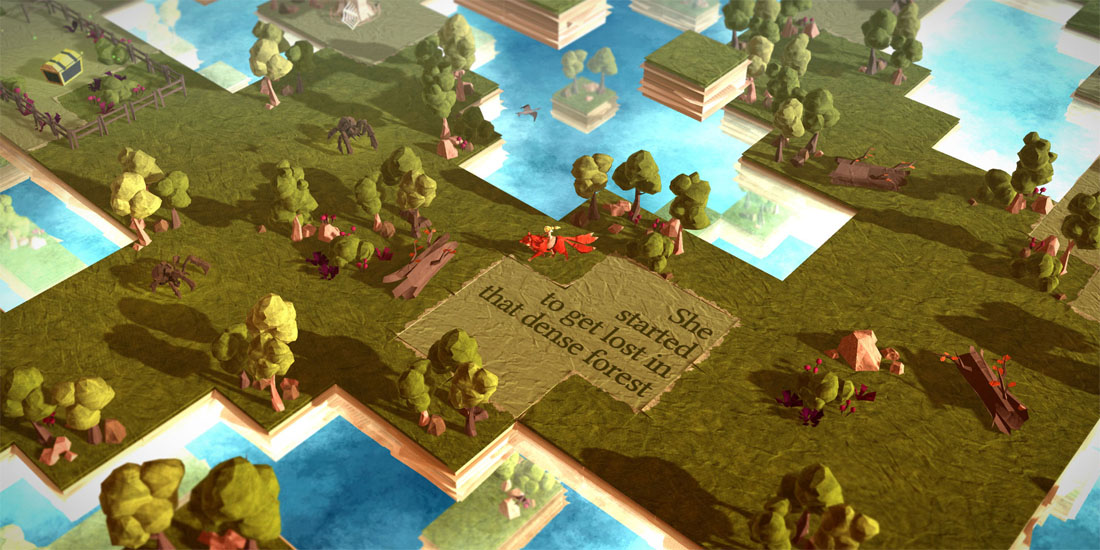 Epistory’s strength is that it’s a great way to get calm and zone-out. There’s definitely a lot of satisfaction to be had from wandering through a forest and tidying things up; I imagine it’s the same feeling GN's Steve gets when he finds an excuse to do cable management. The central typing mechanic also makes the game very accessible—the only skills you need are ones that you (hopefully) learned in middle school.

“This must be what it feels like to be good at video games” was a pretty common thought as I was playing.

Epistory is visually pleasing. I initially assumed the origami aesthetic would figure into gameplay more, but it never does—everything is origami because it’s a story, and stories are books, which…are paper? It’s never really explained, but it doesn’t need to be. The effect is well-done and a great way to use low-poly models without looking like a PS1 game. Still, my GPU seemed like it was getting awfully warm for a 400MB typing game—hopefully a little bit of optimization is on Fishing Cactus’ to-do list, but make sure you check the minimum requirements on the Steam page.

Early access games are tricky to evaluate. Epistory is definitely a long way from finished, and I was constantly experiencing bugs like “the quit button doesn’t work” and “tabbing out makes everything disappear,” but the devs have plowed through a lot of the major issues I had even in the couple weeks since it was made available. The official schedule is bug fixes now, and the next game chapter released in a month(ish). I’m PRETTY sure I finished the first chapter in about an hour and a half, but it’s hard to tell whether I’ve actually finished, or if there’s a bug preventing a new area from being revealed. Oh well.

At least Fishing Cactus’ blog and their Steam news updates make me pretty confident that they’re really working towards a finished product. If a simple, calm typing game sounds interesting to you, $10 is a decent price—but maybe wait until another chapter or two see release.

We will likely revisit Epistory closer to launch, for those who like to read reviews based upon a complete title.