This is the game Dr. Evil should have been playing instead of playing with Austin Powers. World domination was never so easy... Comparatively speaking. 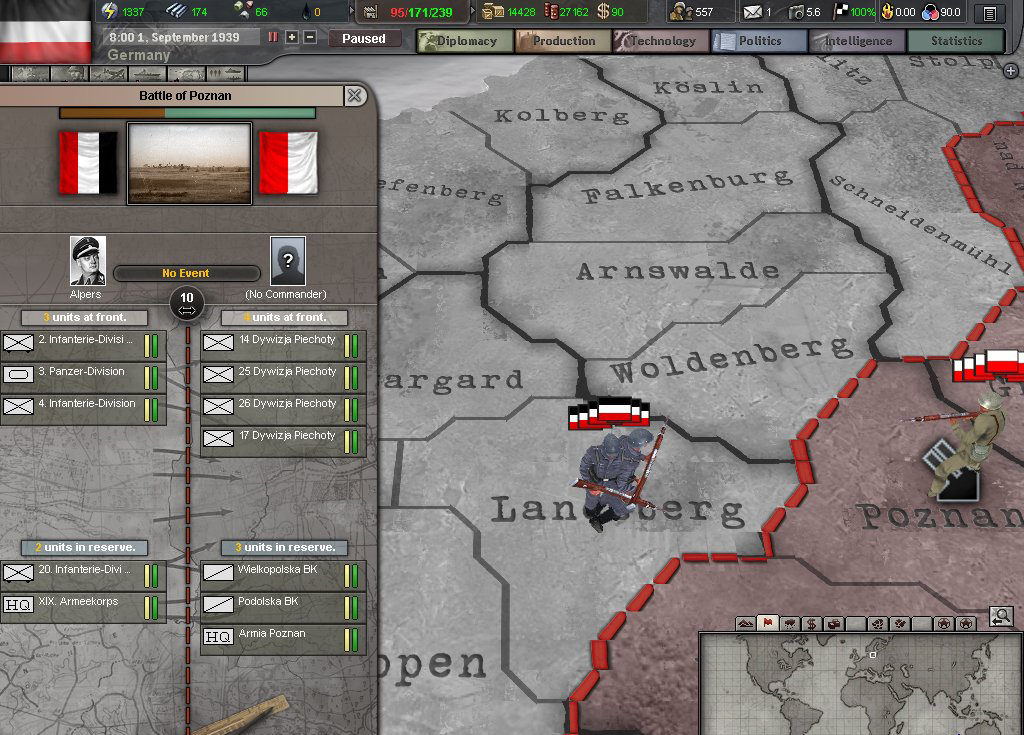 I just wanted to know where the "Go" button is!

Let me just say right off the bat that Hearts of Iron III is probably one of the most difficult games I've ever played in terms of being able to just pick it up and play. I normally put RTS’s down faster than they install, but that's only because I don't have the patience required to figure out the little nuances of microing little people or, in the case of Hearts of Iron III, whole battalions consisting of multiple thousands of men. I really wouldn't recommend this game for someone who plays first person shooters all day, this really isn't your type of game, even if you think “I could do that,” you really couldn't. 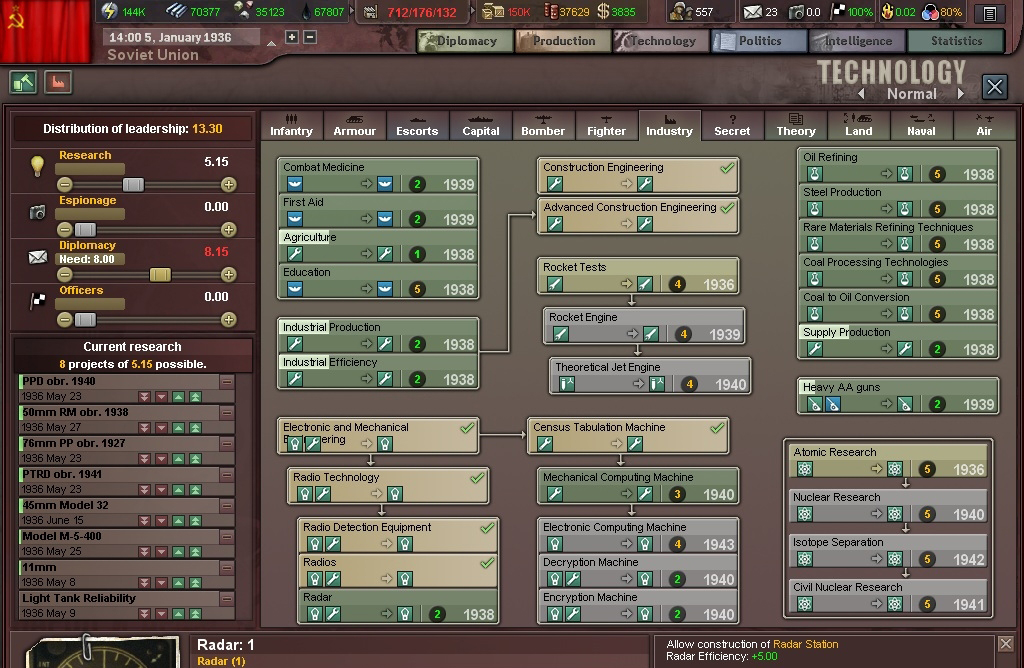 There's not that much to know. (Right Click + View Image for detailed view)

With that out of the way, let me say Hearts of Iron III is packed with enjoyable content, it just takes some study to learn the gameplay. The fundamental elements for a strategy game are all here, smelted in a furnace and hammered into that Sword of Ownage you’ve always wanted. Grand Strategy is a very competitive genre with the Total War series, but HoI:III follows through and delivers a game that feels epic to play.  Being a Vulcan, I don’t have feelings, but the ability to move battalions from anywhere to anywhere (over 15k+ provinces) makes you feel like you're really commanding the entire nation, really waging war on the world, and it feels good, feels epic. Graphically, Hearts of Iron III makes me think of a computer version of Risk; though, I suppose that is part of the goal of the designers (with both games being similar concepts). The game world is filled with information that actively fuels your war machine, but we all know how efficient those gas-powered engines are, and without a player to utilize said info, things get confusing - fast. This is one of the first points making Hearts of Iron III difficult to play for most people, but also one of the reasons that people love the Hearts of Iron series. The amount of information on the screen at any one time is simply staggering and overwhelming at first. I'm the kind of person that will skip the tutorial level and simply go straight into the game believing that I'll “figure it out as I go along.” With Hearts of Iron III, that’s not an option. War is waged on information, and you are presented with it. A lot of it. If you don't do the tutorials, you’ll be lost in the ether of the game. Forever.

In terms of gameplay, once you've got your war machine adequately 'lubricated,' you can send groups of battalions into neighbouring regions and begin your world conquest.  Based on a selection of key determining factors, your battles will won and lost based on: soldier quantity and quality, intelligence, technology, time of day, weather, etc. The battle itself isn't seen, but you get a status bar showing the current status of the conflict. Personally I like this, I think seeing the battle itself could clutter the game screen. It reminds me of the old Championship Manager games, where the important information relevant to the current game would be told on a series of moving status bars.

Short Term: There's nothing about Hearts of Iron III that could be considered short term, but that's not a fault of the game. It's more a fault of the genre. The only way I can even remotely think that it could have any short term capability was if you sent your army somewhere then went to watch YouTube while they moved. Even then there's the chance that someone could attack you from the other side of the map while you get Rick Roll’d. -  50

Long Term: Long term is where a game like Hearts of Iron III really makes its mark, and it really does. The heroic feel alone is enough to make hardened veterans shake at the knees. The amount of information given out at any one time would make them salivate to the point of drowning.  On top of that, the multiplayer aspect keeps them at their computer for days on end. - 90

Overall: Hearts of Iron III is a well produced game that could give someone who loves Grand Strategy games hours of endless war-making fun. That just wasn't me. I can appreciate the good points of this game though, and they far outweigh the bad points. Assuming the player is knowledgeable of the series and able to use the information to its full potential, we’ll give this one a solid 70.