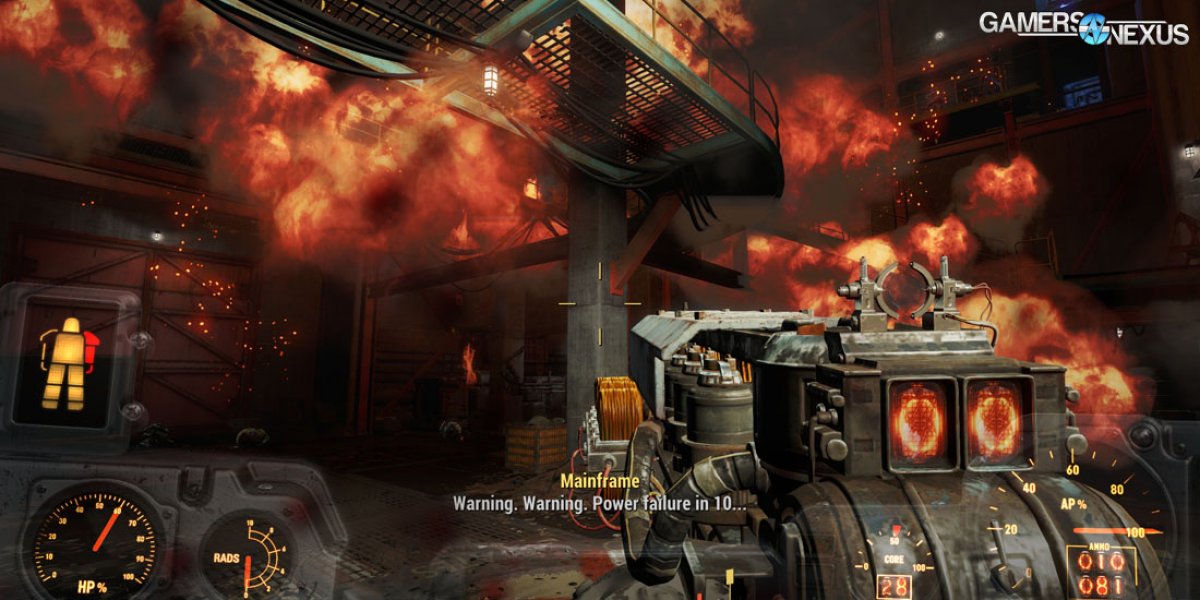 A Short, But Solid Storyline 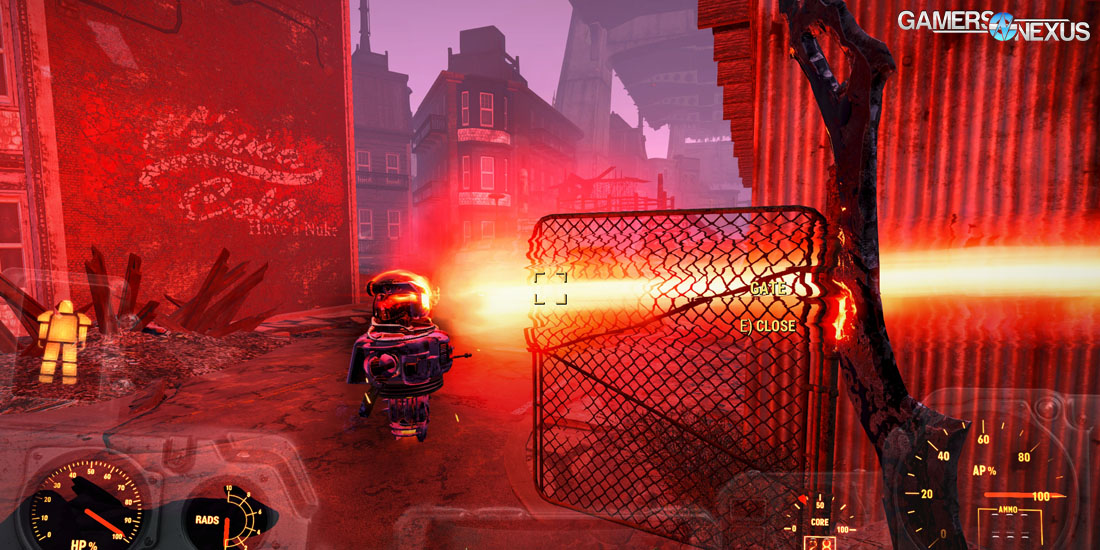 (Note: this will not contain any spoilers past the initial beginning of the quest, but it will contain general information about atmosphere and background.)

Many of the side quests in Fallout 4 are linear and predictable, generally leading to boredom. This can be the case because the dungeons are often the same – destroyed building, ghouls, raiders, super mutants, maybe gunners – and the objective is often the same. Every time, it’s “go here, kill that, come back.” Automatron doesn’t do anything radically different in its quest objectives, but its solid storyline and impressive setting make up for this.

The story starts out with saving a caravan under attack from a group of robots. From here, the player speaks to a sentient robot named Ada, who reveals The Mechanist is sending these strange robots into the wasteland. Part of the motivation for Ada and the player stopping The Mechanist is seeking revenge for those who have been killed by The Mechanist's robots. Amusingly, the subtitles often represent the robot’s bleeps through phrases like “(aggressive bleep),” “(pained bleep),” and “(wary bleep).” There is little about The Mechanist or his/her motives revealed until the end, but background information is scattered throughout the missions. 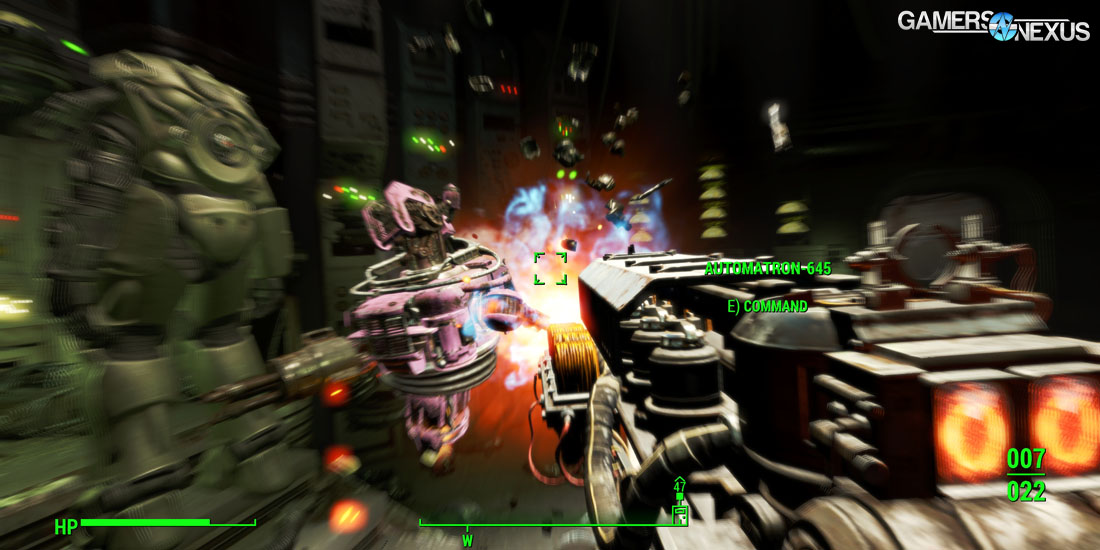 Despite a lack of background about The Mechanist, the storyline wraps-up tidily, with an unexpected twist and logical explanation. The one downside to the story is that it is short. All of the objectives can fairly easily be finished in 3 hours, which includes a lot of searching around for loot and reading terminals. Essentially, the Automatron story – while good – is a glorified side-quest. Unfortunately, adding to this, Automatron also doesn’t add any new land masses; there aren’t new areas to explore.

The Automatron DLC does add interiors, though. Two new dungeons are present: a tech-raider’s lair and The Mechanist’s lair. Both of these have an immersive atmosphere that differs from the rest of the game. It may be abandoned buildings, raiders, and robots – all common Fallout elements – but the unique robots and technological raiders (with robot armor) throw a new spin to these dungeons. The Mechanist’s dungeon is especially interesting, with its varied environments that range from brain harvesting stations to furnaces for burning dead bodies to robot assembly lines. The dark atmosphere in much of the these dungeons make energy weapons and explosions stand-out in an impressive way. The Mechanist’s lair also contains many terminals which expand the Fallout lore and reveal what was happening in the factory. 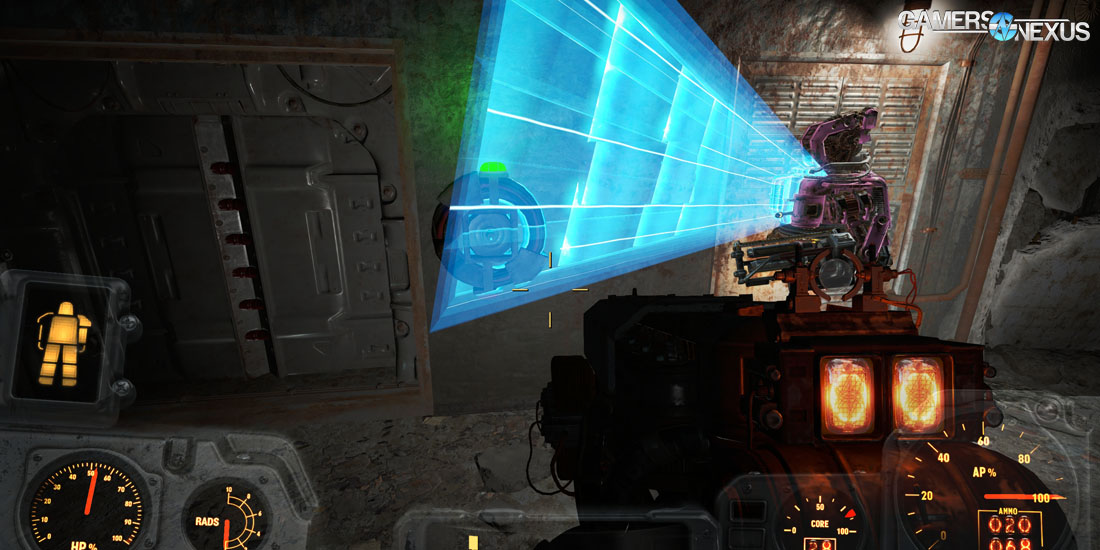 The primary downside of the Automatron storyline is that it is short. The ending felt early. There was still the desire to explore and learn more about The Mechanist, robots, and the new lore, but no opportunity to do so.

Once finished with The Mechanist quest lines, all of the robot schematics are unlocked and allow players to build any combination of robot parts (with the appropriate perks and supplies). These robots can either be companions or settlers at a settlement. Like normal companions, only one can follow you at a time (so for Robot armies, try the Robot Home Defense mod). That being said, these robots can be modded to be unfairly powerful. Tons of mods can be applied to robots to allow them to move faster, hit harder, carry more, withstand more bullets, have different voices, shoot lasers out of their faces, and more. It inspires an interesting dynamic that makes normal companions somewhat lackluster – except for their personalities – since a robot can be tailored to what each player specifically wants. 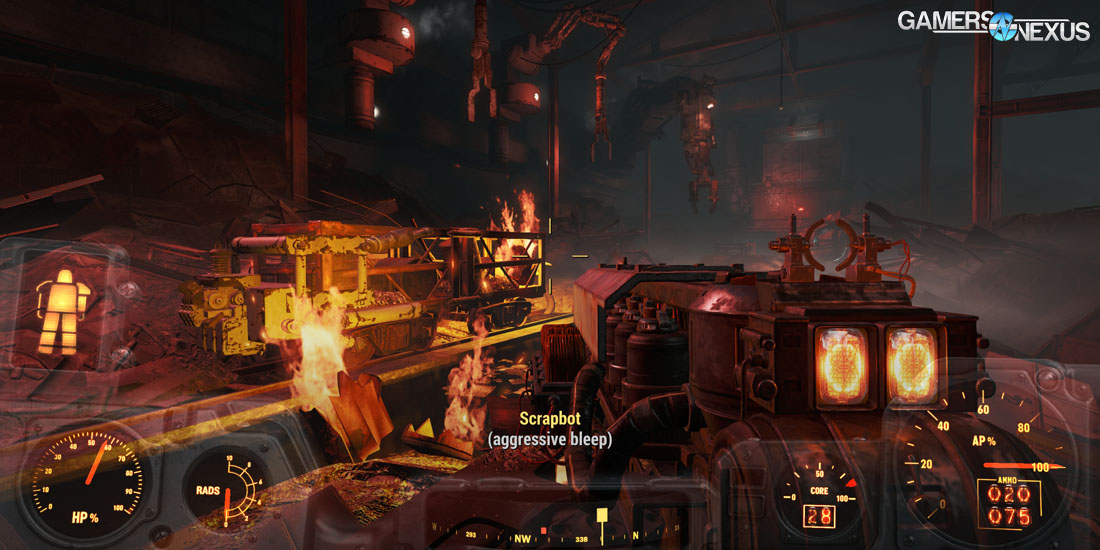 Despite many parts of Fallout 4 initially having annoying bugs, robot crafting and robots had surprisingly few bugs. The only bugs we encountered were reflected in pathing for robots as companions, and my robot using its face-laser against enemies – and occasionally walls – at point blank, which blows off its arms.

These robots can function as normal settlers and can be assigned to certain tasks like farming – although farming with guns for hands may not be easy – and defense. Eyebots can also be created, but they can’t be companions or settlers nor can they be modded. Eyebots are created and managed through Eyebot Pods, but they can only be used to search for specific types of ammo, scrap, or explosives (grenades & mines). The Eyebots are interesting and moderately useful for those who want to know where to look for certain materials (they will locate it, but not retrieve it, the player still needs to do that), but it's disappointing that Eyebots can’t be modded, made into companions, or made into settlers. 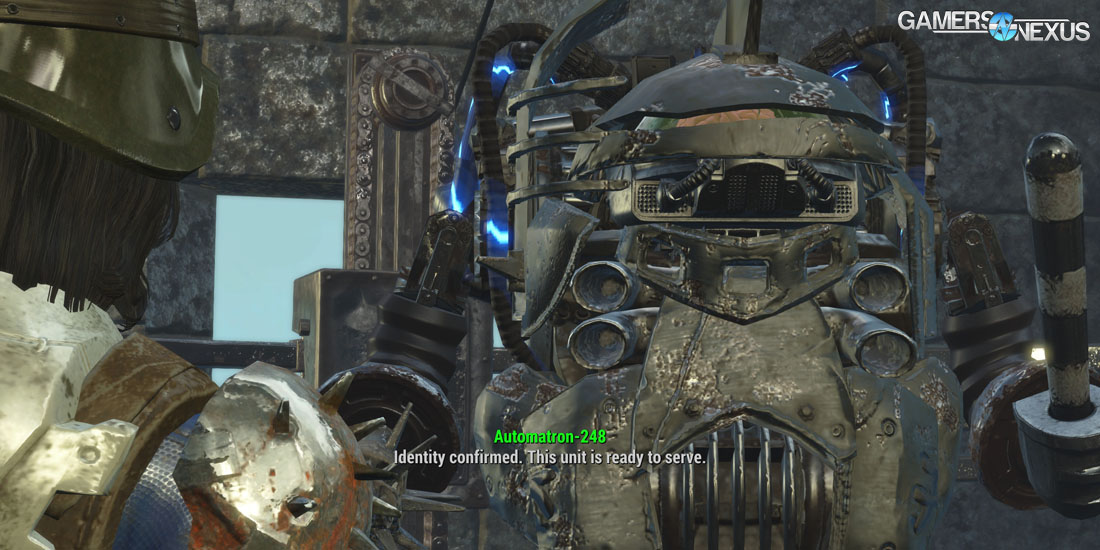 Automatron, Bethesda’s first DLC for Fallout 4, is a solid addition to the game. The storyline (and accompanying atmosphere) adds some variety and is enjoyable, albeit a bit short. The larger addition is the robot crafting, which provides a lot of options and further specialization for how to spec-out a character since now companions are also customizable. Outside of a few minor bugs, the robot crafting works surprisingly well. Automatron is certainly fun and, at $10, is worth getting for die-hard fans who want to add another element (and an accompanying side quest) to Fallout 4. For more casual players/fans though, I suggest to consider waiting until a sale and, for the time being, installing Robot Home Defense along with some other mods to tide you over.