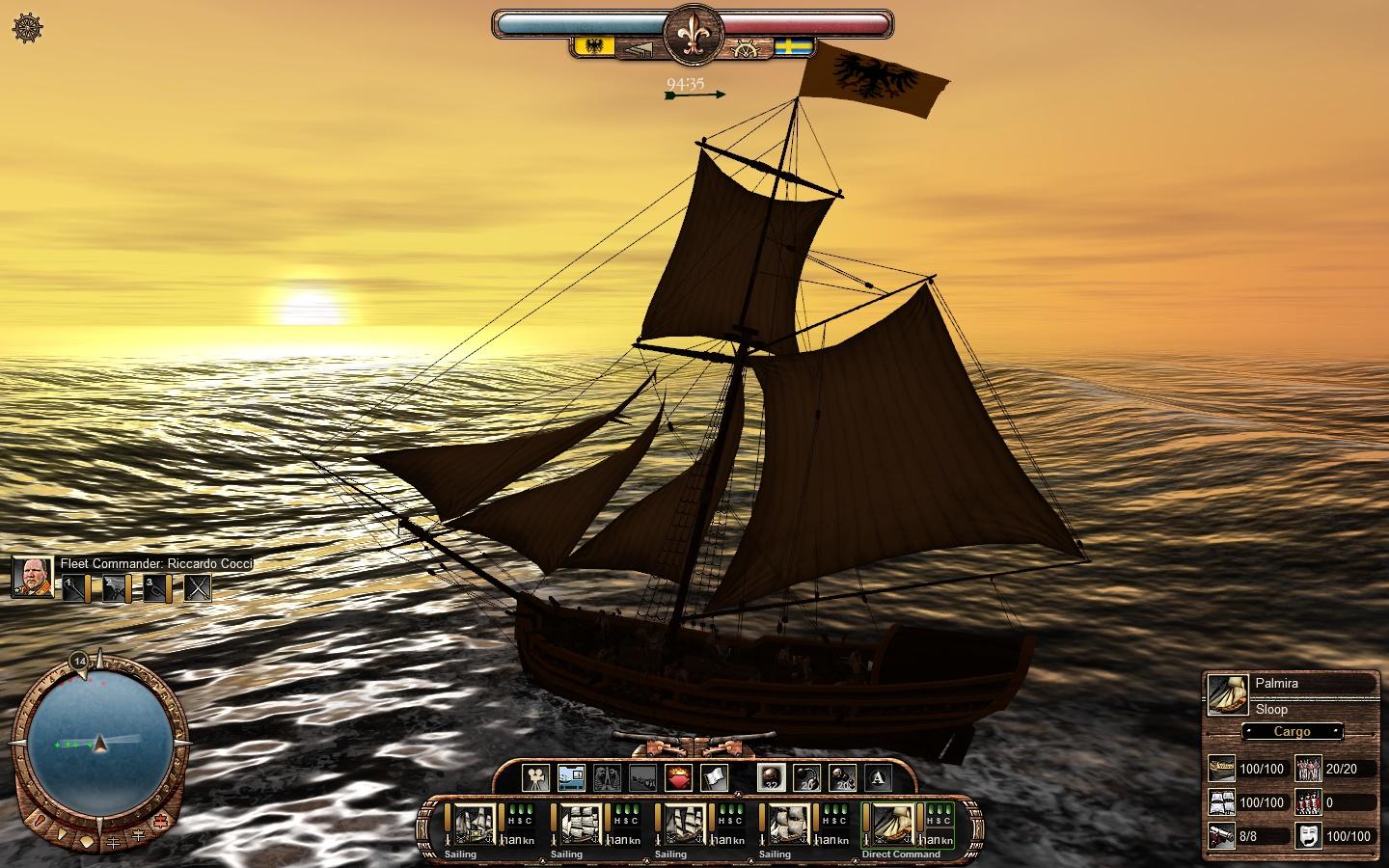 Rushing and turtling are the two oldest strategies in the book for the RTS genre, but what I found was more of a spreadsheet-based… uh, thing. I expected East India Company to be a standard RTS: create a fleet, attack a port and bleed it dry before someone comes along to challenge you. Rinse, repeat. I was shocked when I started the game and it gave me a set of goals that weren't just “Capture Bombay,” I actually had something to do in a real time strategy game that didn't place unwanted emphasis on battles and warfare. I have an idea why East India Company didn't place emphasis on those parts though: they're not very good. At all. 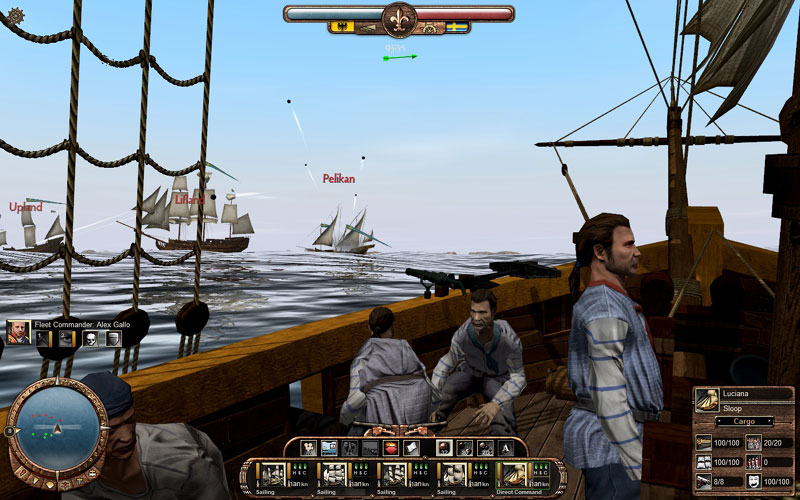 I understand that we're looking at a map that has a grand scale, but if the ships and cities can have cartoonishly large features, relatively speaking, then why can't the soldiers and men on the field? Ships are slow beasts, and that is reflected in the combat. The combat overall is mediocre. Sure, you can jump into the battle or auto-resolve, but there isn’t a ton that you miss by auto-resolving. The idea of being able to manually steer ships from an over-the-shoulder kind of view is a redeeming quality, of course standard top-down controls are also in place. The battles are by far the most boring and tedious part of East India Company. Thankfully, they're only a tiny part of the larger game. You can sometimes avoid battles altogether, especially early on, if you're not bothered about paying a little more for the trade items and aren't too bothered about the secondary objectives. 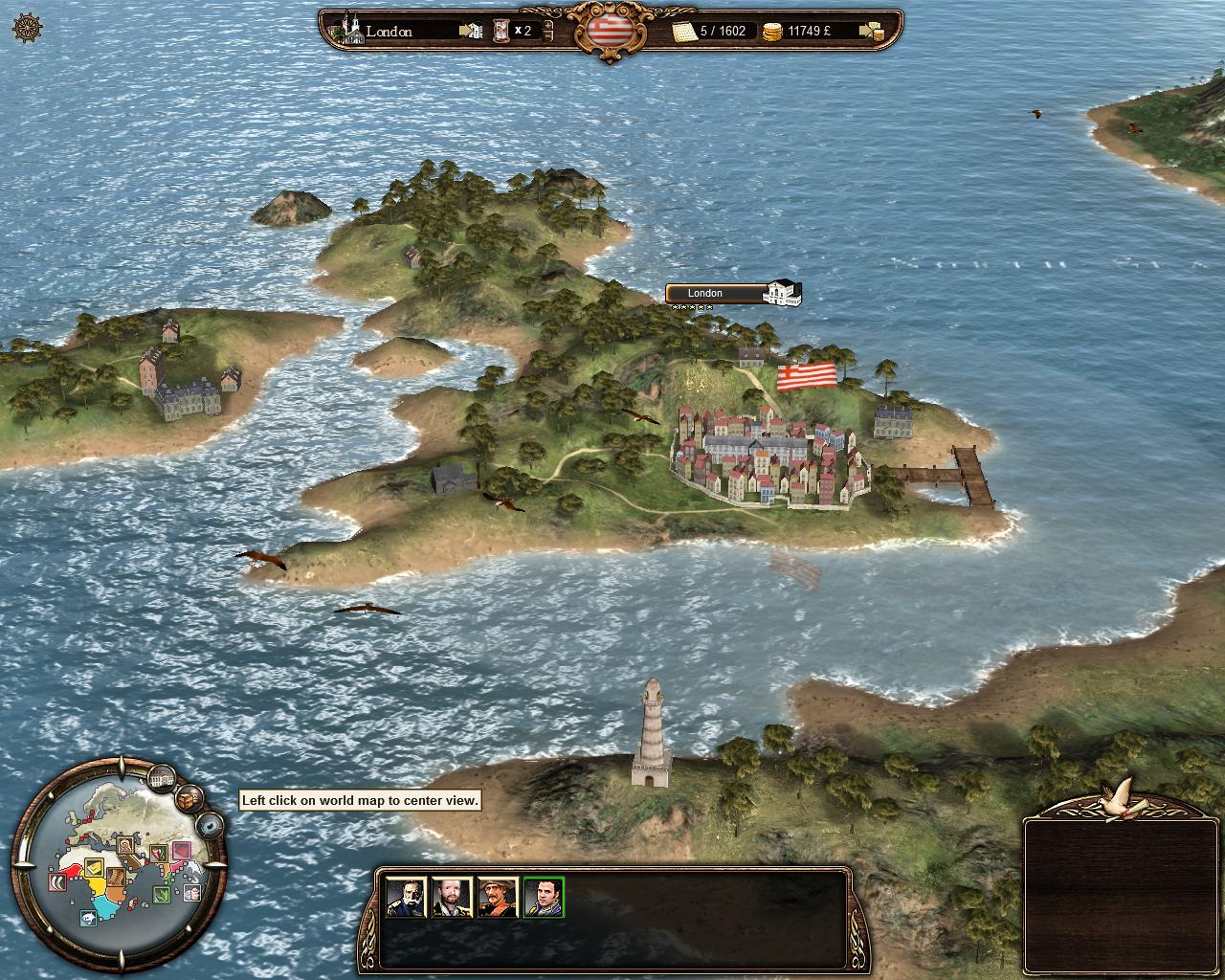 The main crux of the game, the actual trading part, is actually quite fun. Essentially you buy items from one port, sell to another for a profit, and then enter the cycle again. While this doesn't sound particularly exiting the fact that suddenly, for no reason, another port on the other side of the world could require a trade item and are willing to pay through the proverbial nose for it, makes things dynamic and somewhat realistic. This is good for you, turn ‘round, and sail as fast as you can to that other port before someone else satisfies their need for the trade item in question. This game mechanic prevents players from just setting their ships gathering and depositing in ports around the world to collect the largest amount of money possible, you actually have to be on your toes, ready to turn around at a moments notice. 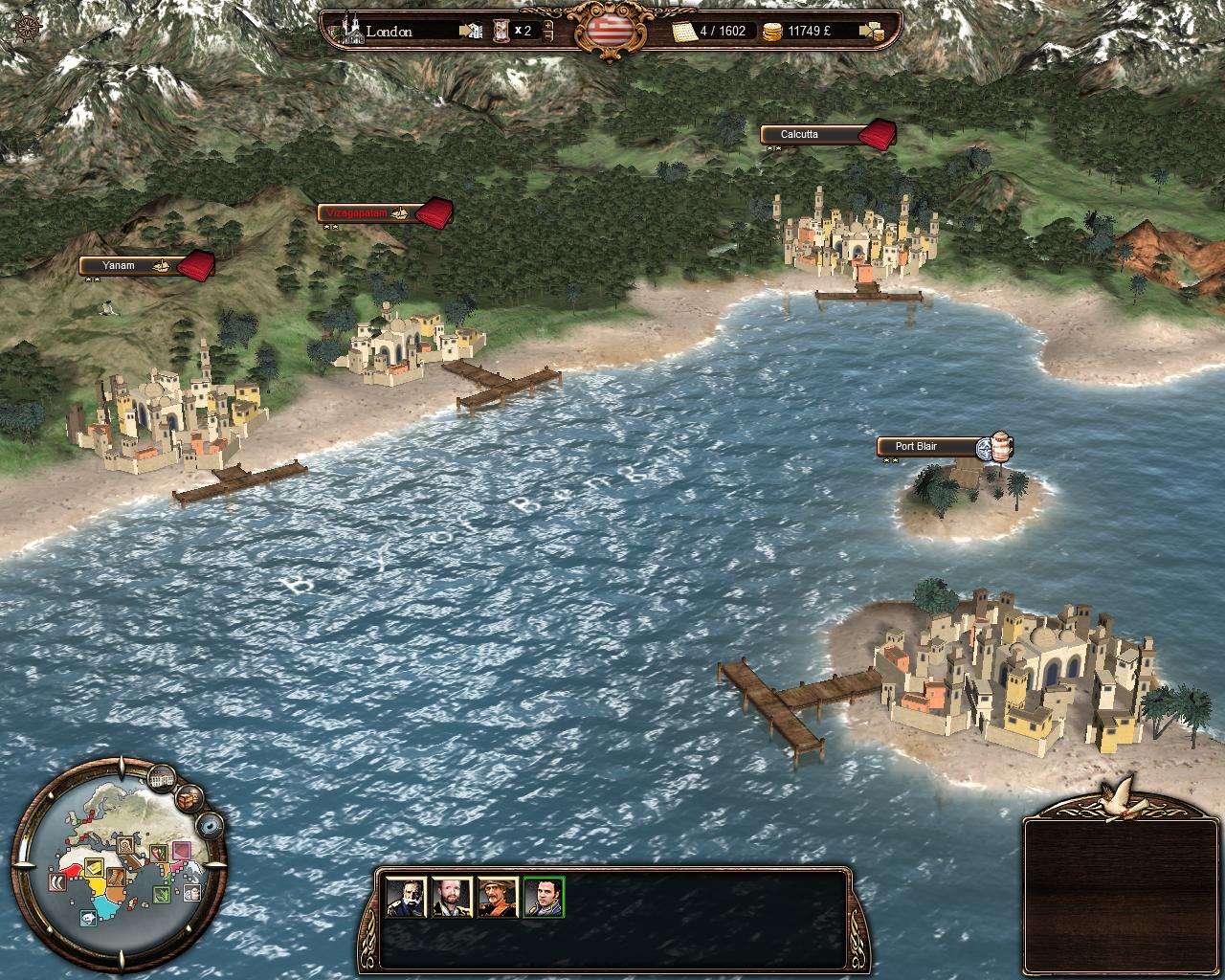 The aim of East India Company is to succeed on a set of particular goals. Some might be, “Import 500 tons of silk,” but you can’t just go out and buy the silk in India and return, you have to think like a slimy business man. You can't afford, or carry, all the silk in one go so you've got to get out there and do little bits of import jobs, get some money, go buy a little if the required silk and bring it home. Then go out and do it again. If you try and get too much at once you run the risk of going bankrupt on the way home. Not a good way to go. 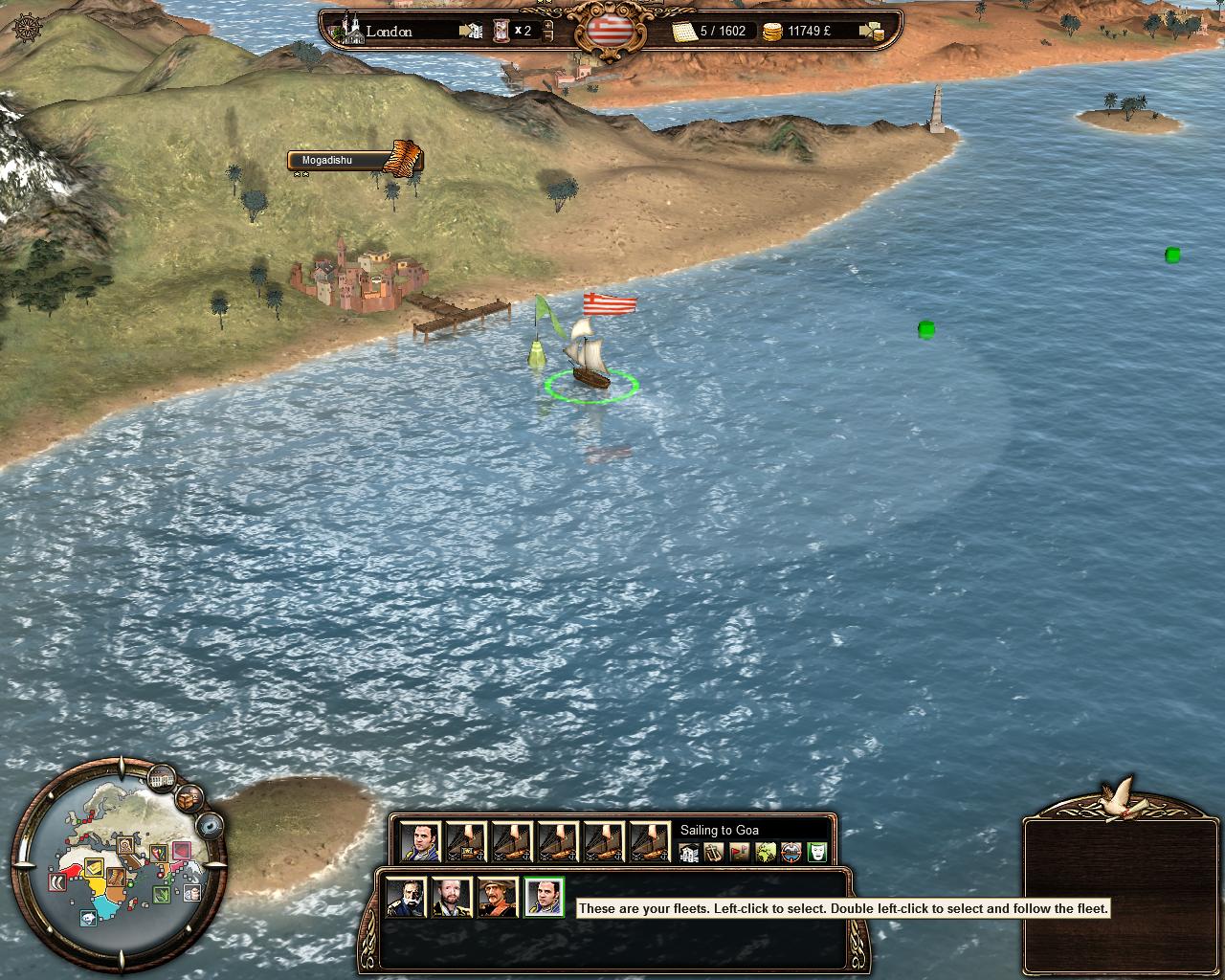 The new expansion pack for East India Company is subtitled Privateer, I must say that I enjoyed Privateer much more than the original game. The difference between the two games is that in Privateer you work for yourself, not a company, not a country, yourself. That means that the aim of the game changes because you aren't needed to import a certain amount of items into the country to stay in business. The aim of the game is simple: You have X number of years to get rich. That's it, the port system changes slightly in that you can only safely buy trade goods from ports that aren't owned by a country, unless you smuggle them, where you run the risk of getting caught and forced to stay in port for a year, but everything else is the same. Well, except more fun and less tedious.

Short Term: East India Company works better as a short term game than a long term one thanks to the little mini goals you get given along the way. East India Company: Privateer works even better. A few plays however and the tedium might start to set in. - 70

Long Term: As a long term game East India Company falls flat on its face. The boredom of doing the same thing over and over again sets in very quickly and there's just not much else going to make “powering through it” a worthwhile option. - 50

Overall: East India Company is a good game if you see yourself as a virtual company mogul and enjoy micromanaging spending and selling. Actually, sales people would probably like it… if they could run it in Excel. If that's not your thing then there's nothing much here for you, the battle system is barely evident and nothing much else happens in the gameplay aspect. East India Company: Privateer however is much better for short term play and it's easy to get lost spending and selling, watching those profits soar, for a couple of hours anyway. -