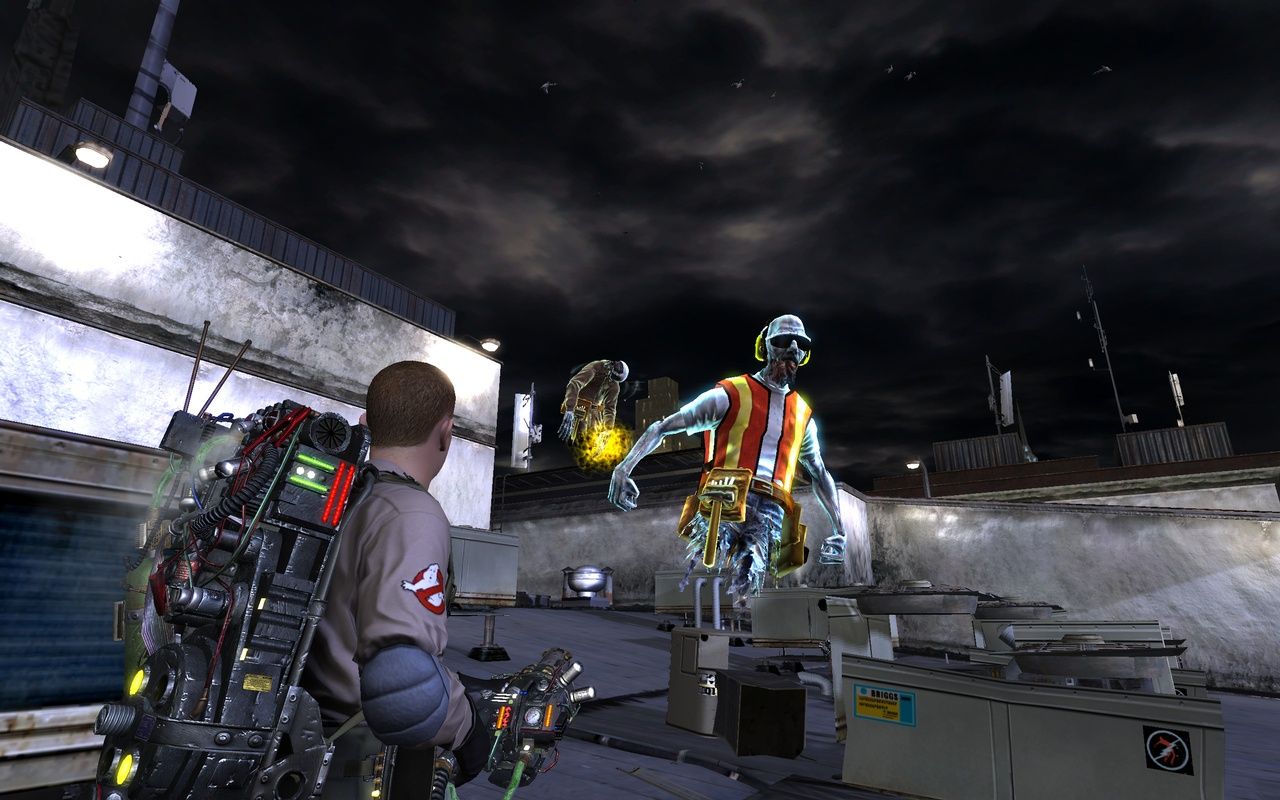 For years now the people behind the original Ghostbusters films have been teasing us with little pieces of information about a new Ghostbusters that they've been working on. Five years since the rumors first started and what would have been a new film has been made into a next generation video game. Everything's here, humor, ghosts, Stay Puft, good ol' Ecto 1 (the car, for all you people younger than me, which sadly is quite a few nowadays) and even most of the old cast is back reprising their roles. I'll do my best to talk about the qualities of Ghostbusters: The Video Game without getting all gushy about the film franchise, I'm not making any promises though. You were warned. 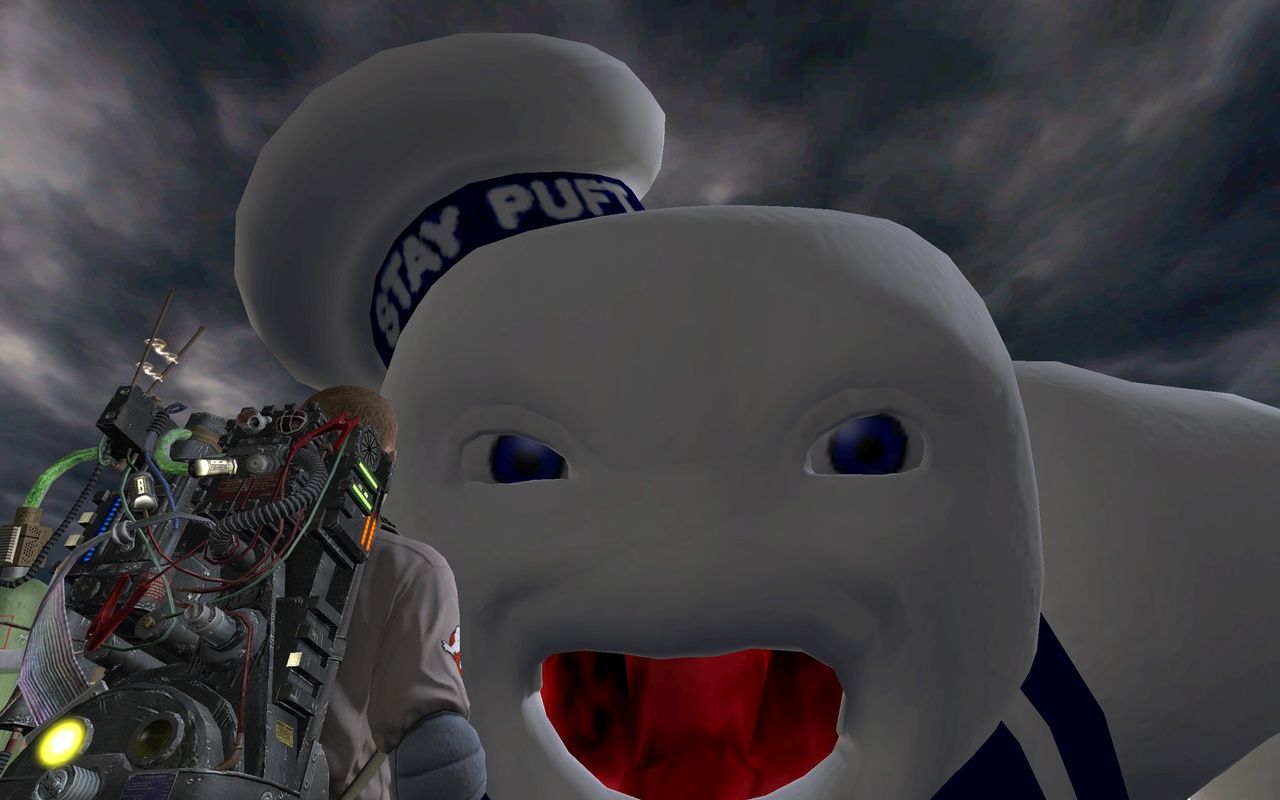 The very first thing you should know about Ghostbusters: The Video Game is that it's written by Dan Aykroyd and Harold Ramis, the same as the first two films. So the game we're getting is as close to Ghostbusters canon as we're ever going to get. That being said, it goes part way to explaining the games main let down. It's length. I played through the entire game, exploring every nook and cranny, buying everything I could, trying to find easter eggs. The lot, and I finished the game in just over 6 hours. To me that made Ghostbusters feel like a movie that I had the privilege of playing every now and again. The major set pieces happened in cutscenes (with the exception of the Stay Puft Marshmallow Man level), and everything that I could actually take part in was all the same stuff, shoot ghost with particle beam, trap ghost, next ghost. It made me feel like a Ghostbuster, which I suppose is the point of the game at the end of the day. I wanted it to feel like more than just your every day, over the shoulder, third person shooter. It just didn't. 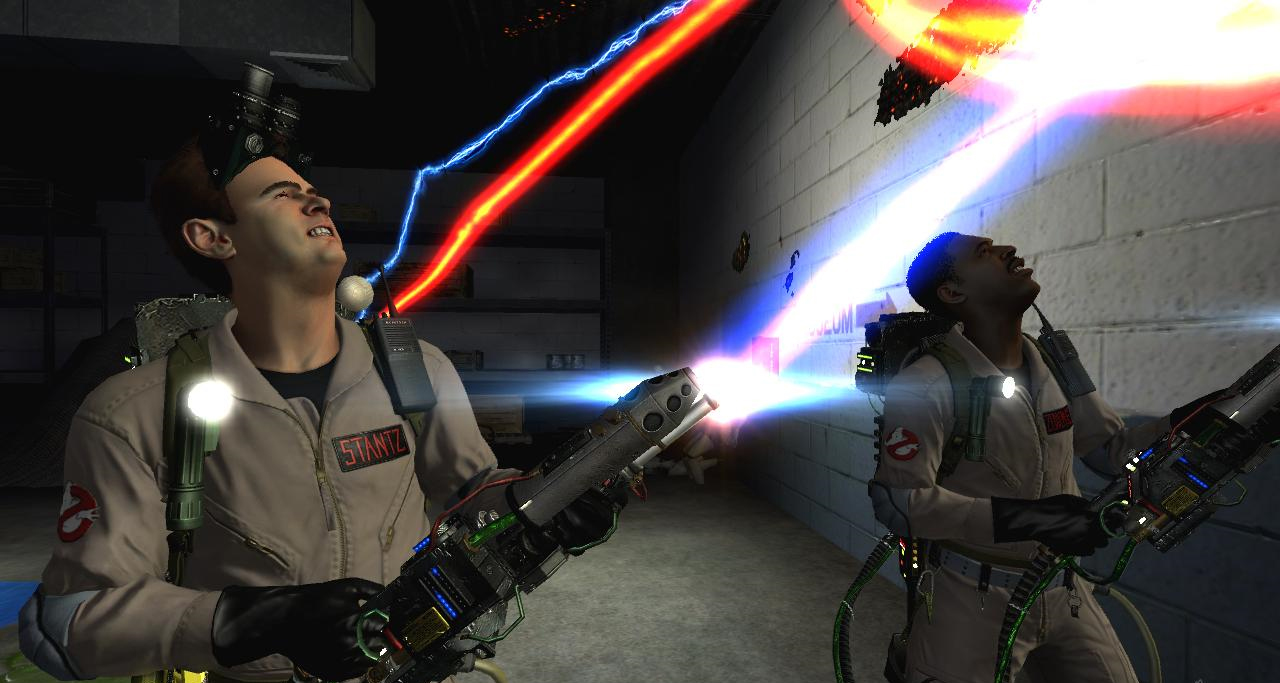 I didn't play Ghostbusters: The Video Game initially because I thought it was going to be the next Gears of War. I didn't expect the moon and I didn't get it, what I wanted was Ghostbusters III, the next film in the franchise, and I sure as hell got that. The writing styles of Dan Aykroyd and Harold Ramis haven't been diluted in the 20 years (holy hell has it been that long?!) since the last Ghostbusters film. Everything I wanted, and more, has made it into the game world. They reference the films subtlety without ramming it down your throat, which was a welcome change from most of the sequels to older films we've had recently (*cough* Indiana Jones *cough*). The characters remained true to the original franchise and even the new characters felt like they wouldn't have been out of place if they had actually made Ghostbusters III a few years after the previous film. 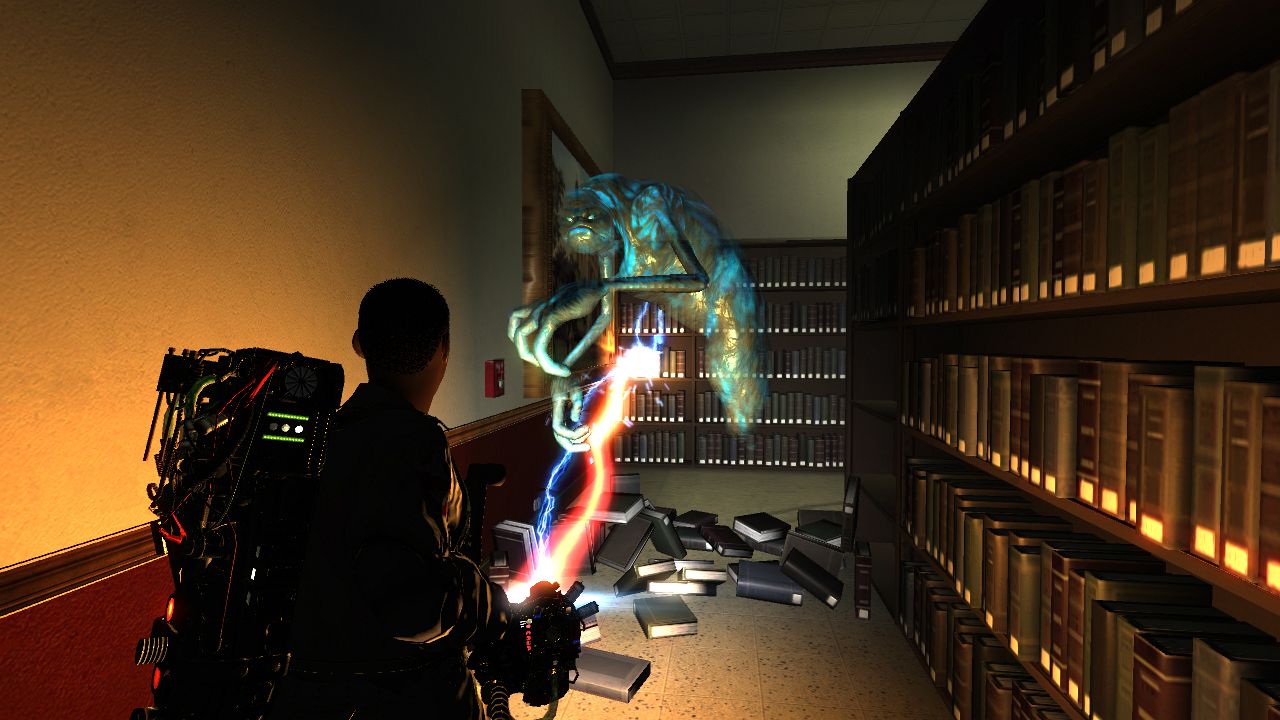 Ghostbusters: The Video Game isn't a fantastic game, it's good, but there are plenty of better games out there that deserve the money that would be spent on them. This isn't one of those games. Having said that though, at just over 6 hours playtime it's not a waste of time and it's definitely worth a rental, borrow it Friday, play the weekend and take it back Monday. Perfect weekend gaming material. Just forget that you’re playing a game and pretend that you're involved in the third Ghostbusters film. You'll get a hell of a kick out of it then. Believe me.﻿

Short Term: There are plenty of save point along the way, meaning it's very easy to pick up Ghostbusters: The Video Game and play it for just a short amount of time. Having said that, fans of the original films will find it hard to put down the controller and you'll genuinely feel like a new recruit for the Ghostbusters. - 80

Long Term: There isn't really much 'Long Term' gameplay here. At only 6 hours long, the main campaign is barely more than short term in itself and the multiplayer aspect is really only fun for about 30 minutes. After that it just gets repetitive. - 50

Overall: Ghostbusters: The Video Game is made by the original cast of the film franchise, written by them and voiced by them, so there's really no excuse not to at least rent it if you loved those films. It is definitely the third film in the series and as unmissable as the first two. If you're not interested in the franchise and are more interested in gaming, you can skip this. It's really not your thing anyway. -