“Achtung gave us no mercy as players, so we shall give it no mercy as reviewers.” World War 2 is no new theme to the RTS genre (or FPS, I’m looking at you, Treyarch), so how can Achtung Panzer: Kharkov 1943 make its dent in the war gaming universe? In short, it doesn’t. 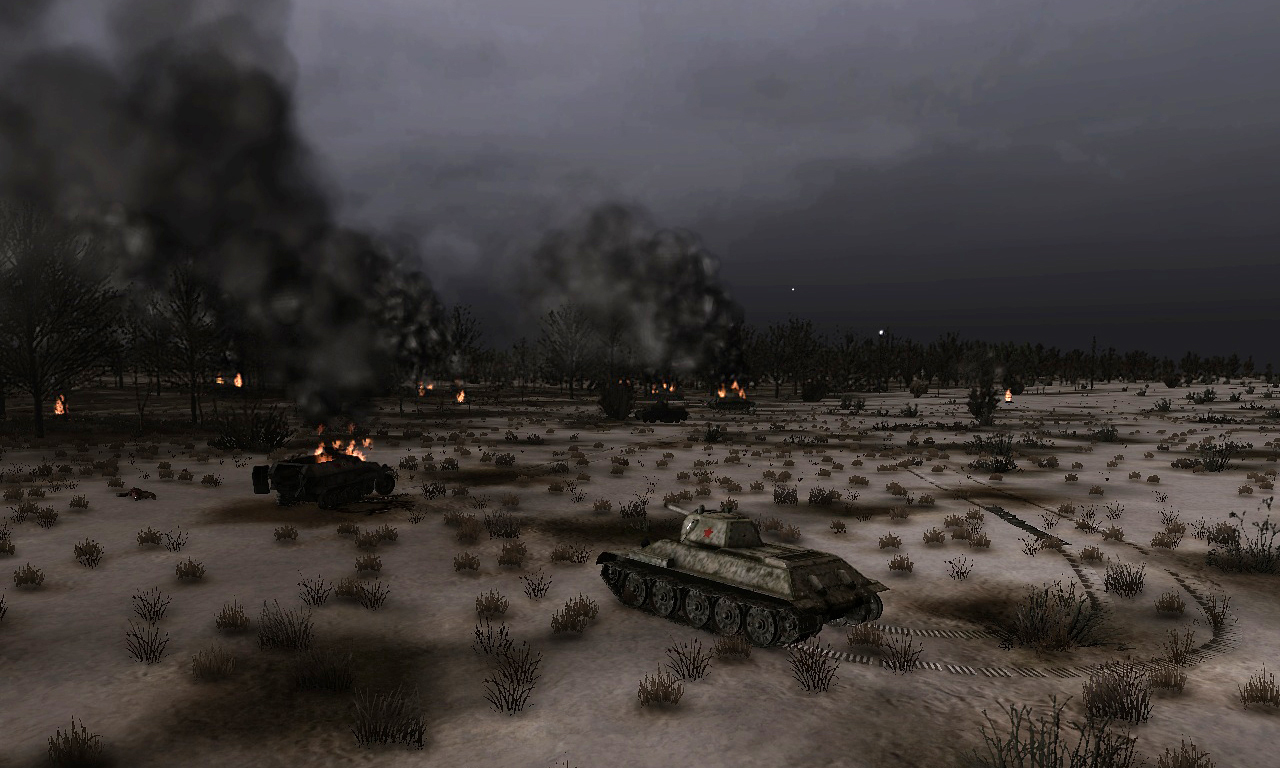 You would be lucky to find any variety in mission objectives, let alone gameplay that hasn’t been done before. Capture the territories from the enemy, kill his units, win the match. It’s a stale mechanic that has been employed for decades, board games being some of the earlier variants. Germans versus Russians is at least somewhat refreshing. It’s nice to see a different front of the war, but a good supporting history element does not revoke the game’s ‘meh’ status. 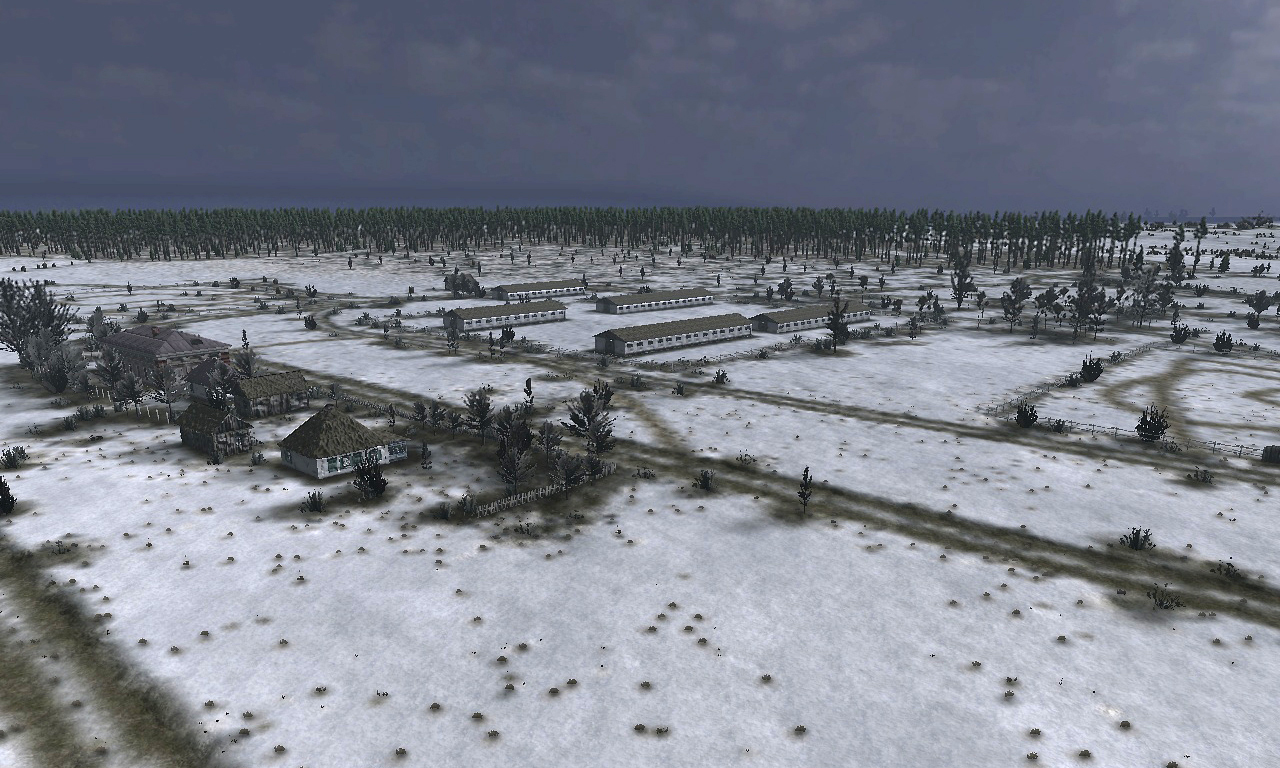 The bragging point here is realism. Weather conditions (and others) can affect multiple elements of the game, such as weapon accuracy and line-of-sight. The major drawback here is not so much in realism as it is in slow-pace: just because war realistically moves at a crawl does not mean it will make a good video game. The game is terribly slow paced at normal speed, though increasing the speed to maximum on the HUD can rectify this. The graphics do nothing but harm to an already limping game. They are nothing spectacular, and for the most part, the texturing is non-existent and lighting / shading are after thoughts. 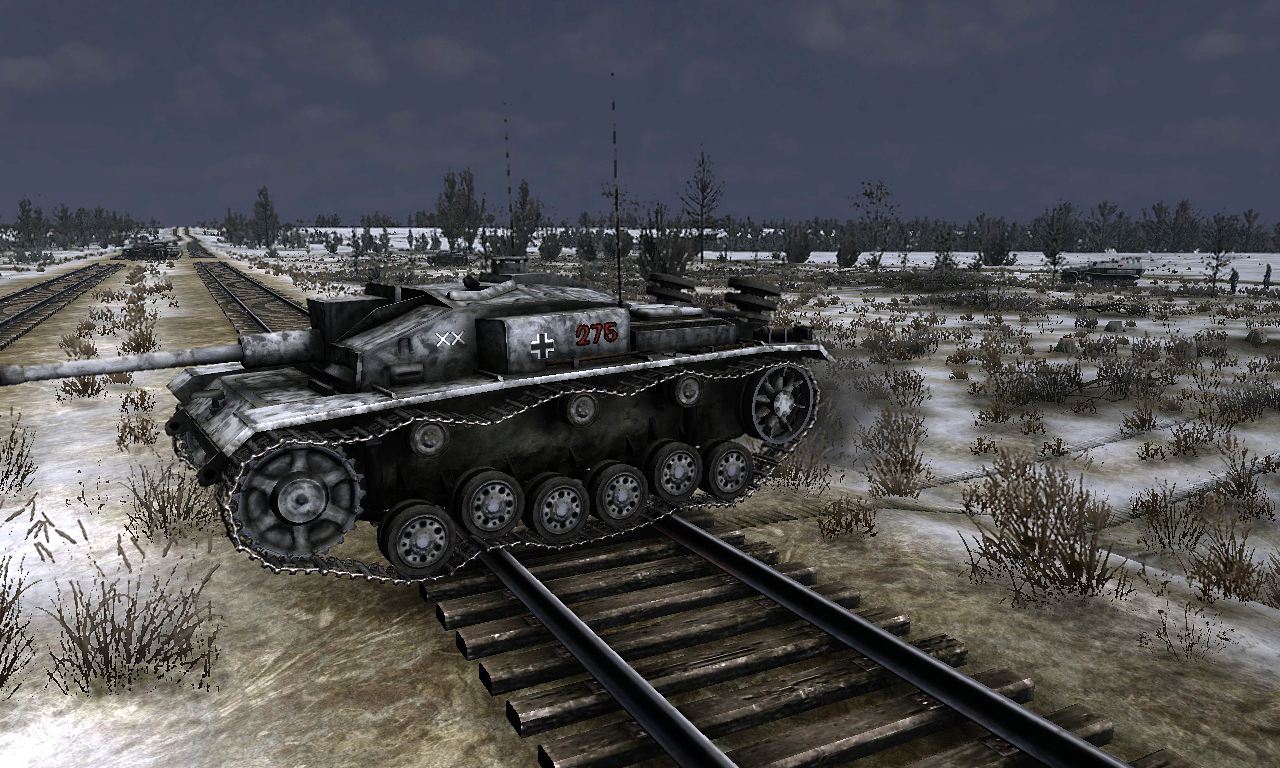 Unit assortment is bland and unimaginative, even for a game based on historic units. Standard issue tanks, artillery, spotters, and infantry are available, and each squad receives a different mixture of them. As a result, many a battle went on for what seemed to be longer than the Cold War. For instance, I got myself stuck in an artillery vs. artillery battle, incidentally saving the game and quitting after a painful hour of tracking down the enemy with my snail-speed arty. Achtung does pride itself in a lack of the dreaded “blobbing” tactic found in most other WW2 games (like Company of Heroes), in that the most units found on the field at a time is typically between six and ten. I have no quarrel with the lack of fodder, the only quarrel-causing element here is the oversized maps. Game balance is not a strong point in Achtung, small unit count should equate to small map size. For those who remember the original Age of Empires and Empire Earth games, where your inconsiderate opponents would hide villagers in all corners of the world after a two-hour long game, this is like that. All the time. 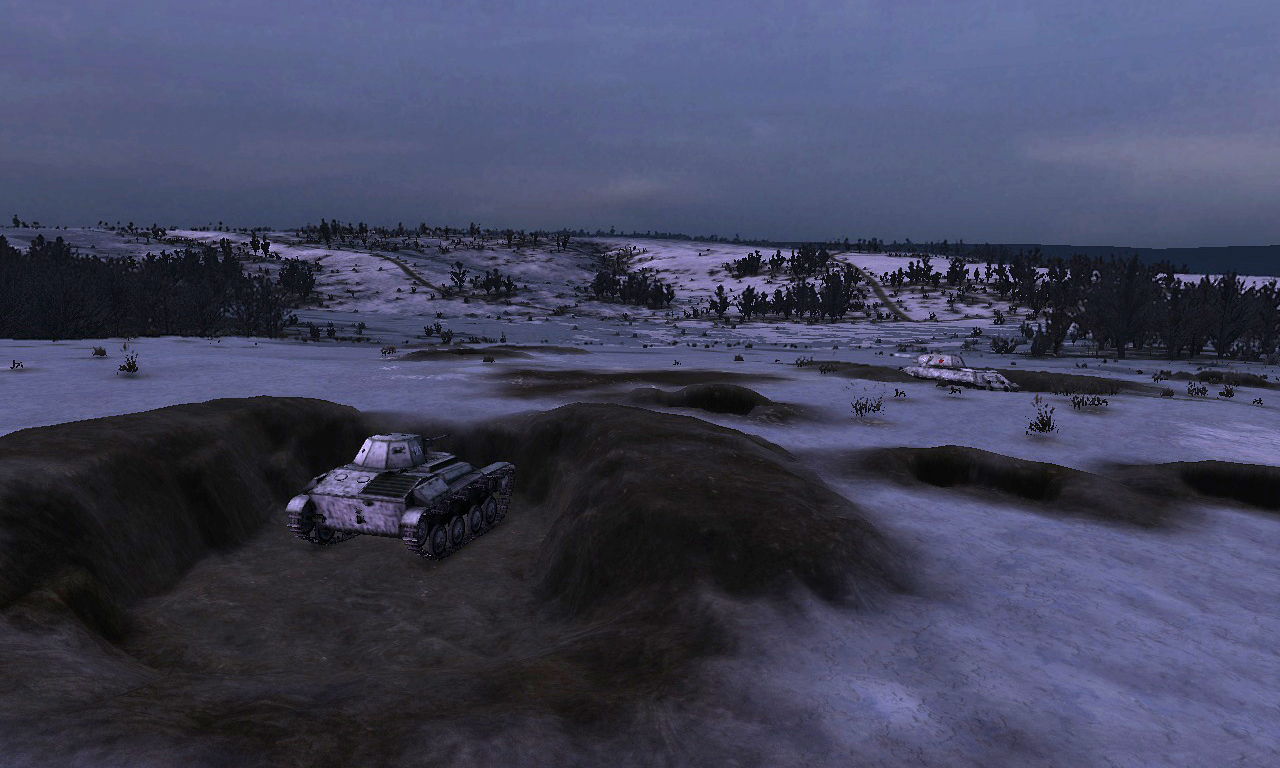 Lacking a proper tutorial, the multitude of HUD definition options are lost in a wave of confusion, in the end being more work than it is worth. It looked like it could be a redeeming quality, tons of different methods to customize units and indicators, but it may take some time to understand without a tutorial; this fits in with the rest of the game – Achtung gave us no mercy as players, so we shall give it no mercy as reviewers. Left to our own devices, GN staff worked together to figure out what each of the different options did and how they could be employed in battle, resulting in several trademark groans from the Editor-in-Chief. The HUD and its many options will easily overwhelm you at first, just remember that the secrets can be discovered through careful trial-and-error. 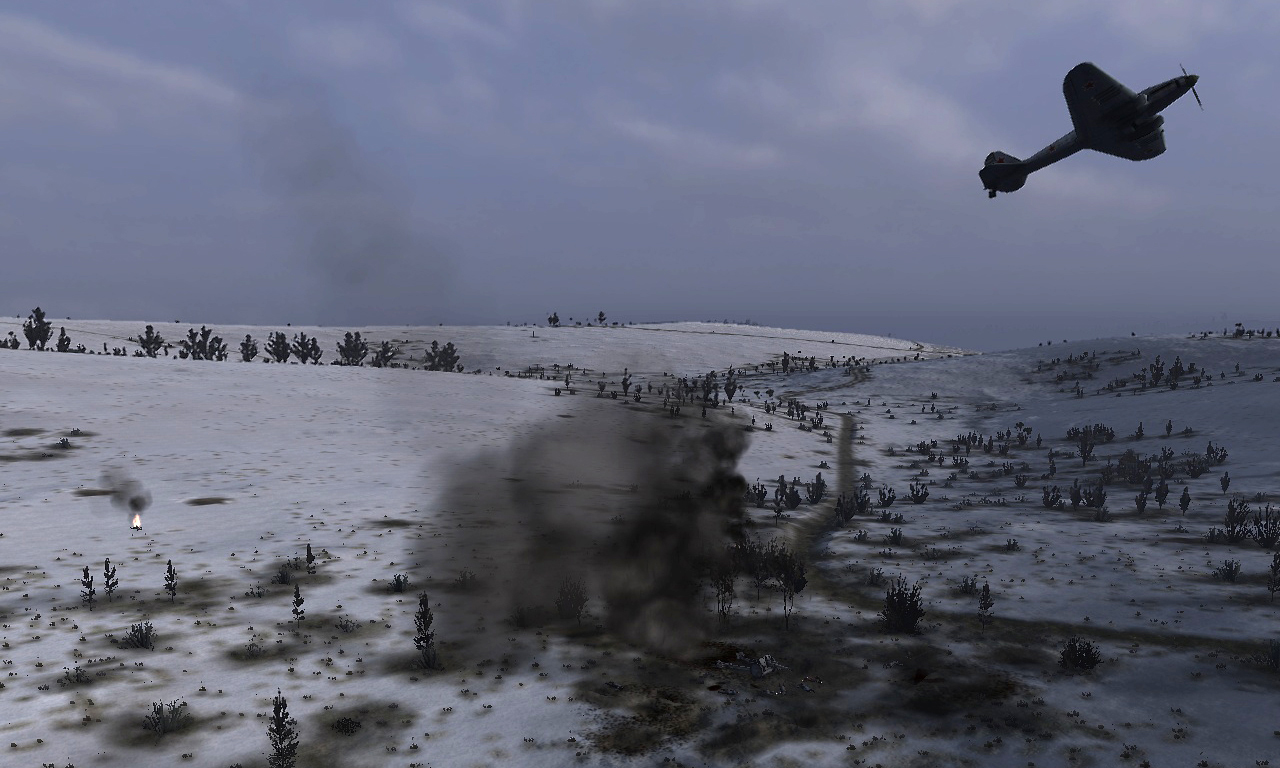 Pathfinding and AI are both nightmarish in execution. I found myself shouting “/facepalm!” as my troops, whom I had instructed to drive around a river, drove into the river and abandoned the vehicle, swimming the rest of the way. In some instances, my troops decided to disregard my orders to bombard or march on a particular area, and instead sit around on a perpetual coffee break.

Note: The trailer below is an official trailer. Gamers Nexus is not responsible for bleeding ears.

These AI problems, overwhelming HUD, and lack of a tutorial make Achtung Panzer: Kharkov 1943 a real test of patience, and anyone that can live through this has my respect. The start is extremely discouraging – very few standard RTS elements are present, controls are puzzling, and you’d do yourself well to avoid more than 30-minute jaunts until the game is fully understood. After finally understanding how the game worked, I discovered how much of a grind the gameplay is, something best left to MMOs. There is nothing to keep you coming back to it after you beat a few missions, especially without any multiplayer option.