Never have I screamed “HI-YAH” at the TV so much. Having said that, I've never played a karate game before. 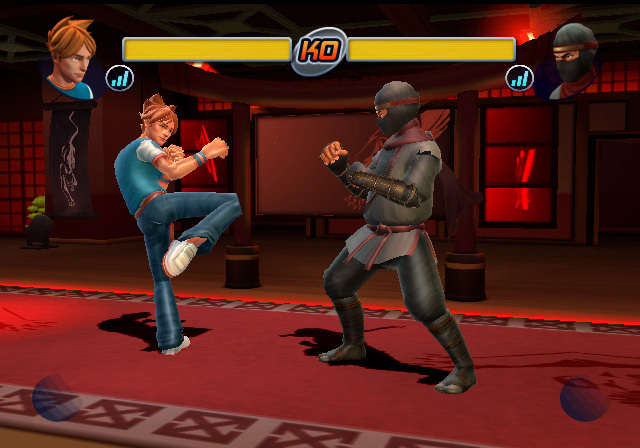 The Wii has earned itself a skeptical reputation, especially among the more hardcore audience. I imagine developers face a daunting challenge with the Wii: how do they not make a game focused on waving the wands around in front of the TV just “because they can?” With a name like All Star Karate, I wholly expected to be flailing my arms in front of the TV like a crazy person (not to say I don’t already do that). Thankfully that wasn't the case. 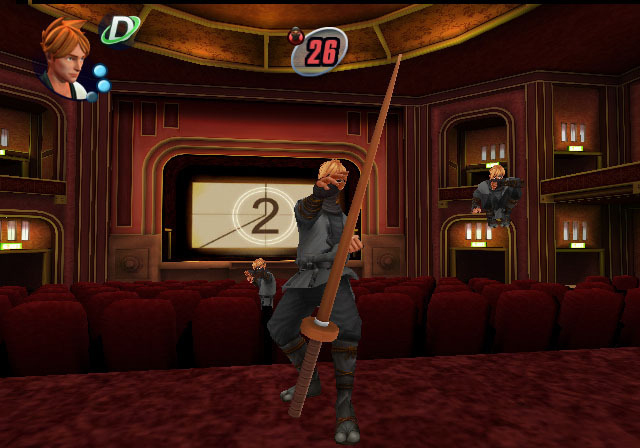 The sports genre is not known for its storytelling, and it needn’t be, but All Star Karate has enough of one to motivate you. Your character works his way up through the standard Karate belts, white to black, under the guidance of your wise, if slightly eccentric, Sensei. Career Mode certainly has its quirks. The cut-scenes are static, and watching characters literally slide into the frame is off-putting. The style is intentional, probably trying to add to the comedic and cartoony feel of the game, but I often had trouble resisting the skip button. Narrative certainly isn't the main focus of any sports game, All Star Karate included; it's just there to link the action together, to give you a reason to keep playing. 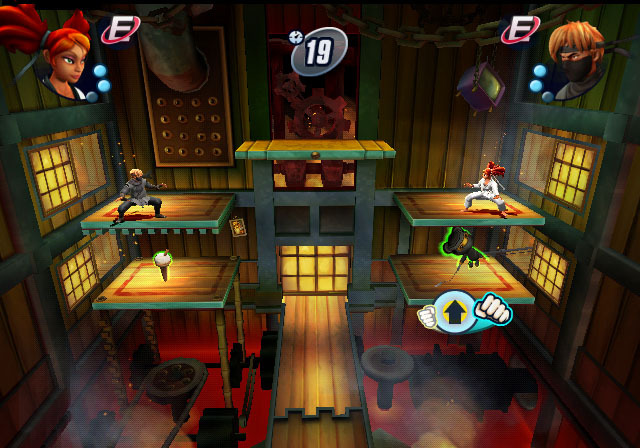 Gameplay is the blood of any game – it has the power to destroy games with amazing concepts (Spore), and the careful balance of fun vs. repetition is not an easy one to maintain (Mirror’s Edge). All Star Karate was a total surprise to me. The game requires a very precise set of movements, called kata’s. In theory you could flail around like the Star Wars Kid and you'd probably get blocked by your opponent almost every single time. Using a kata appropriately gives you an edge, one with devastating accuracy and damage, which racks up the required points to win the match. Available moves are your standard uppercuts, punches, and kicks, each with a left and right variant. Fairly limited, but All Star Karate is more about the rhythm than flashy Hadouken’s. It’s easy to get sucked into the arcade-like timing of everything. Perfect timing means maximum points, and that means game-and-match.

An ad reminiscent of the 90's.

All Star Karate looks and plays like a Wii game. No stunning graphics, no revolutionary gameplay, but altogether entertaining. The only thing that irks me graphically are the “animated” cut-scenes. A full-blown comic book rendition would be preferable to the flash-styled sliding. This is no game to benchmark your Wii, but Blitz Games won’t be mocked for the visuals either. The phrase ‘merely OK’ comes to mind, landing itself a place among dozens of other games for the system.

The game is best bought instead of rented, but only if you have friends that can come ‘round and play on the local multiplayer stuff. Single player suffers the all-too-common affliction of repetition. Multiplayer however, as with any other fighting game, is where All Star Karate really shines. The price-point isn’t bad either, resting at a casual $20. A party game at that price… why not?!