Living up to the video game violence stereotype, and loving every minute of it! 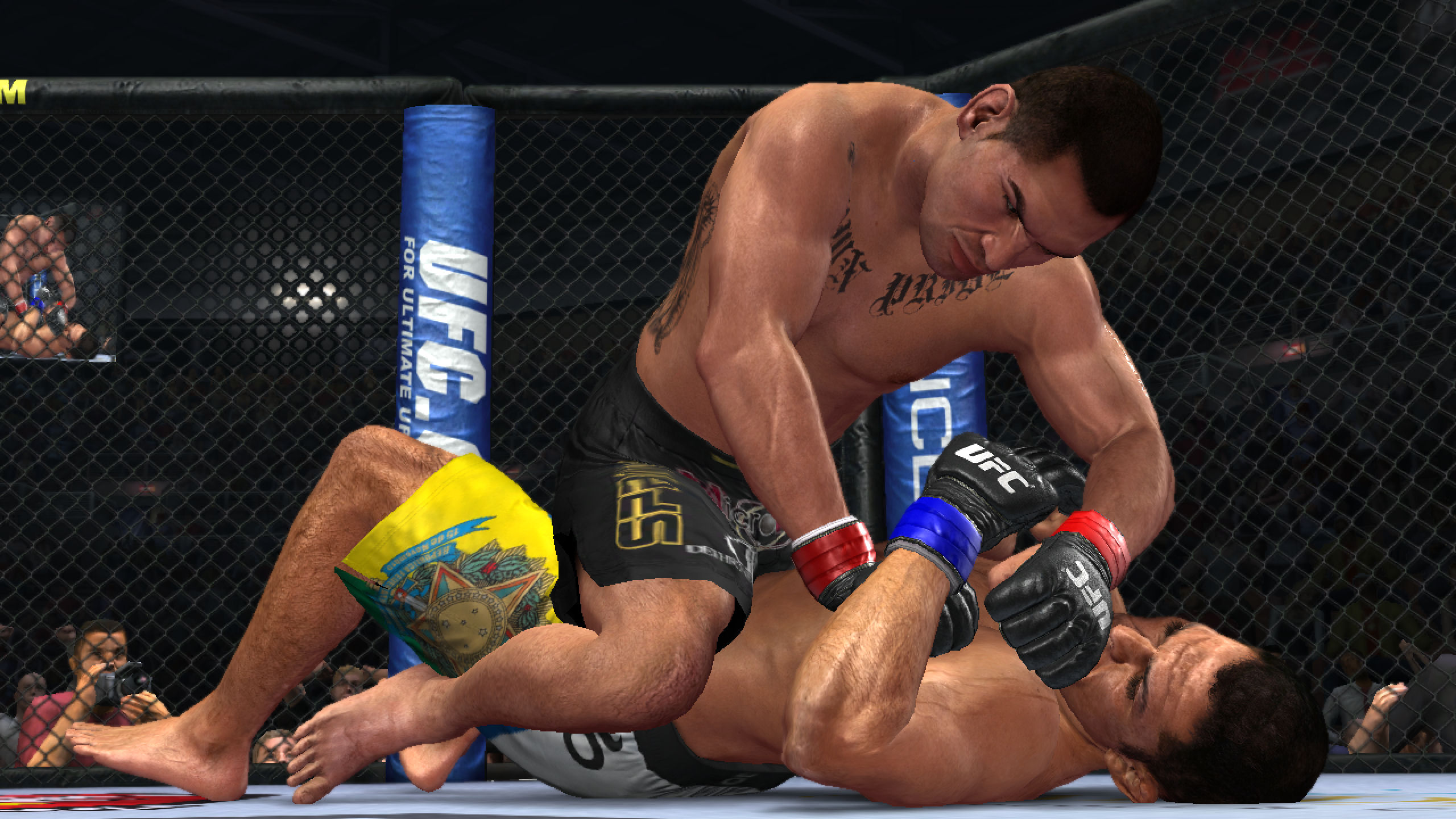 UFC has always served as a background noise for me; it’s one of those shows that you can run in the background without much mental dedication. Don’t let that fool you – Undisputed 2010 requires more than just guts! I used to be an addict of the old WWF Smackdown games for the original Playstation. When I heard that the developer of the Smackdown games was tip-toeing into the UFC arena, I let out a giddy squeak unbefitting of an undisputed fighter. I jumped at the chance to play this year’s journey into the brutal world of the Ultimate Fighting Championship. 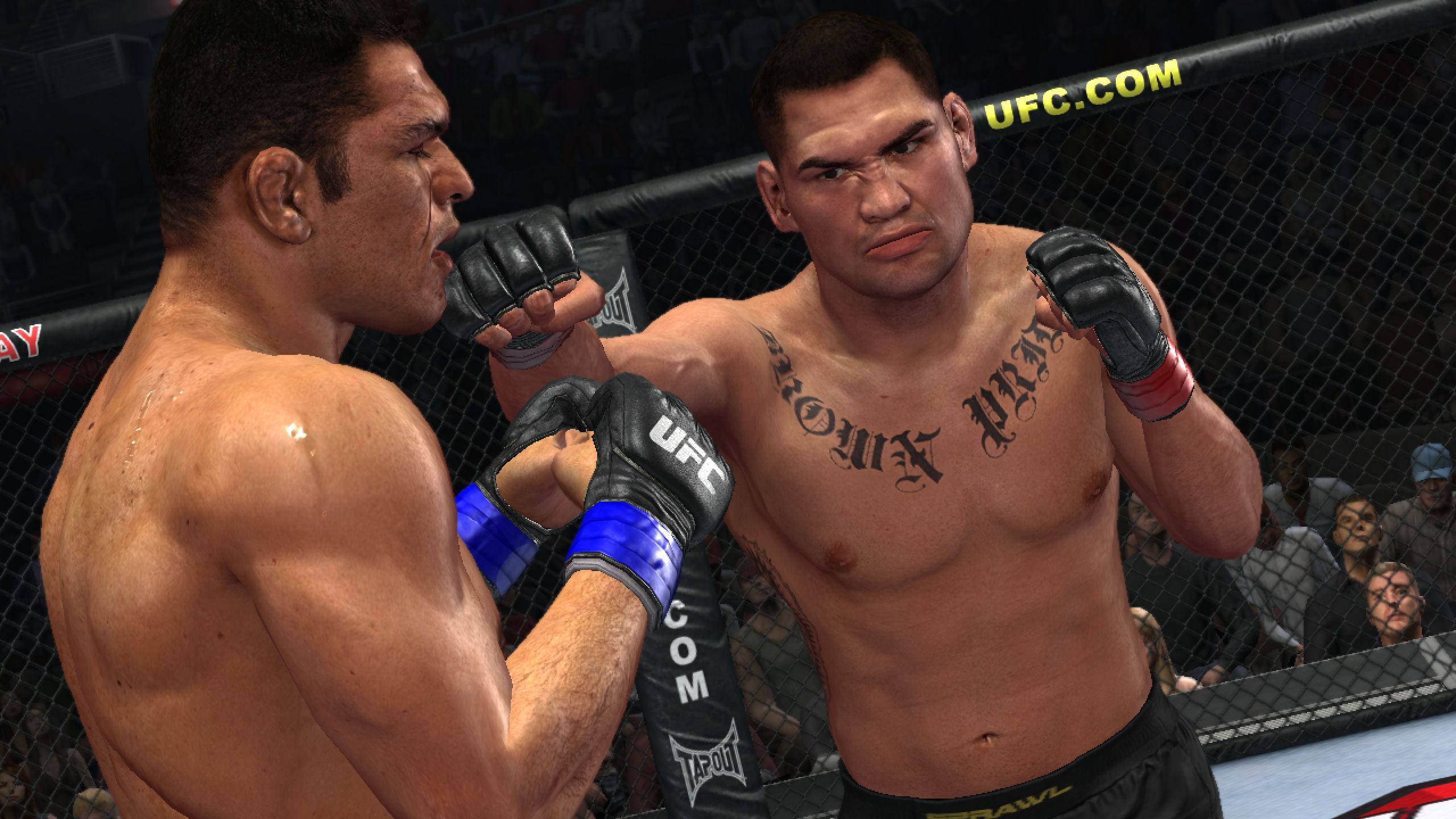 There’s no doubt that UFC: Undisputed 2010 makes strong first impressions. Complete with commentators Joe Rogan & Mike Goldberg, world-famous announcer Bruce Buffer, it’s an experience that one would think is unique to TV. One would think wrong. THQ has transferred the same personality and brutality from television to game, and that is a formula for success in the gaming universe (well, the brutality is, anyway). The introductory graphics at the beginning of each fight are purposed with getting the player’s blood pumping, the announcers draw you in, and the first blow fortunately does not bring actual physical harm – likely the most appealing part of this venture. As with any other wrestling/boxing/mixed martial arts game, the first thing I did after starting the game (and watching the intro movie, of course) was create my own virtual fighter. Naturally I created the perfected, male Adonis version of myself. There is almost an over-abundance of customization options for your fighter. The amount of choices is staggering: nine technique types, ten navigation styles, and four stances means that you could create your entire quota of custom characters (the game allows for 40) and have all of them completely different. On top of all that you can create a custom fighting style and have exactly the fighter you were born to be. 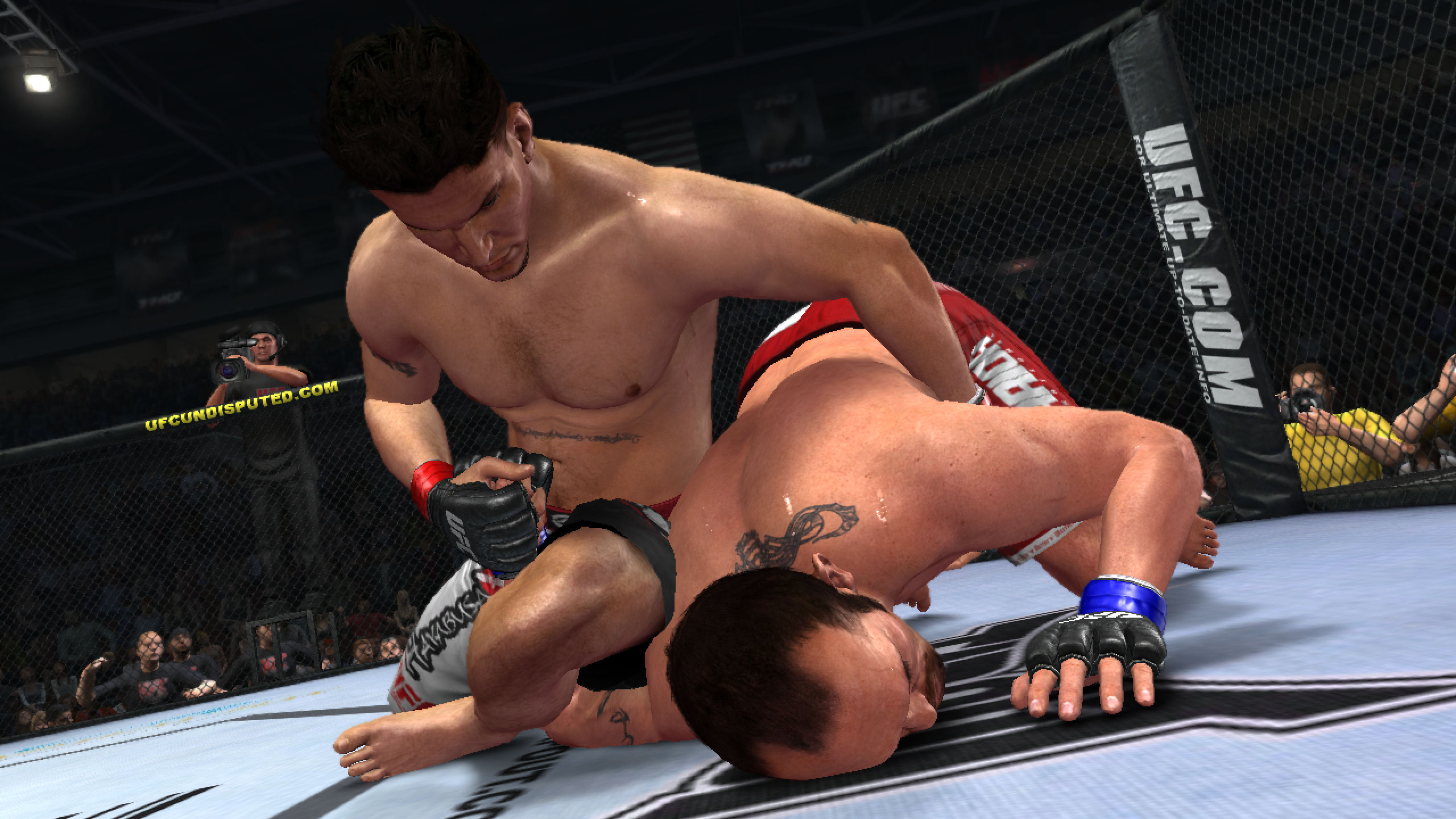 The game types offered are also nothing to be sniffed at. Sure, there's your standard affair of 'Exhibition Mode' and 'Career Mode,' but on top of that there's also 'Title Mode,' which is (obviously) where you'd go to get yourself to the top of the UFC game and make yourself “Undisputed Champion of the Wooooooorld” in your selected weight division. After achieving the title belt, a new mode opens up for your enjoyment, where you fight a fixed number of opponents of an ever-increasing difficulty, each trying to rip the belt from your waist. Title Defense mode is one of the most fulfilling and frustrating game types yet, especially if you've got Brock Lesnar after your belt. Even on top of defending your belt, Ultimate Fights wins the belt for the best mode of them all. You get a shot at changing history by taking part in some of the classic matches of the past years. Will you be able to change what actually happened, or was the outcome that occurred written in the stars, unchangeable over time? This mode also has a very nice touch in the form of documentary-style introductions. Telling you what actually happened during the fight. I found these “documentaries” to be very interesting and 9/10 times they REALLY fuelled my urge to beat the opponent into mattress paste. 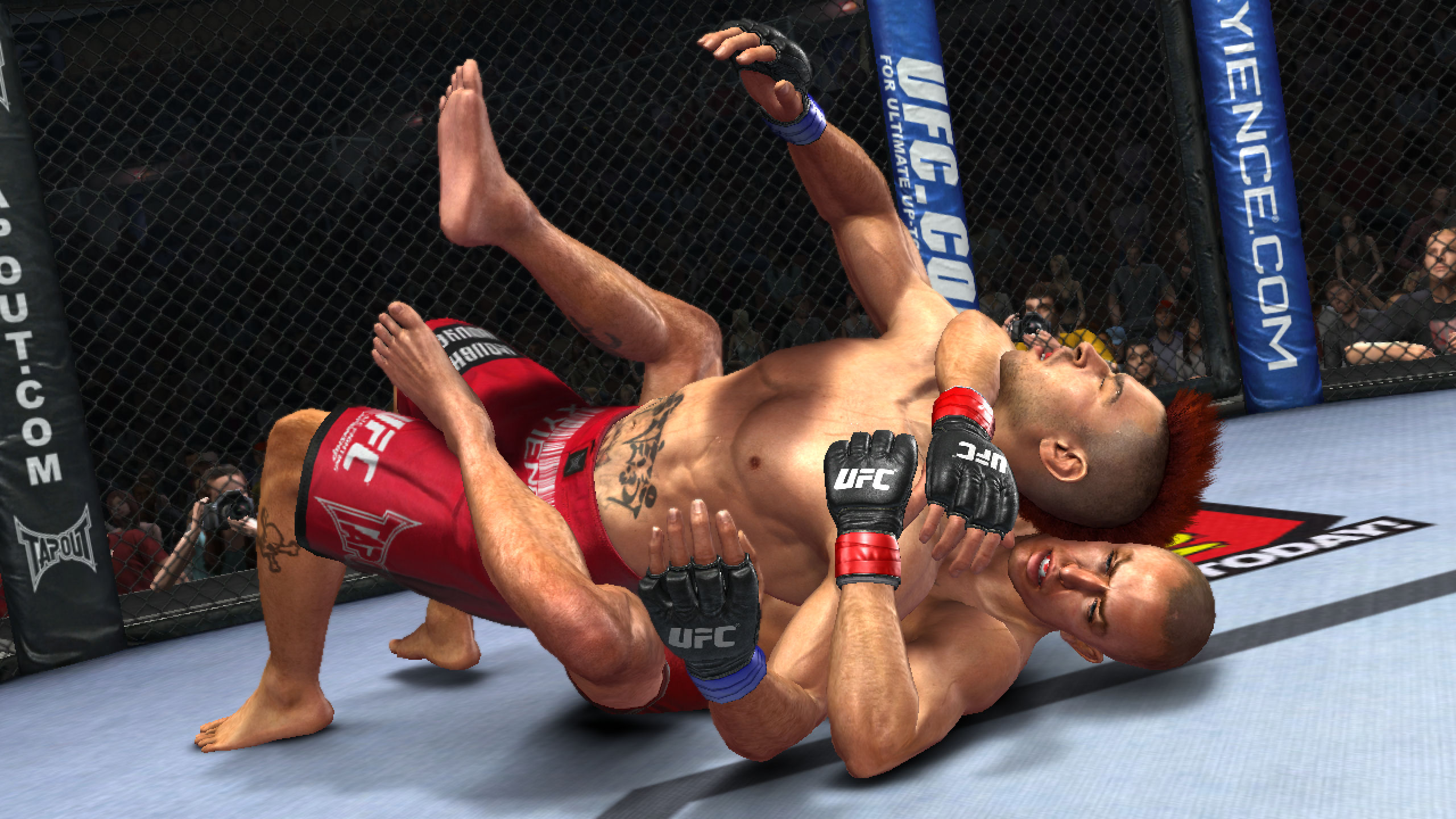 The most impressive aspect of UFC: Undisputed 2010 is just how much it made me want to do nothing other than watch UFC. Which I did. Then that made me want to come back to the game. It's a vicious cycle that I was more than happy to fall into. I might be living up to the violent video gamer stereotype, but there's nothing more satisfying than contacting with my opponents head, either with my hand or foot, and watching his lights flicker, dim, then finally go dark. Watching him hit the mat with a resounding “thud”.

If you're in any way interested in UFC, or just Mixed Martial Arts in general, then you'll do well to pick up this game as soon as you can. Some of you won't play it a lot in one sitting, but I don't think that it's the type of game that needs to be played like that. Play a few matches, put it down, play something else then come back and play some more. Before you start thinking that “that's a bad thing,” think of it like this: some games you buy are finished in about 12 hours, UFC: Undisputed 2010 will never be finished. Get into the online ring and you’ll just be scratching the surface.