Massive space ships flooded with aliens? We've done it in Diablo's Dungeons, Doom's eerie turns, and even against Halo's Flood. What makes this different? 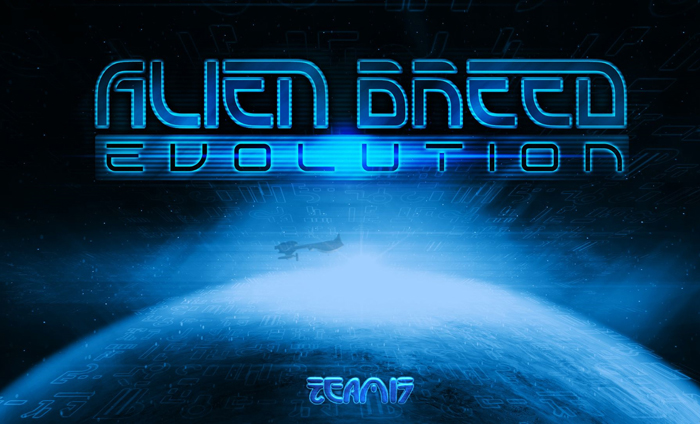 It’s a busy day in an arcade when a modern gaming company ventures into isometric shooting territory. Team 17 is that team, and our consoles are the arcades. Alien Breed is meant to be an episodic shooting campaign, story arcs included. Evolution is the first episode in that series, and while it takes some getting used to the isometric gameplay, old memories rapidly come back and make Alien Breed feel like home. 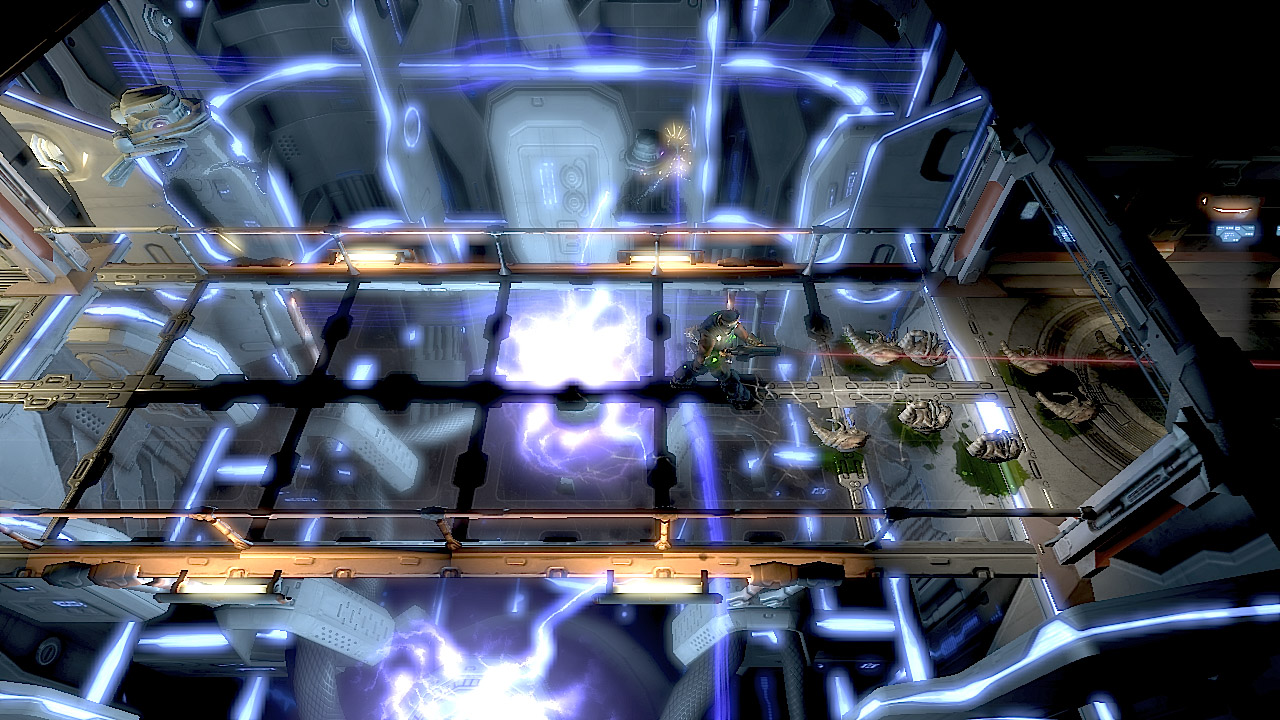 Alien Breed’s gameplay can be summed up in a sentence: you have no clue what may be lurking around the next turn, but just a couple more steps and you might see… Aaauugh! It was like watching Alien for the first time, needing a change of pants every couple of steps (speaking on your behalf, not mine). 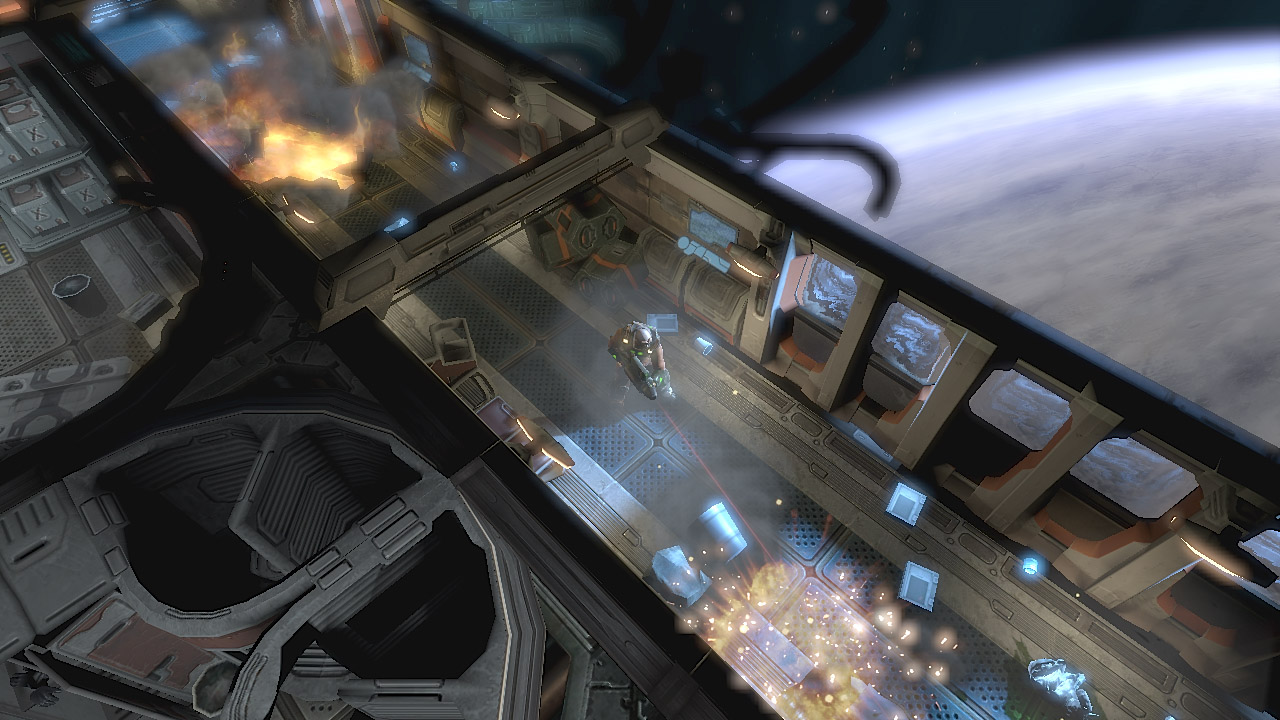 Most immediately you will notice the comic book-styled cut-scenes, and like I said in my review of inFamous, I can't get enough of these. There was a time when I used to pick up a game just because it had full CG cut-scenes. Now that 90% of them do, it's refreshing to see the standard broken by a risk-taking indie group. Of course, these are only cut-scenes; the eerie ambience and it’s a trap-like nature of Alien Breed: Evolution forces the player into an abnormal sense of apprehension. You stop trusting everything, and for good reason. The whole game is reminiscent of Diablo and Doom – monsters wait in the shadows, launching on you when you are most vulnerable; the left mouse button starts sticking, and your only friend is your gun. Camera angles deliberately up-the-ante by making it difficult to determine what is approaching, adding to suspense and imposing that ‘just a little closer’ sensation, which is when they get you. Sneak buggers, those aliens. 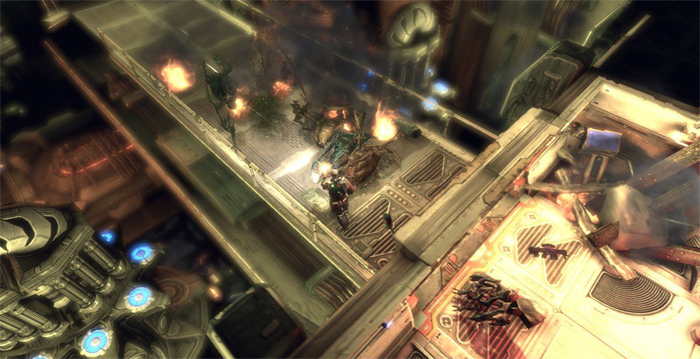 Never have I checked my radar so often in any game. Blips flash up on the screen, prompting a furious spray of bullets into the extremities of the ship. Ammo reserves and health dwindle as you progress through the level. A delicate balance hangs in the ether as you learn the necessity of conserving ammo, but being too conservative will result in a nasty lesson in alien table-manners. 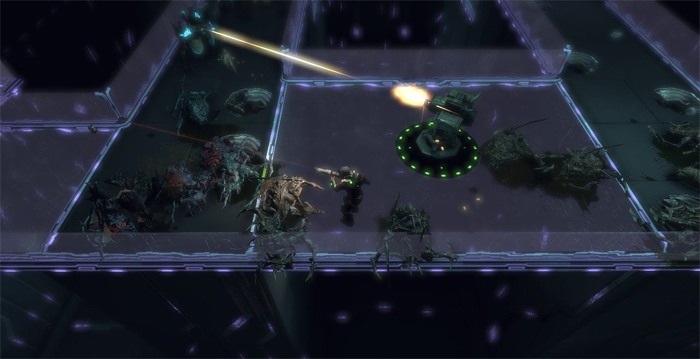 As with most games of its nature, Alien Breed: Evolution clicks into an inevitably repetitive cycle. Covering ground you’ve seen before, regardless of the good reasons to backtrack, ages quickly. Admittedly, backtracking is preferable to the course of action taken by Dead Space and Doom 3, where entire sections of the ship were copied and pasted. Besides, the mini-map quickly re-orients any lost souls and gets you back on track. An interesting mechanic to the game’s back-bone is the ship. It almost feels like a supporting character in its own right. It has a mood and personality of its own, and after becoming familiar with her, you can navigate her from end-to-end without any help at all.

Alien Breed: Evolution – Episode 1 is everything a small downloadable game should be. It’s concise and addictive as. The whole point of episodic games is to get you foaming at the mouth for the next episodes. This certainly did that for me, I can't wait, I can only hope that Team 17 learns from Valve's mistakes and releases new episodes on a regular basis. Half Life 2: Episode 3, anyone?