Machinarium is a quirky game, starring a quirky character. Cast out from his city, Josef (a neglected robot) takes center stage as he attempts to work his way into the metropolis from whence he came. Although the story takes a backseat to mind-frying puzzles and uncanny artwork, the little robot – with your help – must be reunited with his girlfriend, and stop some baddies from detonating a bomb within the city. Thrilling, right?

My first impression of Machinarium was pure awe. Rarely do games surprise me to the extent that this one did, especially for an indie-developed product. The in-game artwork can be summed up with one word: phenomenal. I could almost recommend Machinarium based upon the beautiful world alone, it has even laid claim to numerous awards for the visuals within. The artists have gone through great pains to create an engrossing environment, simply stunning and extremely detailed. 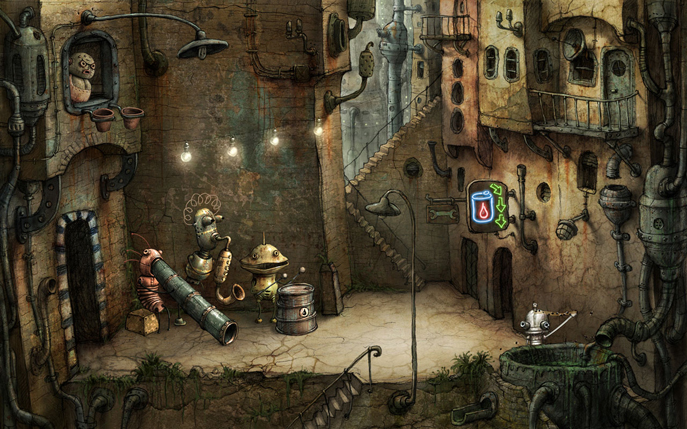 We’ve normally mentioned something negative by the third paragraph, but not this time. The puzzles are mentally challenging, yet not tauntingly impossible or mindlessly simple, a rare feat in modern puzzle games. For the puzzle gaming novices or casual players, there are hints and walkthroughs aplenty. A conveniently located lightbulb is always available in the upper-right corner, providing vital hints. Meanwhile, a full-walkthrough system is available after unlocking it via a mini-game: navigate a key through a maze of spiders and blocks and find its keyhole. That’s right – they’ll show you how to do it. 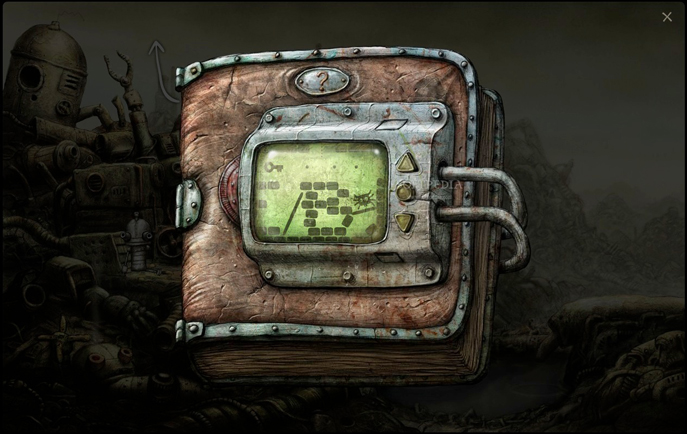 The pure fact that walkthroughs are even available in game is a testament to how difficult the puzzles are. Admittedly, I occasionally found myself stumped immediately after clicking play, and accessed the walkthrough right off the bat. The walkthrough is as much of a detriment as a supplement, easily ruining the experience for the twitchy; dialing back the difficulty would have been preferable to an ‘instant win’ item. 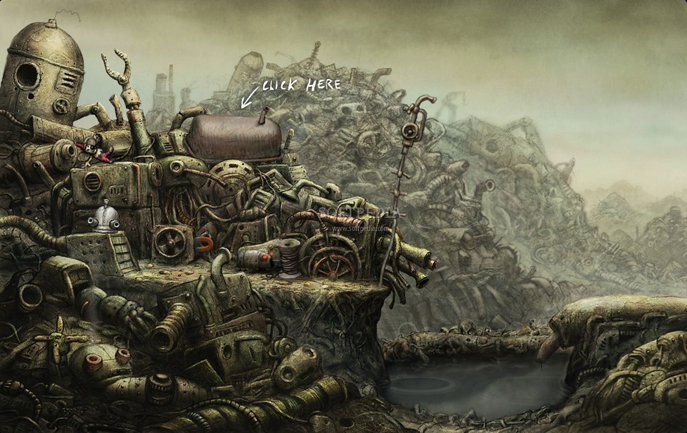 Josef, the robotic hero, has an infuriating defect. He is a single-threaded robot, only capable of handling one order at a time. This means there is no canceling your movement commands, requiring patience to wait for the robot to finish walking prior to issuing another order. It’s an inconvenience when you spot something you can do, especially if that thought slips your mind before you get back over to it.

I often found myself circling the confines of a little room, clicking on every possible little thing to find something of use. Wandering aimlessly around a room and spam-clicking, a trait which should only be found in Diablo-esque games (see Alien Breed and Torchlight for that), breaks the flow of a puzzle game. Once the items are located, the puzzle solving portion is initiated. Puzzle games have a very specific audience, and it is my belief that the members of said audience have no tolerance for non-puzzling mini-games. It should go straight to the puzzle with no sequence previous.

The game in itself is relatively short, but then again it is a lot cheaper than most games, so it balances out. I ended up finishing the game with the wish that it had gone on longer. Replayability is not a high-mark with this one though, as playing through the same puzzles will get boring almost instantly. It’s a one-shot wonder.