"Portals, companion cubes, and cake. Lots and lots of cake."

When the Portal: Prelude mod was announced in mid September, I found myself quite excited. A new full length Portal adventure, complete with a new storyline and harder challenges? Hell Yeah! This mod looked like it would go far beyond what any other Portal mod had done to date, and even provide an experience rivaling that of the original game. Indeed, Portal: Prelude is a truly excellent mod that comes complete with a new set of nineteen test chambers, a new storyline with voiced characters, new game mechanics, and challenges with advanced versions for many of the new chambers. Of course, despite all this, it is not without some flaws. 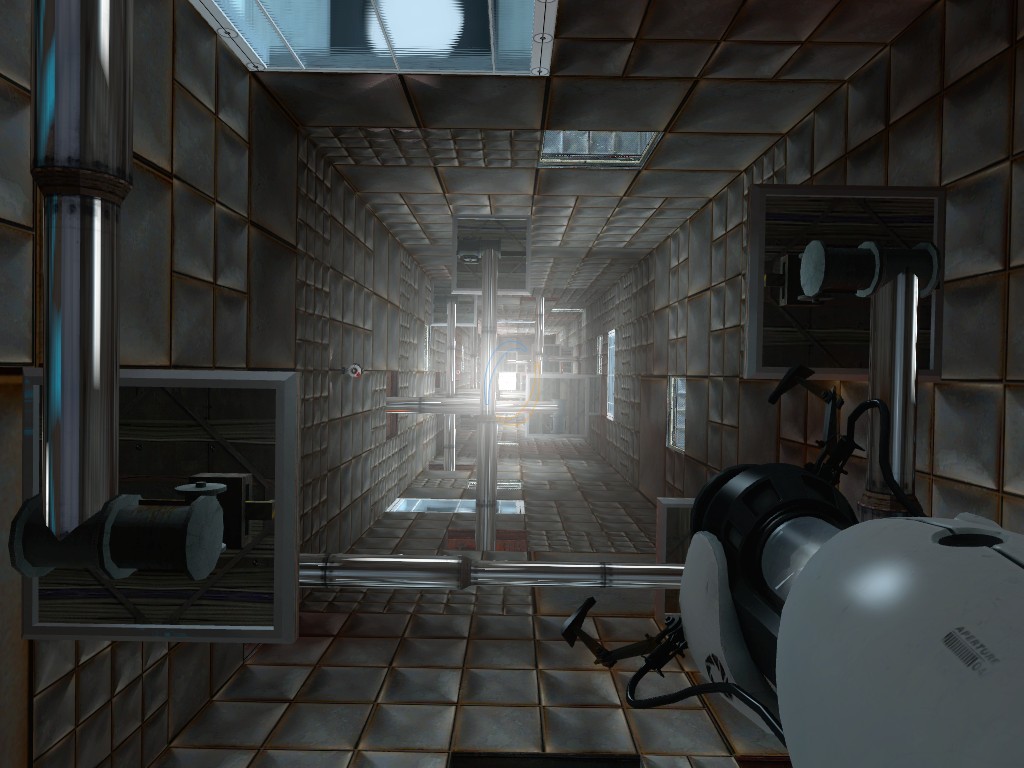 It's a looooong way up, better start portaling!

As the name implies, Portal: Prelude takes place before the events of Portal. The game is set in a time when Aperture Science employees ran the test chambers, and follows the events up to the installation of everyone's favorite sarcastic AI, GlaDOS. The first thing many players will probably notice with this mod is the difficulty. Simply put, Portal: Prelude is much harder than the original game. This is not necessarily a bad thing, since Portal was quite easy and could easily be finished in only a couple hours. Unfortunately, the first couple of levels can be incredibly difficult to complete, and might even put new players off before they progress very far into the game. The problem with these levels is that they involve what should be very simple puzzles, except that actually accomplishing them can be very frustrating and take many, many tries, even if you have already figured out how to do them! 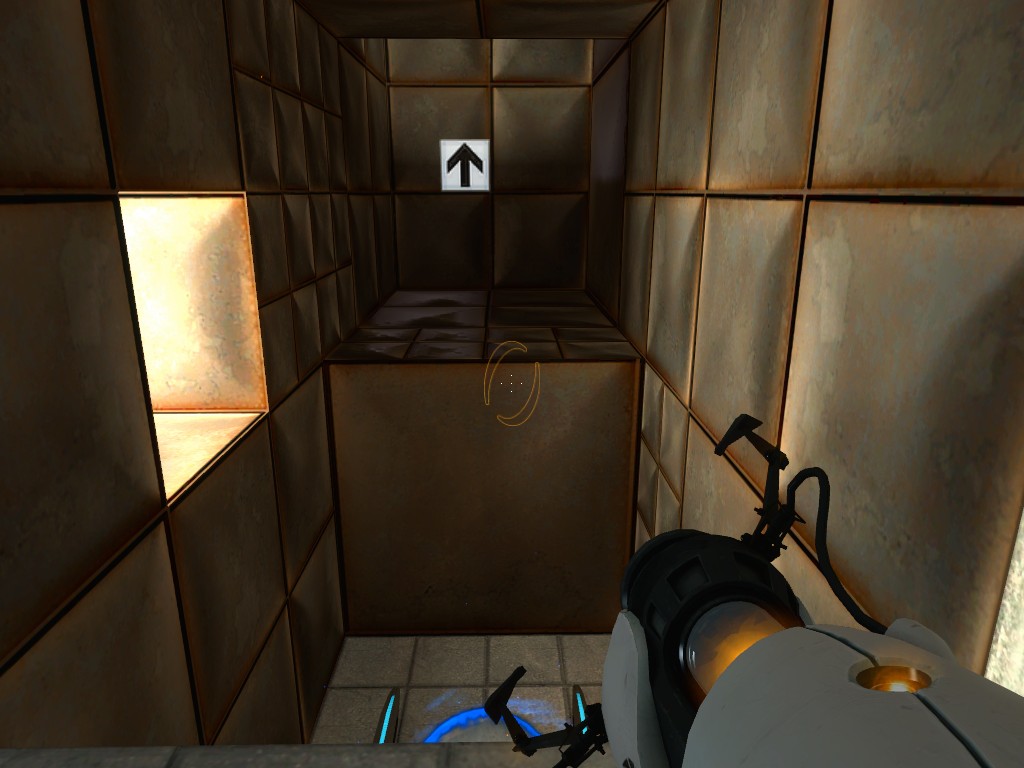 This jump can be far more difficult than it looks

Once these early levels are completed, the game becomes much more interesting and has a large variety of challenging and fun levels. The only complaint I have here is that some mechanics in the levels are underused, for example: there is one test chamber that uses some very cool gravity effects, however it is easily beaten, and the gravity effects do not make an appearance after that. It's quite disappointing, and I think it could have been put to better use to make some very interesting and challenging puzzles, perhaps to replace some of the more frustrating ones. 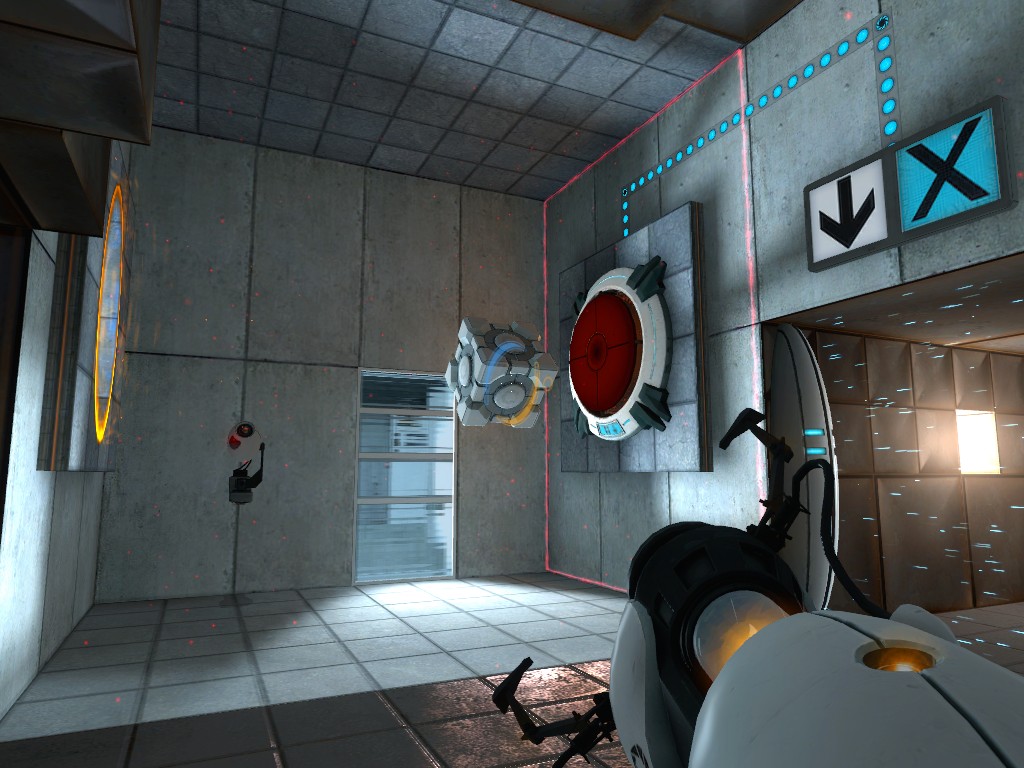 Gravity is not always what it seems

The inclusion of a completely new storyline is what really sets Portal: Prelude apart from other attempts at modding the cake-rewarding game. While it doesn't quite live up to the hilarity of GlaDOS in Portal, Prelude manages to be humorous in places, despite some idioms being lost in the translation from French. It should also be noted that, since the designers are French, they chose not to use real voices and instead used a voice synthesizer. The synthesized voices aren't as high quality as real voice acting, but the fact that there are voices at all is exceptional for a mod. As a bonus, the new lines added to GlaDOS are amazing, and sound almost exactly like the original. On the subject of voices, the mod also has full developer's commentary just like in the original, which is unlocked as the player progresses through the game. The commentary is in French, so if you are interested in listening to it, you should probably turn subtitles on. 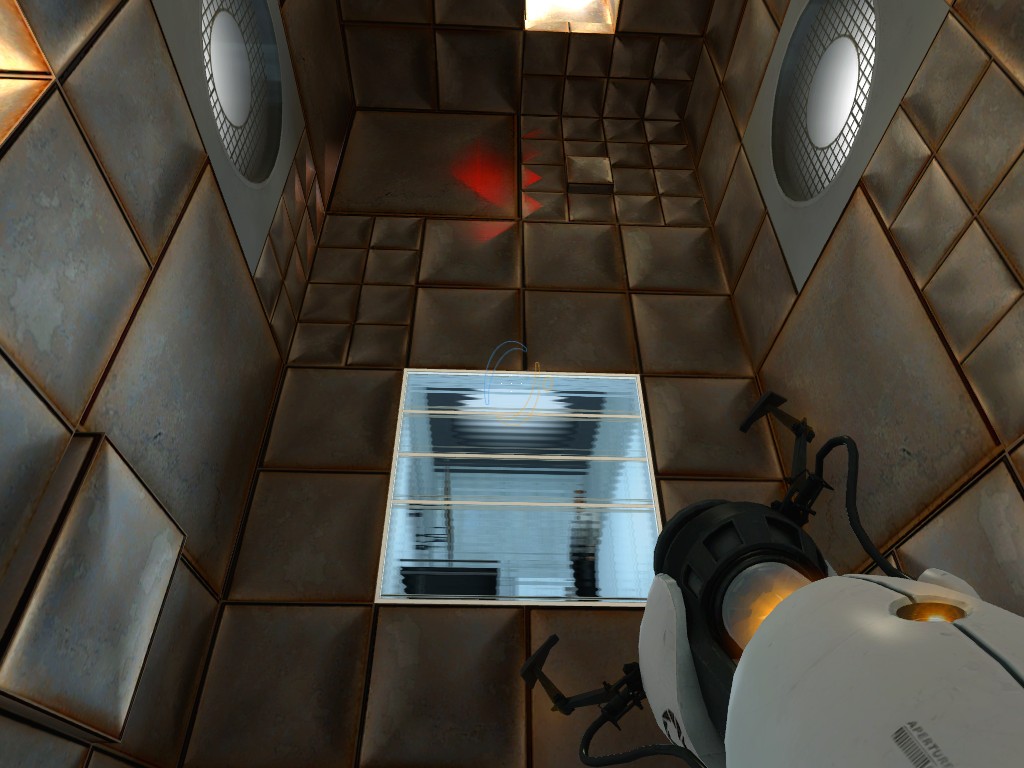 If all this wasn't enough, Portal: Prelude also has six new advanced chambers, 48 challenges, a new soundtrack that fits the Portal atmosphere very well, a really cool ending, is mostly bug free and- oh, did I mention that it's a mod, so it's free as long as you have Portal?

Overall, Portal: Prelude, in spite of some flaws, is a great mod. It is as long as or longer than the original game, has many interesting and challenging puzzles, and comes complete with a set of challenges and advanced chambers. If you liked Portal, there's no reason not to download this.

NOTE: A patch is in progress for the mod, which should help make the first couple levels less frustrating.

To download Portal: Prelude for free, visit the official website http://www.portalprelude.com/ You need to have Portal in order to play, as well as a Source game which includes Half Life 2 models (the free Source SDK will do).