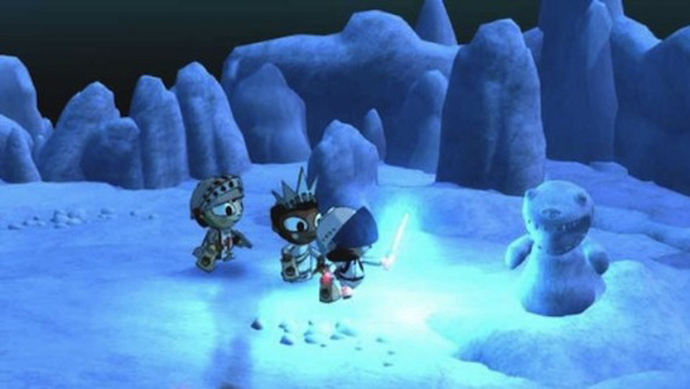 At the end of Costume Quest you manage to save your sibling from the evil Grubbins and everything goes back to normal, and that's the point, after that ordeal everything shouldn't just go back to the way it was before, the world was invaded by people from another dimension! The adults don't understand but the kids do, and before long they're setting out to find evidential proof that the Grubbins set foot on our soil. It's not long before a walkie talkie is discovered, that, it's assumed, can communicate directly with the country of Repugia, the Grubbin home world. So it seems. In reality, the 'walkie talkie' opens a portal to Repugia instead. What are you looking at? We got half of it right. Upon arrival in Repugia, there's a revolution going on and one of your friends has been captured and taken prisoner. It's time to once again put on the costumes and be the hero. The rest of the game plays out in pretty much the same way as the original Costume Quest did: you're given the task of saving the member of your party that's been captured., collecting candy, defeating bad guys, and generally saving the day. Fairly standard stuff, but then again, Costume Quest never really broke the mold. 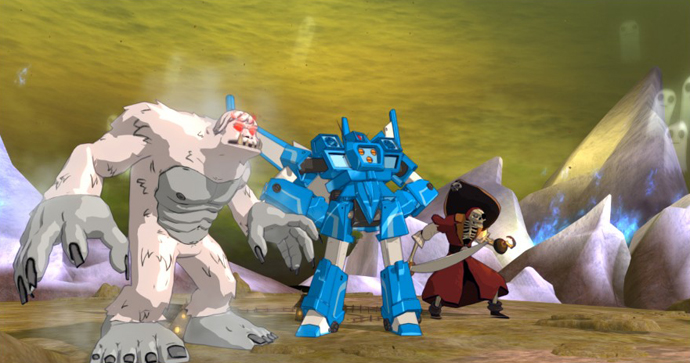 Costume Quest: Grubbins on Ice adds a few interesting new costumes to the ones that were available in the main game. As seen in the original, these new costumes (which include a pirate, a yeti, and a giant eyeball to name a few) give the player unique special abilities; for CQ enthusiasts, you'll be pleased to hear that all costumes collected in the vanilla game are still available (and usable) in the DLC. The puzzle elements in this new DLC seem a little more complex in their structure and in the way that they're successfully completed. There aren't as many clues along the way as there were in the original storyline, but that's primarily because you are expected to remember how puzzles were completed -- there is as minimal hand-holding as possible. Although some of the puzzles were initially frustrating -- because there are often literally no clues at all -- once I figured out how to finish them without their help it felt more rewarding and that ultimately overshadowed any frustrations I might have had.

There's not much else I can possibly write about, considering most of the game is pretty much the same as the main game. It's a must buy if you've already got Costume Quest, and if you already own that, then you've probably already bought Costume Quest: Grubbins on Ice because there's nothing I wanted more when I finished the original game than to continue playing. I just hope they continue bringing out DLC for every major holiday. Actually, if they just brought something new out every week I'd probably buy all that too. Can't get enough of that Double Fine humor!