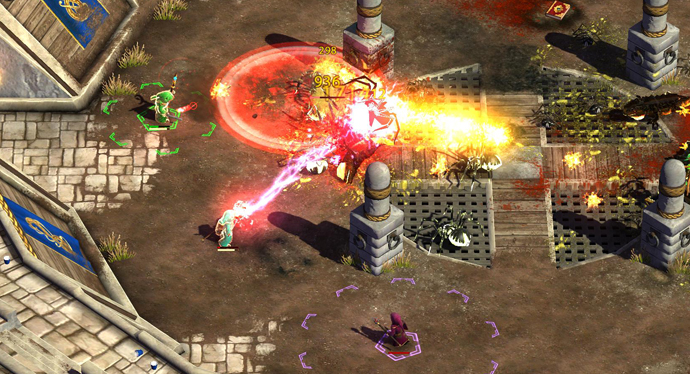 Magicka's use of self-deprecation and its devotion to 'genericism' yields a buggy-but-funny fantasy adventure through the not-so-unique land of Midgård. It doesn't get much more standard than sending a cluster of wizards through goblin-infested countryside to save the world from evil. Or, uh, whatever those goblins think they are.

There are eight total elements within Magicka, and each can be combined in any number of ways to create different spells and visual effects. Further still, some elements can be combined to create complex forms: fire and water, for example, will create steam; earth and lightning negate each other; frost and water can be used to conjure spiky projectiles, and so forth. Each element (or complex element) can be added to your mage's currently summoned elements -- a sort of 'active spell components' list -- and then blasted off simultaneously to create devastating combinatory evocations. It takes some getting used to, but the gameplay is absolutely magnificent; you'll be discovering new combinations frequently, enhancing old ones, or even discovering special spellbooks that can add entirely new incantations to the list of 'magicks.' Raising dead and summoning death, tornados, and meteor storms are some of the samples (although, to fit in with the rest of the game's internet memes, summoning Rick Astley should be a possibility). 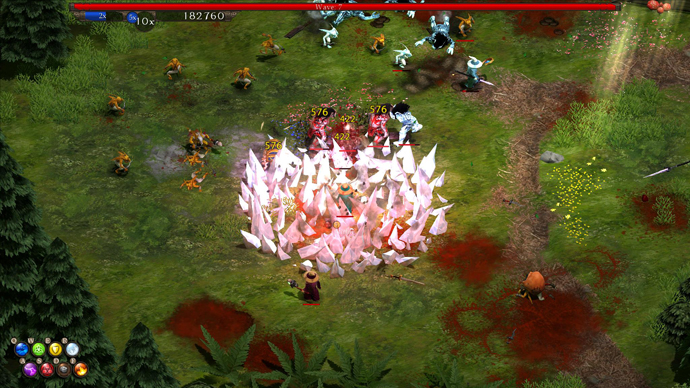 Brilliant as the gameplay may be, it cowers in comparison to the seemingly-random integration of words and phrases that real gamers will recognize immediately. The achievements alone contain, by my quick count, at least twenty-six references to well-known sources. A short list would include Quake's "MU-MU-MU-MULTIKILL," Monty Python's "Blue... No, Yellooooow," and who could forget, "KHAAAAAAN!" It completely revamps the idea of earning achievements; with Magicka, you unlock them because they're funny -- not necessarily only for their bragging rights. The actual game makes more jokes than are countable, not the least of which is an NPC that admits there is no inventory in the game, and therefore no monetary reward system. I don't think they even asked to mark anything on my map! The humor is enough to counteract the slew of bugs that shipped with Magicka, and as frustrating as it was to get multiplayer working, I always had shameless It's Over 9000 one-liners to make me smile. 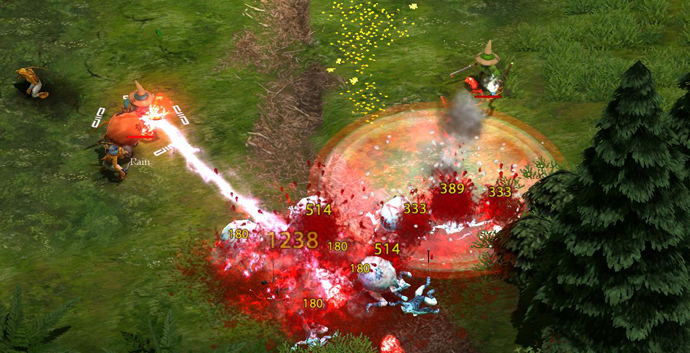 The thrill of receiving enough copies to play multiplayer with some of our staff mutated into several hours of grueling networking issues, inevitably resulting in the decision to await a patch. Singleplayer is fantastic, don't get me wrong, but the game really doesn't shine until there are enough players (up to four) to accidentally obliterate one another with crackling pillars of lightning. The game crashed, lagged, dropped players, and failed to authenticate connections in its first few days; recent patches have fixed most of the issues, although at GN, we've had a hard time synchronizing players with actual events in-game. I might be alive on my screen, but dead on someone else's -- worse still, monsters occasionally entirely disappeared during sensitive multiplayer matches. It was a very rough start, but the patches have indeed fixed a lot of the 'unplayable' bugs.

Magicka deserves an achievement of its own for persevering through a challenging launch and succeeding in gameplay and artistic style. The graphics are fused flawlessly with comical gameplay, making it impossible to get angry at the fact that your mage's body spontaneously combusted. For $10, you get a front-row seat to a gaming comedian, a special effects show, and fantastic gameplay mechanics.