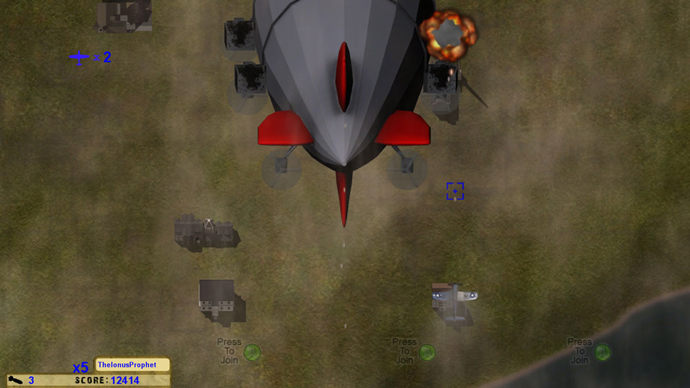 Allied Assault Squadron is a top-down vertical shooter created by the great guys over at Aeternus Studios for the Xbox Live Indie marketplace; it's complete with 4 player co-op, some cool looking 2.5D graphics, and simple controls, all of these effectively evoking the feeling leftover from those classic games of yore. It might live up to them spiritually -- but does it hold up as well nowadays,  in a world with Mass Effect and Gears of War, or does it fall by the wayside in favour of some of those games with a higher production value?

As you can expect from a game that focuses mainly on shooting enemies that come down from the top of the screen -- in its attempt to maintain that classic arcade shooter feel -- there's not much of a story in Allied Assault Squadron. To start off, you get to pick your plane from a choice of six available, and once that's done you're straight into the game. You can play it on your own or with friends, and regardless of which you choose, you're given the basic task of shooting all of the enemies that are foolish enough to make their way towards you. At that point it's your classic top-down vertical shooter, your only real goal is to stay alive as long as you can and, if you're playing with friends, get a higher score than they do. 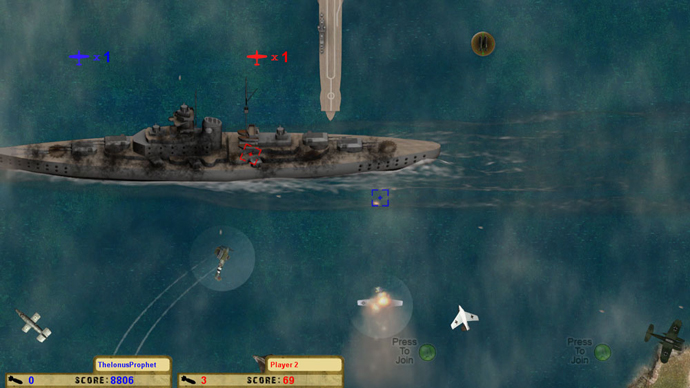 There are a few problems with the game that prevent it from being the great arcade adventure it could potentially be: for instance, it's often very difficult to see whether or not you're doing damage to end-level bosses -- you'll generally see a small flash when your bullets hit the piece of the vehicle that you're supposed to be hitting, but there's no indication as to how much damage you've done or even if you're hitting the right thing. It gets confusing and a little bit frustrating at first but, as long as you're aware of your surroundings, it shouldn’t prove to be too much of a problem in the long run. 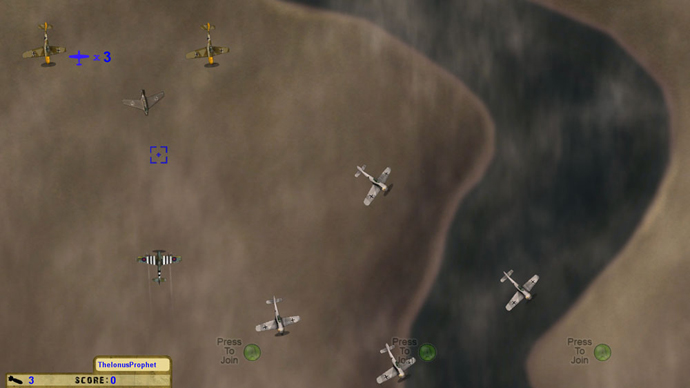 The visuals of Allied Assault Squadron are close to something that I'd come to expect from an Xbox Live Arcade title, not an Xbox Live Indie game – that was the first big shock. There's a nice 2.5D look to the whole of the game which makes it feel like one of those arcade cabinet-bound games while still allowing it to keep up, visually, with other games coming out at the moment.

If you're a fan of top-down vertical shooters, you're going to love Allied Assault Squadron. Most of those old games only allowed gamers to play on their own and that's where the advancement in video games comes fully into its own – get a group of friends round, get a few beers, maybe something to eat and sit down to a nice long game of Allied Assault Squadron; see who can survive the longest, see who can get the biggest score, and just have the most amount of fun you possibly can, just like you used to do.

If you like what you see, buy the game; it's coming from the indie marketplace, and these guys are all up-and-coming game developers, most of whom are building fantastic games purely for the love of it. There's not always, if ever, a check at the end of the long and arduous development process so they'll need all the support they can get – and all you need to do is play their game. Where's the harm in that?