As a fan of the 2D platformer genre -- home to such great titles such as Sonic, Mario, and Splosion Man -- I was thrilled when asked to do a review of Slak Games’ Mechanic Infantry. It starts out extremely entertaining, but soon loses its appeal through curse of repetition, repetition, and repetition.

This is where TVs go to die. And bad games.

You play as a nameless television set that wields a wrench (I always warned them of the uprising!); your task is to gather his scattered “teammates,” represented as other blue flying TV things that are trapped in cages. They were trapped by oversized robots who, due to a lack of story content, I am going to say were just plain bored and wanted to torment sentient television-robots. The main character has to collect these teammates and (apparently, this never seemed to come into play in the game) fix the power sources that those dastardly giant robots broke. 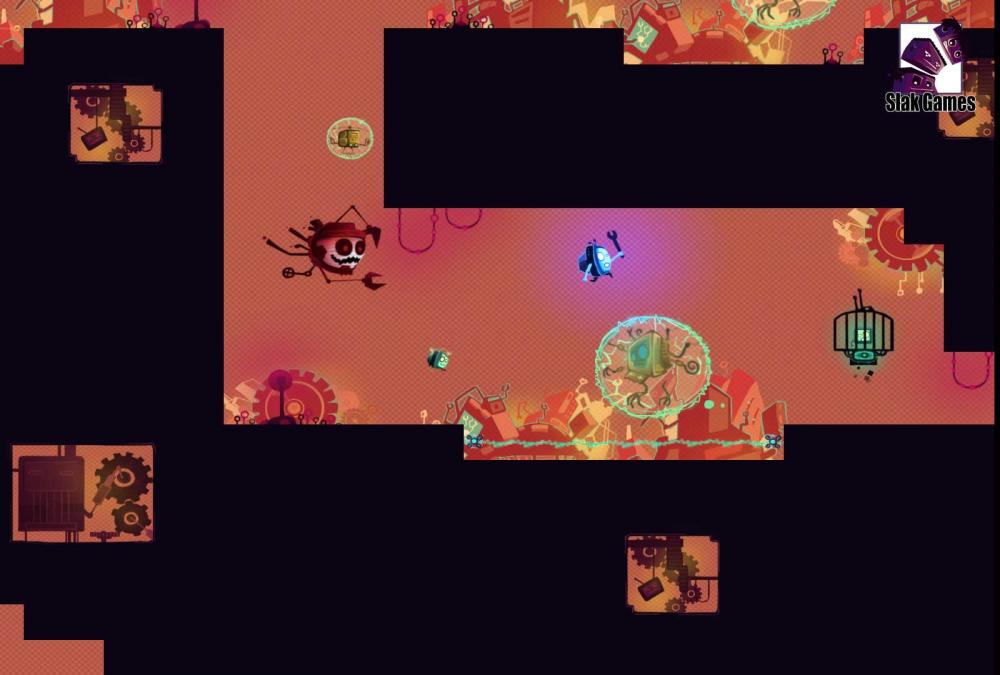 An electrified tripwire? I got this.

The game focuses heavily on collection objectives: you'll spend your time running around and picking up teammates all while dodging obstacles in the level and, of course, being chased by an oversized brute of a machine that wants nothing more than to destroy you. To move, the player need only press the left and right keys to move horizontally and the up key to jump, twice for a double jump. The levels are filled with obstacles and prefabs that routinely get recycled throughout the game, so the challenge is mostly in being chased by another big guy, not in the level layouts. There are supposedly cut scenes between each world, but after installing the game three separate times, I found that they never appeared. I simply had to use the escape key to proceed to the next area. Survival mode is often the saving grace in these types of games (and is great in games like Zombie Driver or Red Faction: Armageddon); sadly, it's barely even worth mentioning this time: you collect teammates on one level from the same 5 collection points, run away from the big bad evil guy who simply keeps speeding up until you are inevitably caught. Creative, right? 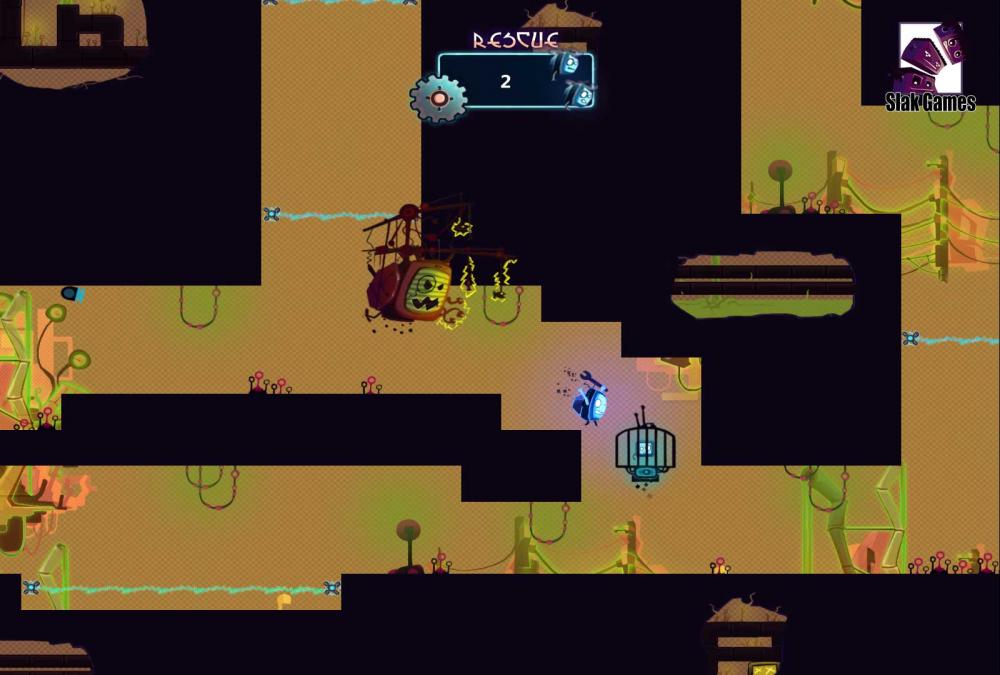 Bonus round: How many repeated obstacles are present in this single frame?

The graphics are acceptable in regards to the characters; each one has a colorful palette and looks unique. The backgrounds, however, left much to be desired. You're presented with the same bland pictures, one for each world, as the levels black out certain areas, which represent the play space. One of the best aspects of the game, however, is the music. The game has a decent soundtrack, though it can get old after long hours of play. This should not be a problem as you can beat the game (without collecting every teammate) in just a few hours.

Having said this, the game's $3 price tag is a huge boost that attempts to counter all these negatives. It is a cheap game that is OK for wasting a bit of time between classes, during a work break, or just when you are bored with slaughtering zombies in games like Dead Island or Left 4 Dead, if you kick it old-school. If that is what you are looking for, this is great. If not, I would look elsewhere for your gaming needs. Try Limbo or Super Meat Boy for platformers. Heck, even Trine is still amazing.