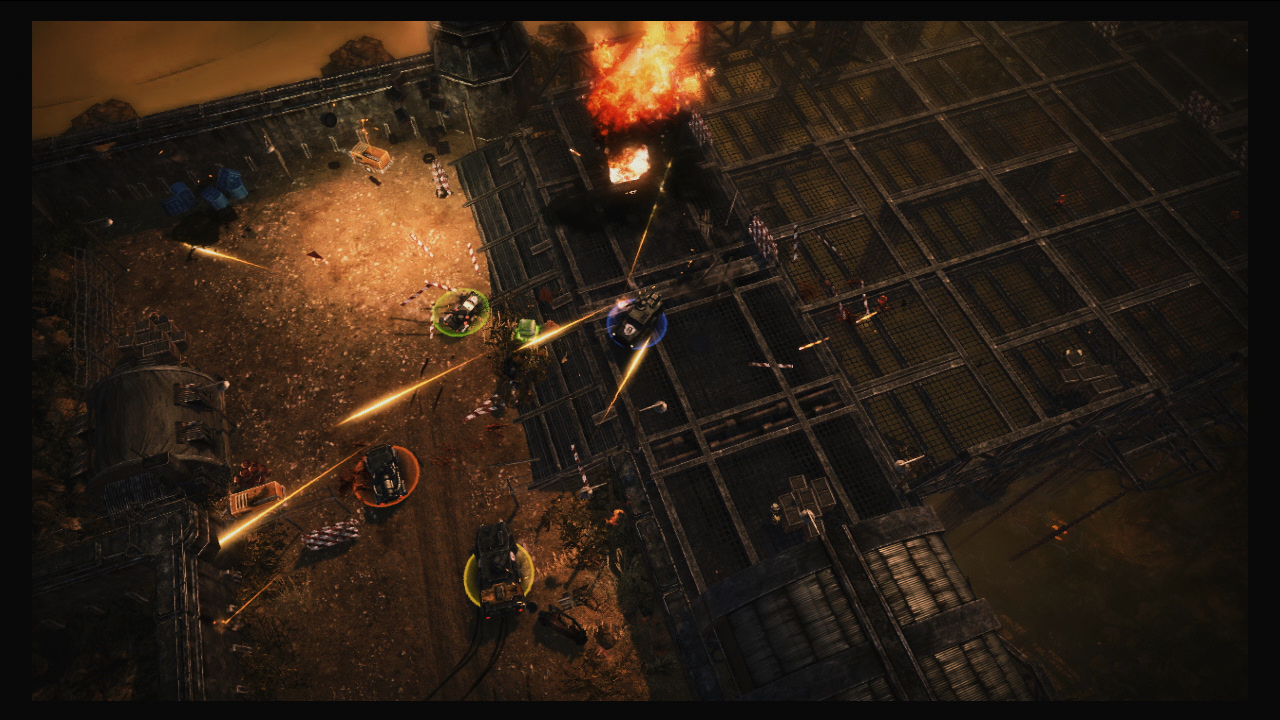 When you hear the title Renegade Ops you don't really know what you're letting yourself in for, you'll probably assume that you're going to be playing some kind of military-based game that focuses on the concept of revenge more than anything else, and you wouldn't be too far off. What you won't be expecting from a title like that is one of the best twin stick shooters on the market today; and that's exactly what Renegade Ops is.

Kill it with FIRE!

Avalanche Studios, the guys behind the relatively popular Just Cause series of games, aren't the kind of people who tend to shy away from games filled to the brim with crazy, all-out action from the moment you push the start button to the moment the game finishes, Renegade Ops is no exception to that rule, a twin stick shooter viewed from an isometric angle that's unlike almost anything you've played before: crazy, punishing, and utterly brilliant. 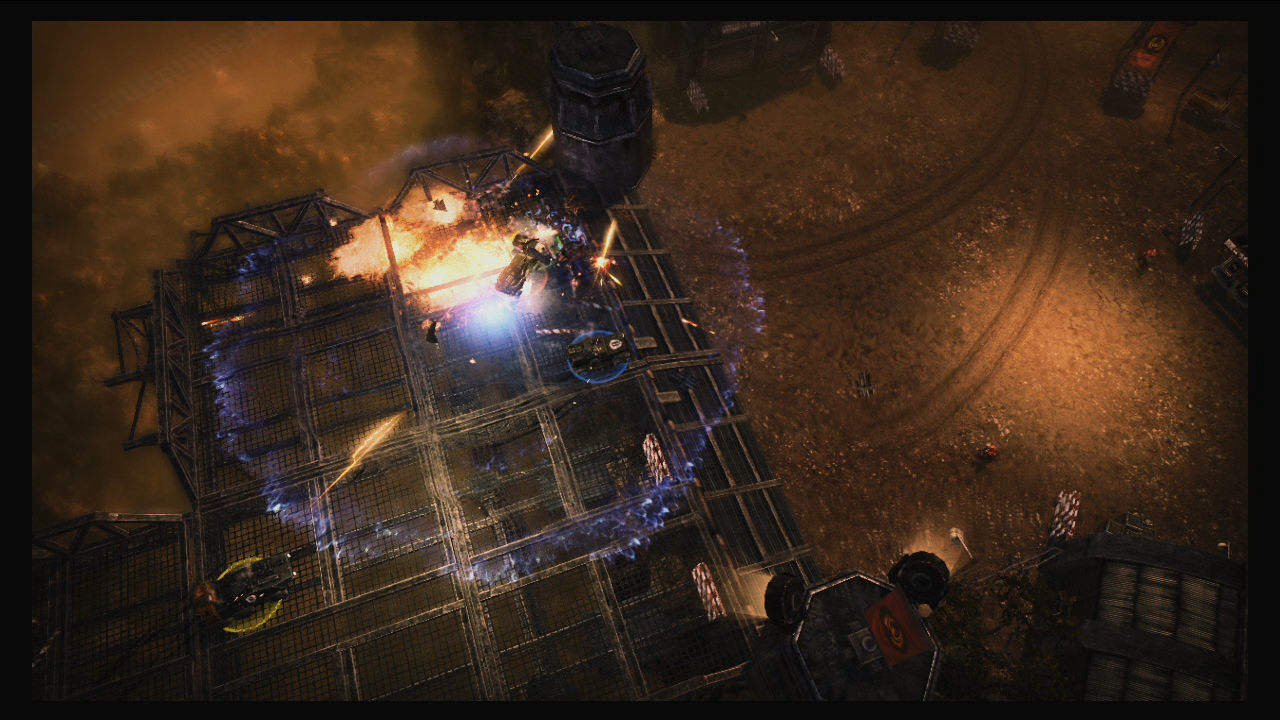 The story of Renegade Ops is a very simplistic one, based mostly around the concept of revenge and a world where somebody needs to do something when crazy people get even crazier (sounds familiar). A madman, calling himself Inferno, has threatened to blow up cities all over the world if his demands aren't met. The governments of the world are willing to listen to his demands in the vain hope that at least giving him some of what he wants will stop him doing something drastic. It doesn't work. The only thing left to do is let the Renegades go in and sort things out, off the record and under the radar. 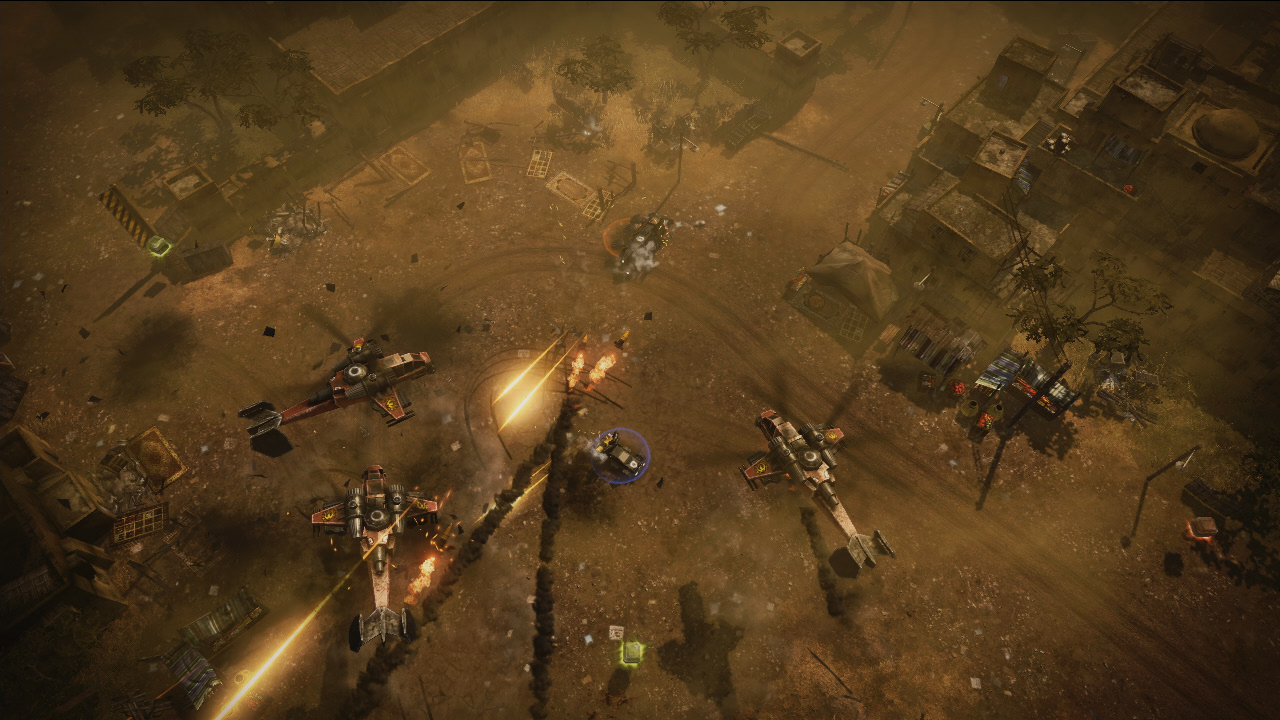 The rest of the story takes place on various islands and peninsulas around the world and involve you taking control of one of the Renegades and thwarting Inferno's plans, whatever he's got in mind at that particular moment in time. It might be a nuclear warhead that he's going to fire at an unnamed country, or it might be a massive ocean liner filled with explosives that he's going to run aground on a beach somewhere. Whatever it is, you can be sure that it's your job to stop it. You're the Renegades, if you don't do it, who else will? 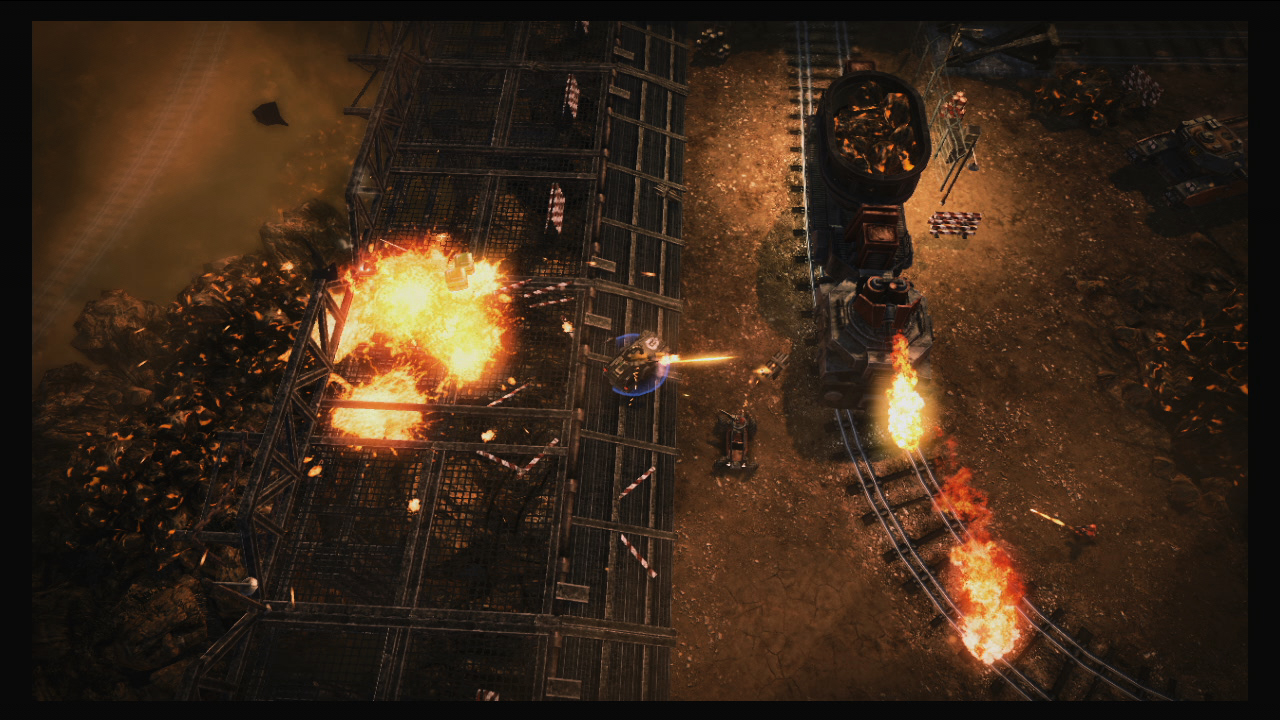 What? It's still alive? Keep killing it with fire!

Most of the gameplay takes place from an isometric perspective, not the top down perspective that most twin stick shooters use, and that fact alone gives Renegade Ops an air of uniqueness from the moment you boot the game up for that first time. You'll choose one of the four Renegades, get dropped into the mission location and proceed to blow as much stuff up as possible while vaguely making your way to the objective. Throughout the level the objective will inevitably change as things start going wrong – just as they would in the real world – and the Renegades have to adapt their tactics to whatever the new situation is.

During the mission you'll be presented with various small secondary objectives, these are objectives that the player doesn't have to complete in order to complete the mission, but it will usually help them in some way. It could either stop more enemies spawning during a particularly difficult bit later in the level or it could simply serve to give you more experience points. More experience points means more levels, and more levels means more gear, so it's a win-win situation and nobody loses! Well, except the dead enemies, they lost.

When it comes to downloadable games they're not always the best looking things in the world, just look at Mechanic Infantry or Honor in Vengeance II, they don't always, if ever, have the same production value of some of the more popular AAA games out there so you're probably never going to see a downloadable title using something such asCryEngine 3, unless Crytek themselves are going to release an XBLA game… which probably won't happen any time soon.

With that being said Renegade Ops is one of the best looking games out there right now. The vehicles and the environments look amazing whether you're just whizzing past them on your way to your objective, or if you're driving straight through the buildings to take advantage of the destructible environments, the eye candy is just about everywhere.

Another part of the game that would come under the heading of graphics is the motion comics that are displayed at the start of each mission, instead of a fully rendered cinematic that would be displayed on a AAA game of the same style, Renegade Ops goes for the motion comic approach which, to be honest, fits a lot better with the overarching, crazy style of the game.

Downloadable titles like the ones that are available on the Xbox LIVE Arcade have just been getting better and better over the past couple of years and games such as Renegade Ops are a clear indication of this. They still have a long way to go in terms of adding more replay value but a lot of them are certainly worth the minuscule amount that are being ask for them. The length of the campaign missions is a little disappointing but there is about as much content as there is in games of a similar ilk so it's not much to complain about, the graphics are outstanding, the controls are fluid and easy to pick up and it's never been so much fun to drive through buildings en masse just “because I can”. If you've played the trial version of Renegade Ops and you're even just on the fence about downloading the full game then I can assure you that you won't regret it. If you've got friends that will enjoy this type of game then get them in on the action too, as with most things the more people that are involved the more fun it becomes!