Man, do I ever remember the days I spent in front of my Super Nintendo and Sega Genesis playing games like Earthworm Jim, Aladdin, and Zelda: A Link to the Past. The games were complex, the stories riveting (at least, to an 8 year old with a small attention span), and the music, well, let's just not talk about game music from that era. Guardian Heroes, developed by Treasure, was one of those classic titles that no one really thought would get a makeover. Well, it did, and one that truly improved upon an already-great game. This 2D hack-and-slash side-scroller provided a unique storyline full of choices and consequences.

Guardian Heroes is a 2D side-scrolling fighter, similar to Teenage Mutant Ninja Turtles: Turtles in Time; the player chooses one of several heroes and moves between three "platforms" through the map to attack various enemies along the map lines. The remixed controls do a great job of this, as the player is able to freely switch between the three layers in whichever direction they choose. On the original control scheme, however, it was nearly impossible to shift downwards, for instance: if the player had been in the middle and wanted to get to the bottom level, they'd have to jump from the middle to the top layer, and then jump again to make it to the bottom, which tended to get in the way of kicking the crap out of hapless villains doing dastardly deeds. 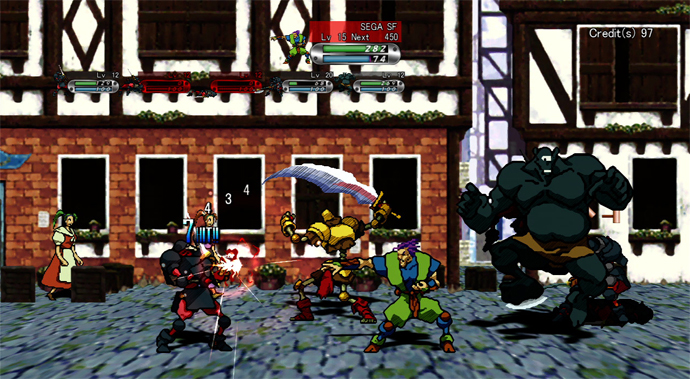 You play as one of four characters in a create-your-own adventure tale, starring four accidental heroes who stumble upon a legendary sword. As you progress through the game (of which the choices you make can lead you to any of 7 different endings) you learn of the war between the Skyborn and Earthbloods, inevitably leading to humans cowering somewhere in the middle. The storyline is passable compared to many of today’s creative tales, but it will keep your attention for a while. 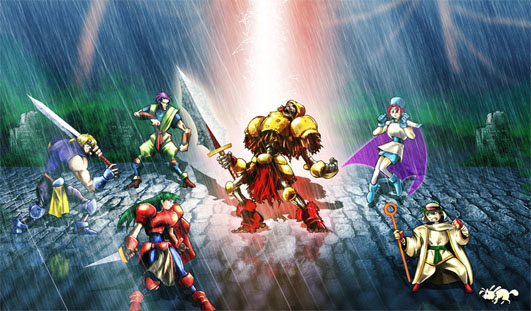 Each character has a list of attacks they can perform, including weak attacks, strong attacks, and magic. The characters can be developed at the end of each level in which the player is given the experience points from leveling up throughout the map. The most note-worthy game modes are online co-op, wherein you can jump to another person’s game and help them kill humans, skybloods, earthbounds, or any combination present, and the multiplayer arena, in which several people can get together and beat the living crap out of one another for no reason whatsoever.

The music wasn’t terrible for the era, but pales in comparison to modern games. It can get annoying fairly quickly; I ended up having to turn it and the sound effects off, as they tended to grate on the nerves. Graphically speaking, though, the improvements really take the cake: they didn't really tweak the overall look or theme of the game, but the developers added a shiny new coat that spruced up the look of this 1990’s classic. Of course, all of this is affected by nostalgia: if you grew up with games from the 90's, you'll probably love Guardian Heroes. If you were never really involved in that scene or don't like that era of gaming, this game isn't for you. Simple.

If you're interested in this game, you might also consider the Alien Breed remakes or Worms Reloaded.