Oil Rush is developed by Unigine Corp. and is self-described as "a real-time naval strategy game based on group control that combines strategic challenge of classic RTS with sheer fun of Tower Defense, and features state-of-an-art visuals." What a mouthful. You may have heard of their Heaven benchmark utility, which is fairly well-known in the benchmarking realm and has outstanding visuals.

The game takes place in a flooded world -- everyone lives on boats and the only currency, aside from bullets, is oil. The story goes that you are a unified group of people trying to fend off and destroy oil-rig-pilfering pirates. Battles take place on, you guessed it, a giant ocean that is spotted with oil rigs and unit-producing structures.

Let's delve into the specifics.

As we've come to expect from Unigine, the game isn't half bad in terms of visuals. It's no Battlefield 3, but it isn't Runescape, either. You don't really get to appreciate the graphics while playing Multiplayer or Skirmishes, but during the campaign you come to some very interesting landmarks which really show off the art style. 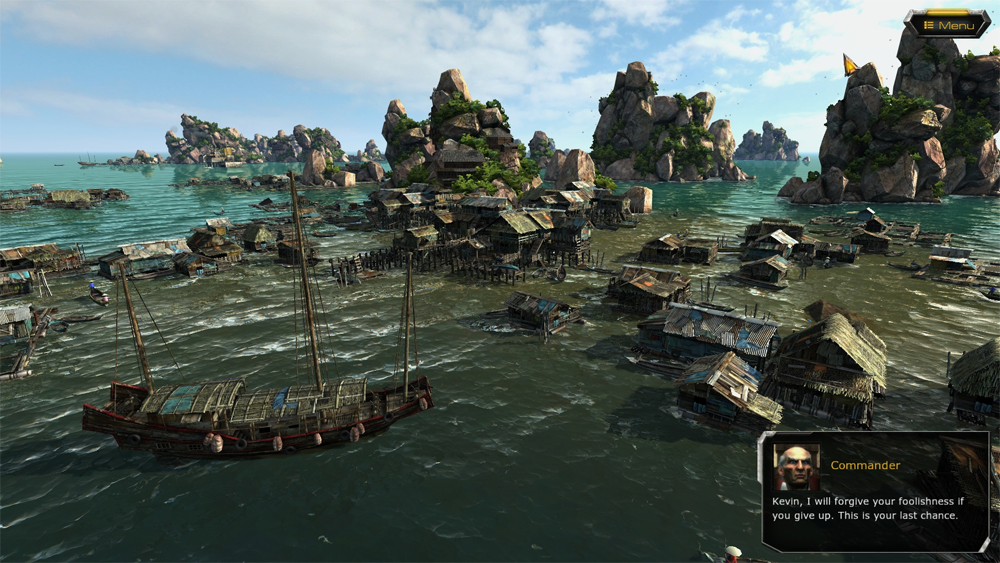 Hey, didn't Hammond, Clarkson, and May go here once?

While being described as an RTS with "some Tower Defense" thrown in, I really don't feel like it has any Tower Defense at all. Basically, every match you start out with one unit-producing structure that constantly pumps out your basic unit at no cost. You then take those units and right click on the neutral structures to capture them. These structures can sometimes be defended by turrets and other things, but once they're captured they start either creating units or oil. They will never stop doing their respective task until they are captured again, but they can be sped up using various abilities. There are also tech trees that you progress through as the game goes on and you spend oil to select new unlockables. These range from calling in a nuke, to speeding up production, to calling in a "super" unit like a submarine or huge helicopter.

There is absolutely no micro involved in Oil Rush, so if you're looking to be the ST-Bomber of a non-StarCraft game, this probably isn't your best bet. Fighting is performed by simply clicking on the building your units are rallied around and then clicking the building you want to capture. It's just that simple. 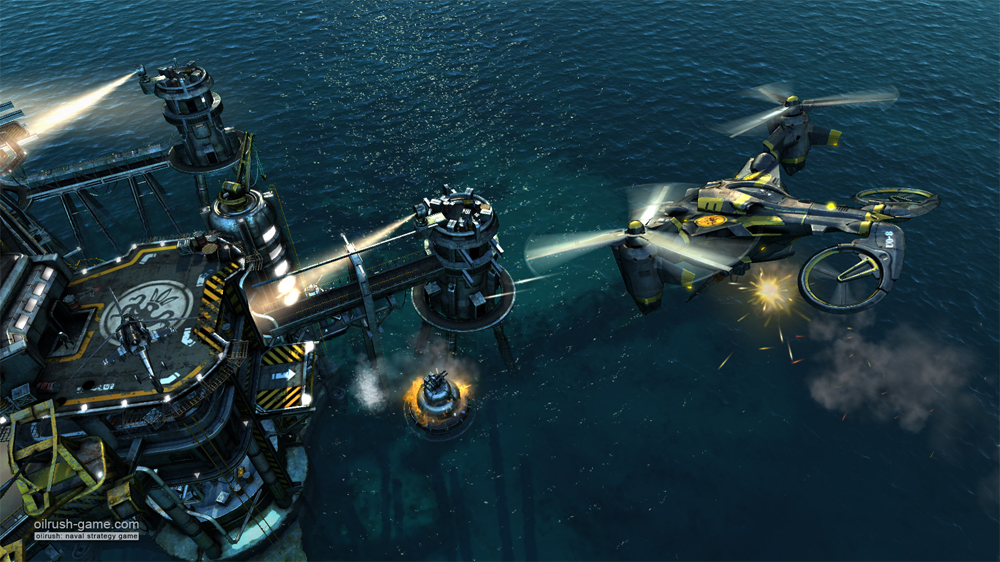 Just remember, clog all oil spills with a junk-shot.

Oil Rush is a classic "Strategy" game with no micro or macro focus whatsoever -- it's definitely a game designed with the casual gamer in mind. The only time strategy comes into play is the guesswork involved in pinpointing the enemy's army and sniping different rigs and even nuking them when they are off guard. You'll often find the Single Player AI to be very easy to just run over with no thinking involved.

This is the one thing I have always hated about RTS games: the campaign. All it does is put you in a world with a sub-par story, sub-par voice acting, and in situations that would never occur when you play against someone online. Personally, I wouldn't touch the campaign in this game as it is just your run-of-the-mill RTS excuse for a non-skirmish mode, and it really does nothing to keep you wanting to play more. 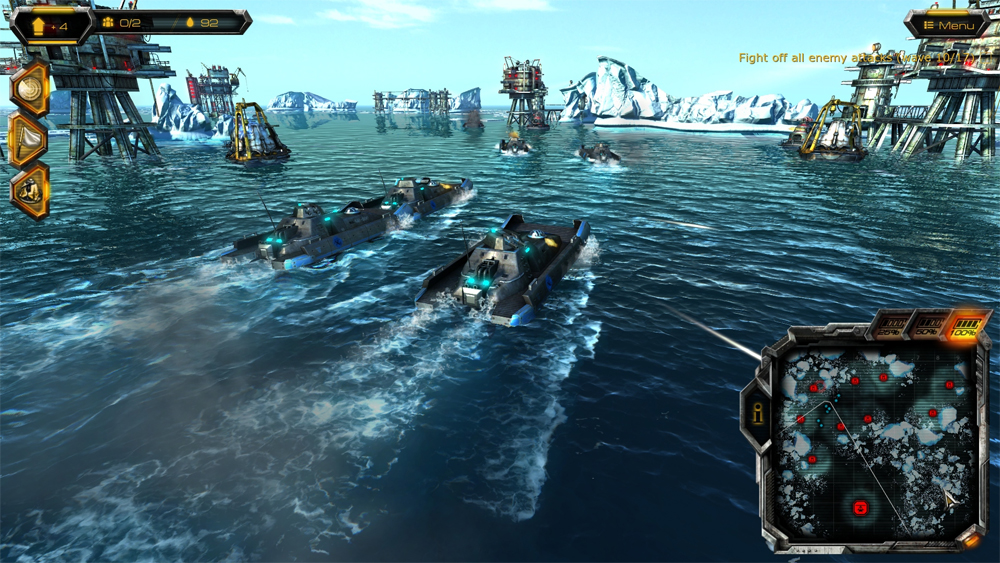 Finally, where Oil Rush actually does well: Multiplayer. In multiplayer, you finally can use this game's simplistic strategy and have some fun; whether it is stealing a unit producing structure with while the enemy is engaged elsewhere or nuking an entire army because your opponent foolishly rallied it to a single rig, there is some fun to be had in the multiplayer. Some. However, you're lucky if you can actually find a multiplayer game as the community is quite small. Oil Rush wouldn't be a bad purchase if you have some friends that are interested in doing some multiplayer together -- the game is very affordable, gliding under the radar at $20.