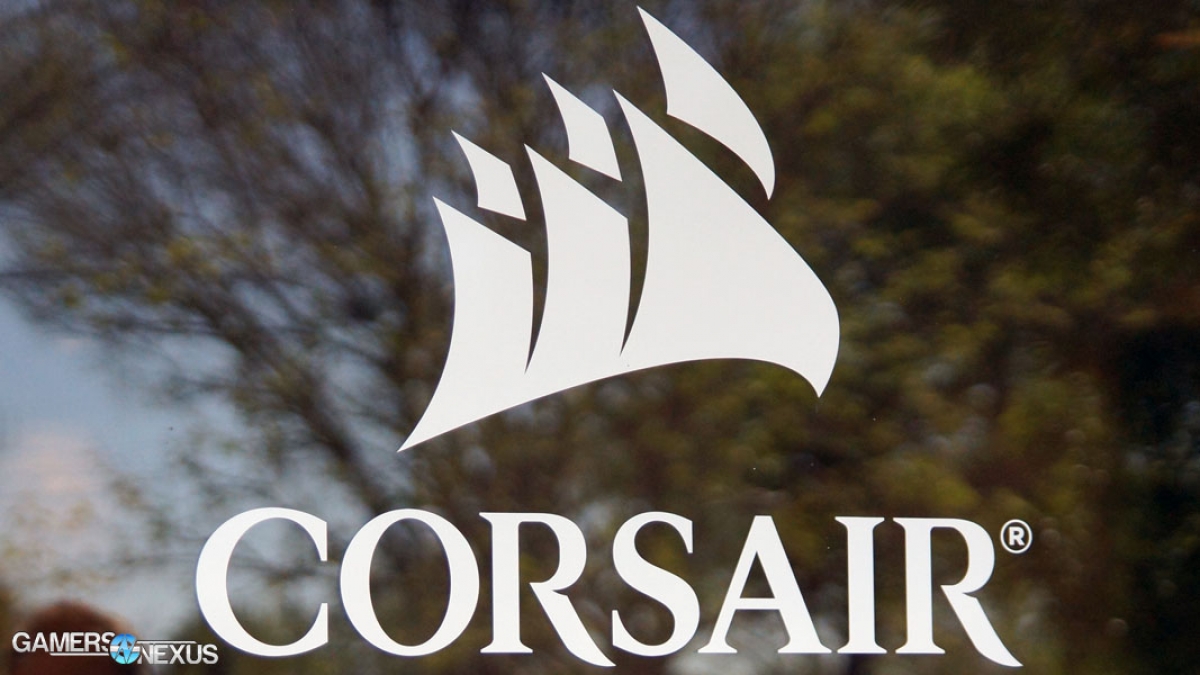 In town for GTC, we decided to stop-over in Fremont, California to tour Corsair's new US headquarters. The company moved to its new location in November and has only just begun filling the entire space, but critical business components were in full operation during our visit. Among these components are the various test and engineering labs, which provided a hands-off look at some of the test equipment deployed by the memory giant and cooling manufacturer.

Jumping straight into equipment discussion feels unfair, though – that slider image deserves demystifying. Looming above is Corsair's new logo, spotted just outside of the building before our tour. The logo is only slightly varied from the company's current sails logo, introducing harder edges for a more 'modern' design. This change comes after an unbelievably polarizing debate among gamers pertaining to the unveil of Corsair's “gaming forged” logo, a crossed scimitar design intended for some peripherals.

Corsair's test engineering lab hosts a few of these ovens for component stress testing. Some labs, including a few I've worked at, will make use of hot/cold chambers to stress components in a fashion that simulates age or wear-and-tear. These tests are heavily controlled and assist in determining break points of a product as it ages and flexes from hot/cold cycles. A previous enterprise server company we toured demonstrated their use of thermal chambers (similar to Corsair's) for “rugged-ized” testing, the process of determining whether components would survive hot military deployment environments under intense thermal duress.

Ovens can be used to test a number of products, but are commonly used for memory stress testing. 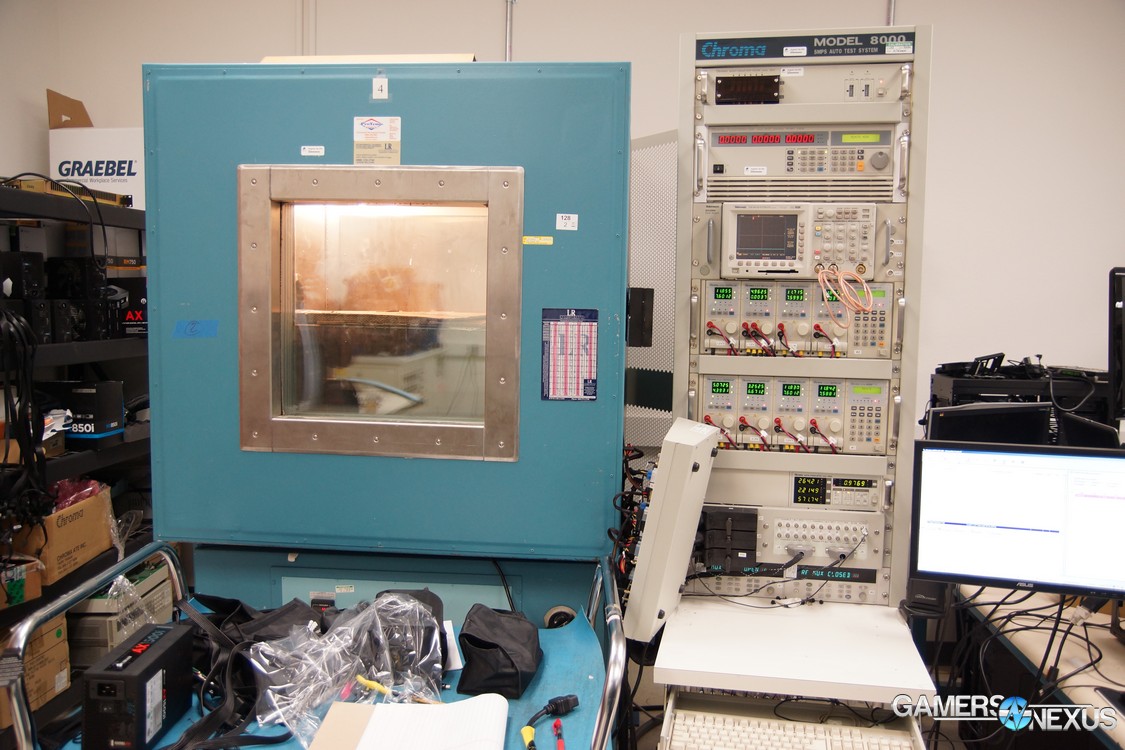 Adjacent to Corsair's heat chambers is the Chroma bench, used for electrical testing of power supplies. Effectively all of the larger manufacturers will use a similar setup for competitive analysis and testing of their own components, ensuring a level of quality and stability.

Nearby rests the wind tunnel, branded with a “Suck Less” Vengeance sticker. The wind tunnel is used for case fan testing and offers read-outs for flow-rate, PWM, RPM, voltages, and a few other metrics related to airflow. 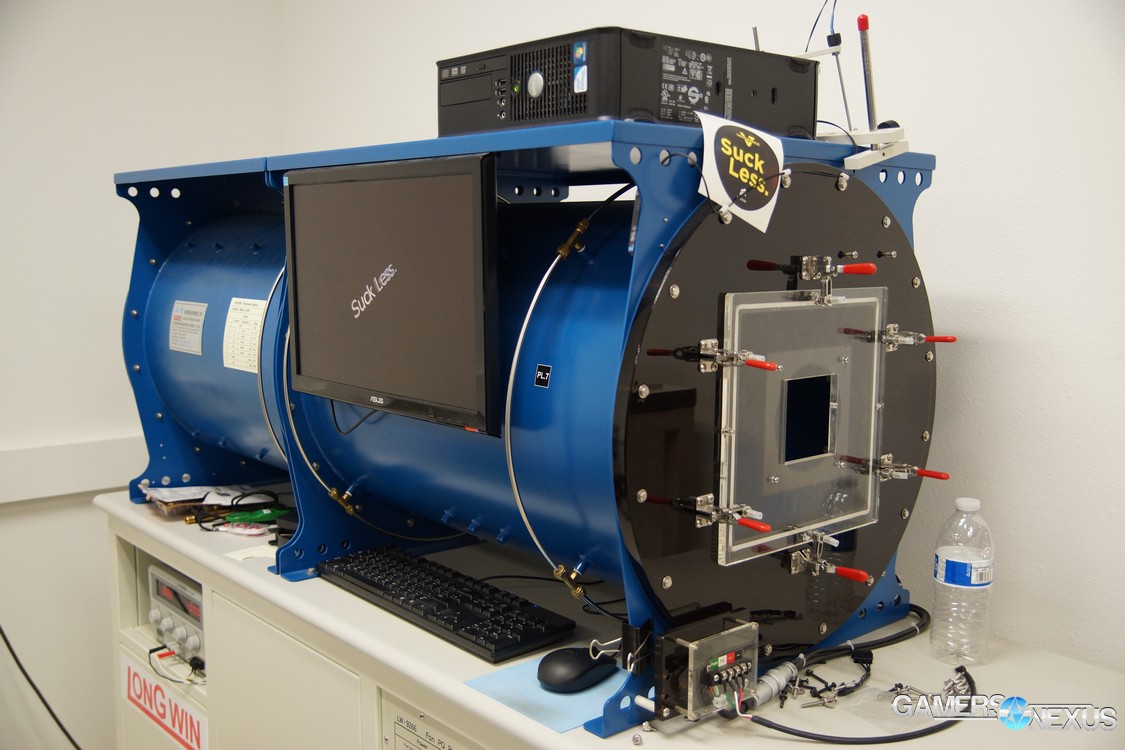 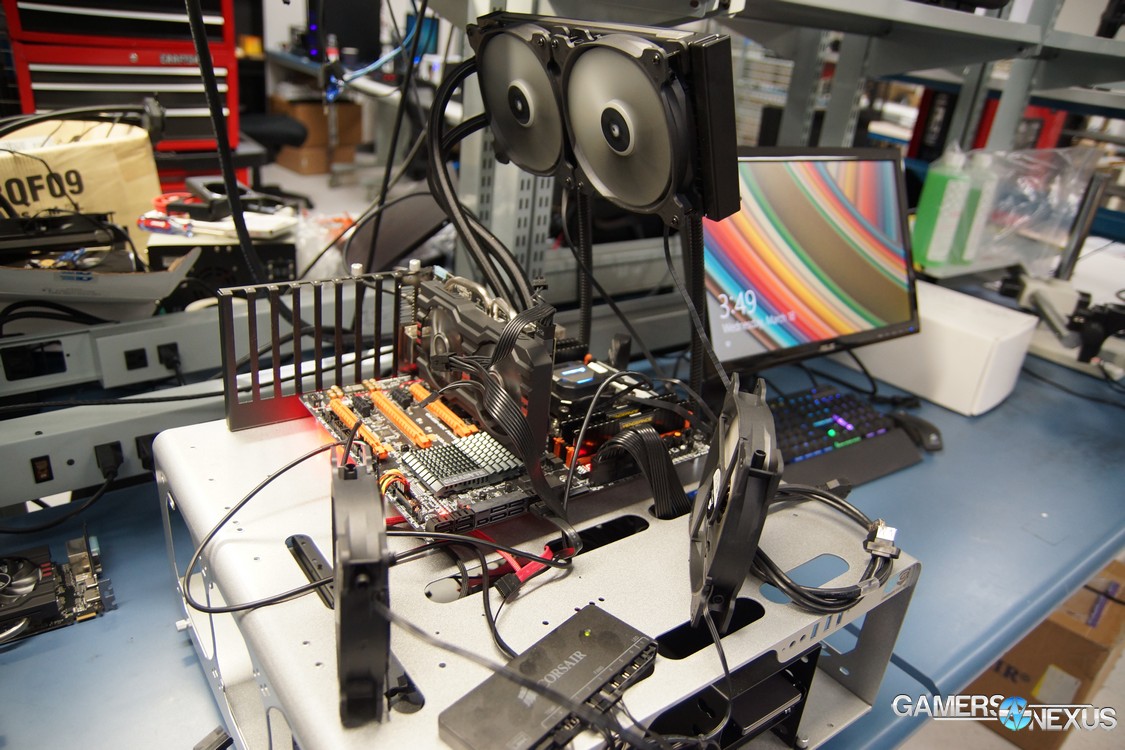 Another, perhaps less expensive lab hosts dozens of in-house and competing products for analysis on open air test benches. Open air tech stations are easily accessed and fairly modular, allowing expansion or change based upon needs – this is why we use one for FPS testing. Corsair's has a cool modification that I haven't seen before: An arm juts upward from the top deck of the station, acting as support for liquid cooling radiators and keeps the tubes fairly extended. At the time, I didn't think to ask if the CLCs were oriented any particular way (horizontal vs. vertical testing and hose kink testing have come to mind); in the least, the arm keeps CLCs out of the way. 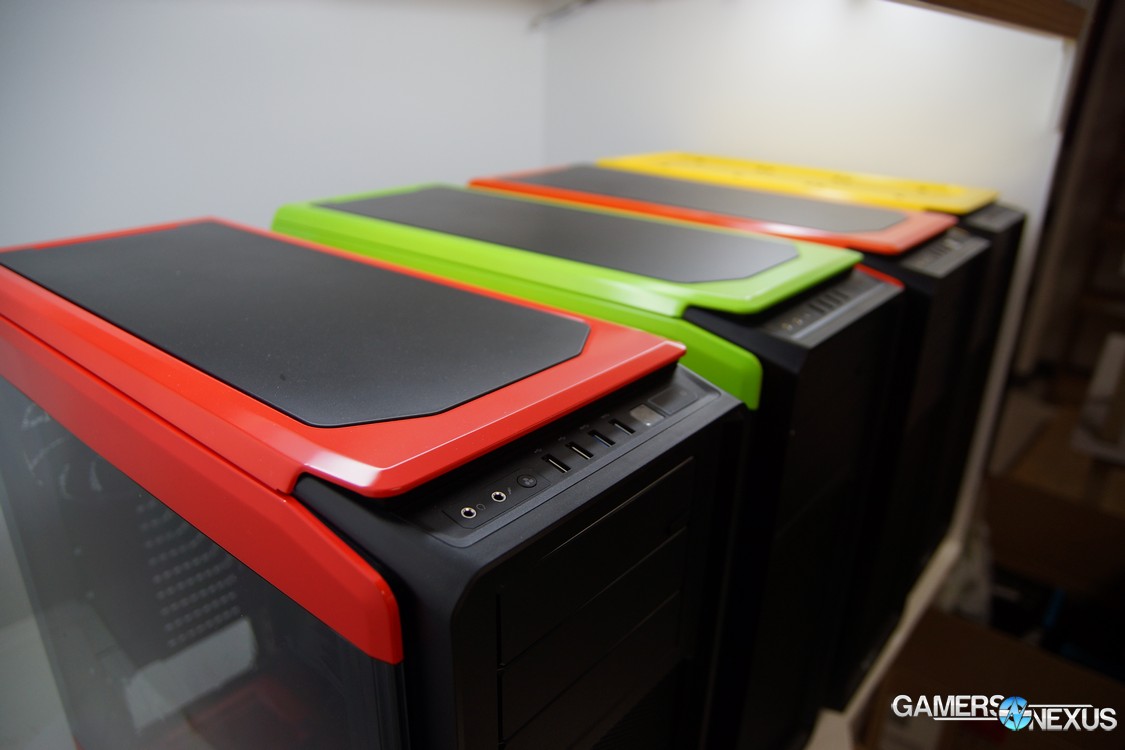 The same lab features a lightbox for demonstrating case paint under various lighting conditions. A set of switches can be flipped to emulate different white balance (similar to what is configured on a camera), producing correlated color temperatures for various in-home light possibilities. This is especially useful for testing white cases, we were told. “White is one of the hardest colors to get right, actually,” Global PM George Makris told us, indicating that panel materials impact white tone to a degree that variance is easily spotted.

Although not yet implemented, Corsair hopes to allocate some of its space to community outreach and gaming tournaments. Competitor Kingston and its HyperX division has its own version of this, though it's primarily dedicated to professional eSports practice and show matches.

Corsair's vision is more targeted at local “evangelism” of system building. The goal is to magnetize kids of various age groups for PC building tutorials; Corsair hopes to show how easy system building is by offering an educational environment with a LAN gaming add-on for post-build gaming.

We'll be posting more content of facilities in the not-so-distant future, as our regular summer hardware tour approaches.