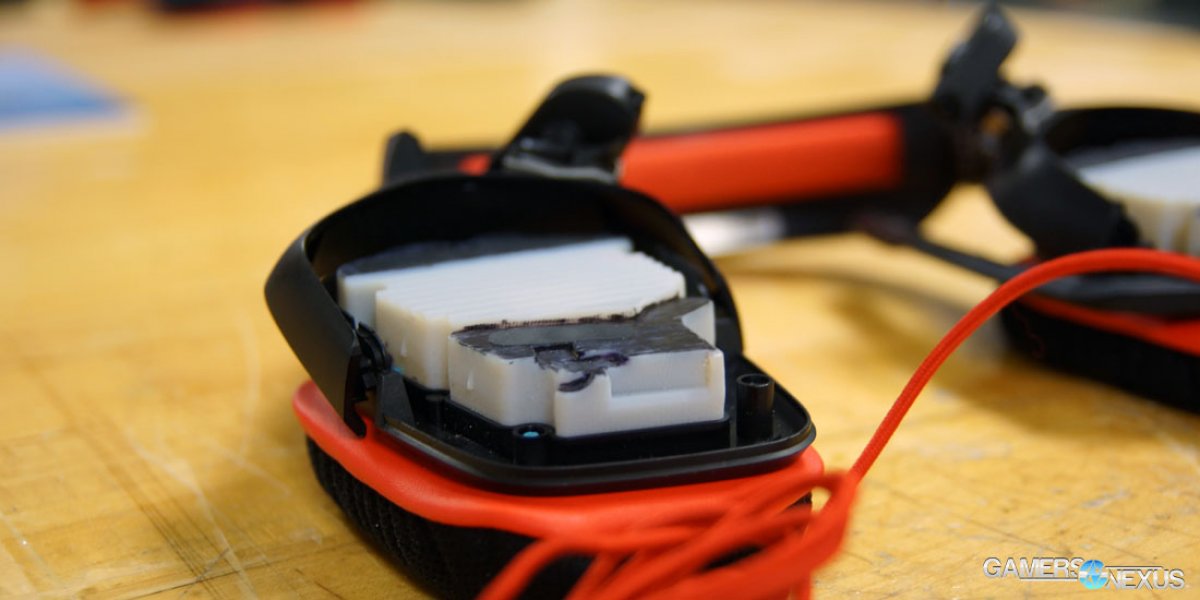 Inside an Anechoic Chamber

The above video shows off Logitech's anechoic chamber, a short point on our multi-stop tour. We also discuss Logitech's new driver design, something that will be explored in greater depth in the review of the new Artemis Spectrum G633 ($150) and G933 headsets.

The anechoic chamber does precisely as the name indicates: eliminate echoes. The chamber is built atop a separate foundation from its surrounding office structure, allowing further structural isolation from sound events -- such as from seismic activity -- and accuracy of testing. To give an idea for the space, the chamber is 35 x 25 x 20 feet (LWH) in dimensions, but the 'user' is suspended on a sort-of pseudo-floor, grounded centrally within that 20 foot height. 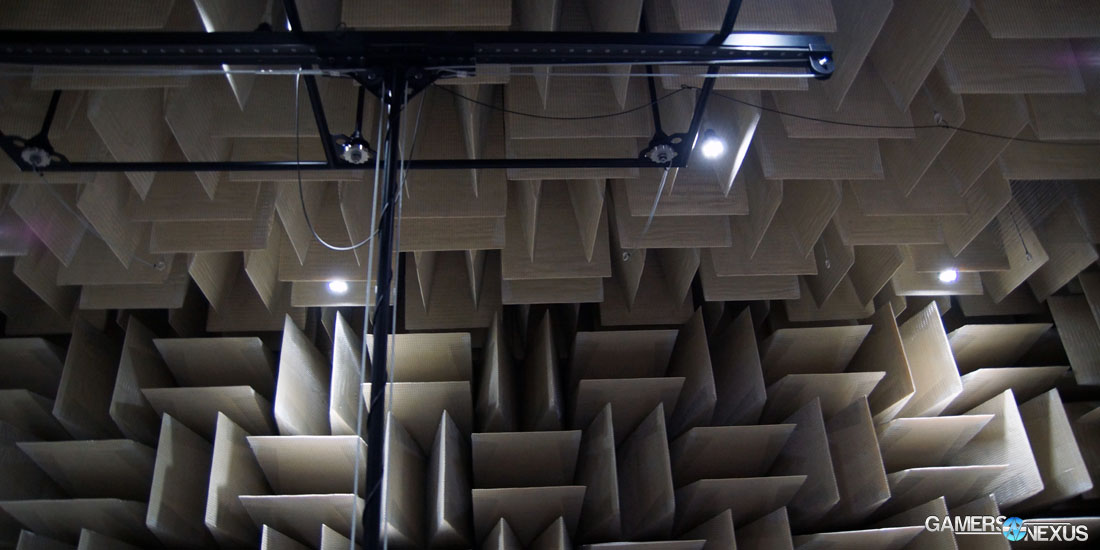 Walking into the anechoic chamber is unique. Its accompanying lab is flooded by the noise of system fans and other lab ambient sound; taking one step through the threshold of the anechoic chamber immediately isolates the inhabitant from almost all noise. Close the door, and we suddenly find ourselves in an oddly disorienting, noise-devoid room. The noise floor, we were told, is "approximately zero db." Speech loses its echo in the walls, which absorb noise to the extent that occupants must raise their voices to be heard.

The walls protrude in iron maiden-like fashion, spikey fiber glass cones extending outward, and the floor rests teen feet below the bouncy wire suspension. It is the spikes that absorb the noise within the room. 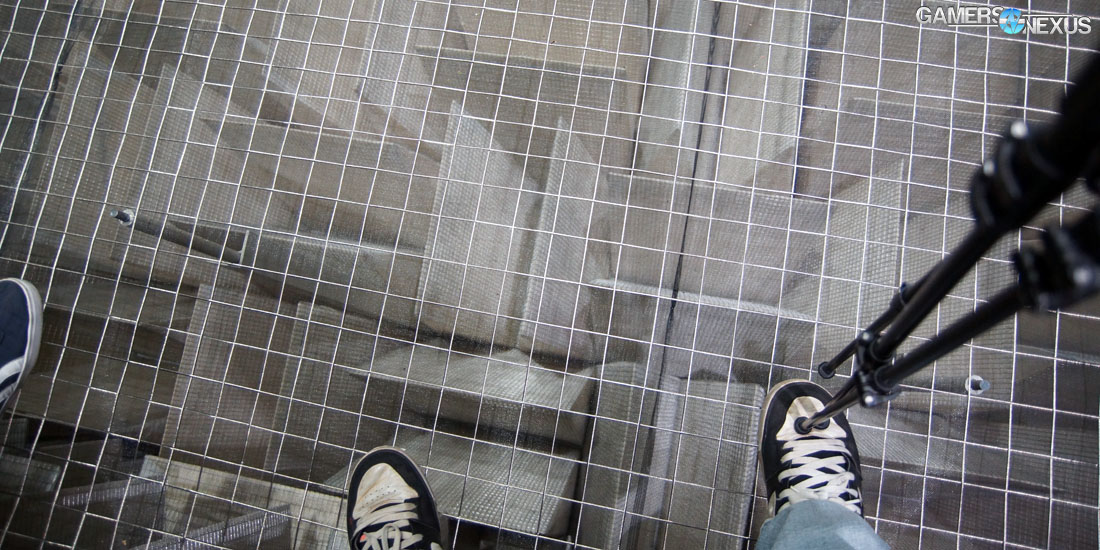 Centrally is seated -- or "impaled," perhaps a better word -- a dummy named "HATS." The name is an acronym, standing for Head And Torso Simulator, that represents Logitech's human analog. HATS gets physically rotated during testing for new products and, eerily, is capable of audio output through the mouth for microphone testing. This provides a clean environment for acoustics engineering teams to design and validate driver or product performance.

The anechoic chamber had a construction cost upwards of one million dollars. The lab's accompanying scopes and test instruments were also expensive, including a $10,000 volt-switching power source, loudspeaker polarity testers, precision oscilloscopes, and laser analysis tools for speaker diaphragms. The above row of severed journalist ears proves Logitech's dedication to Diablo I PVP. 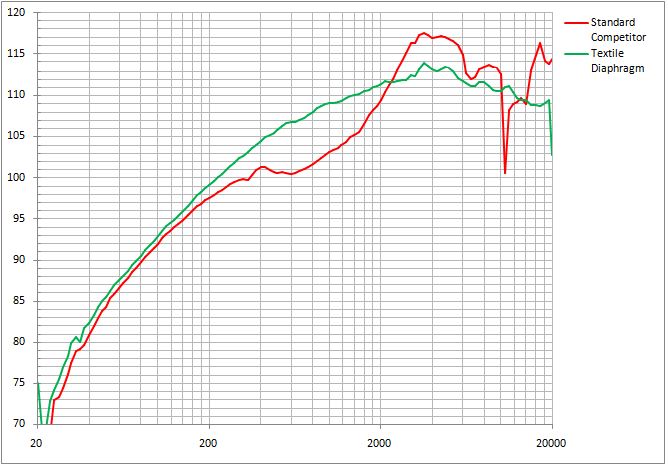 The new driver was initially dreamt-up about eight years ago, but has only known the development phase for the past eighteen months. Unlike existing drivers, Logitech claims its “Pro G” driver is the first headset driver to utilize a mesh-woven diaphragm covering.

This material is the interface through which sound is transmitted. The coating vibrates in front of the driver as sound ripples through it, putting the thin sheet under severe duress as the driver increases its power. The diaphragm must be thin, we were told, but can't be too thin – it'd bend and struggle to continue forcing air forward. To this end, Logitech's new diaphragm is engineered such that the material consists of thickly woven sheets. Diaphragms are usually created from a single sheet stamped out of plastic, Logitech's engineers told us, but the weaving adds a strength permitting of greater output. 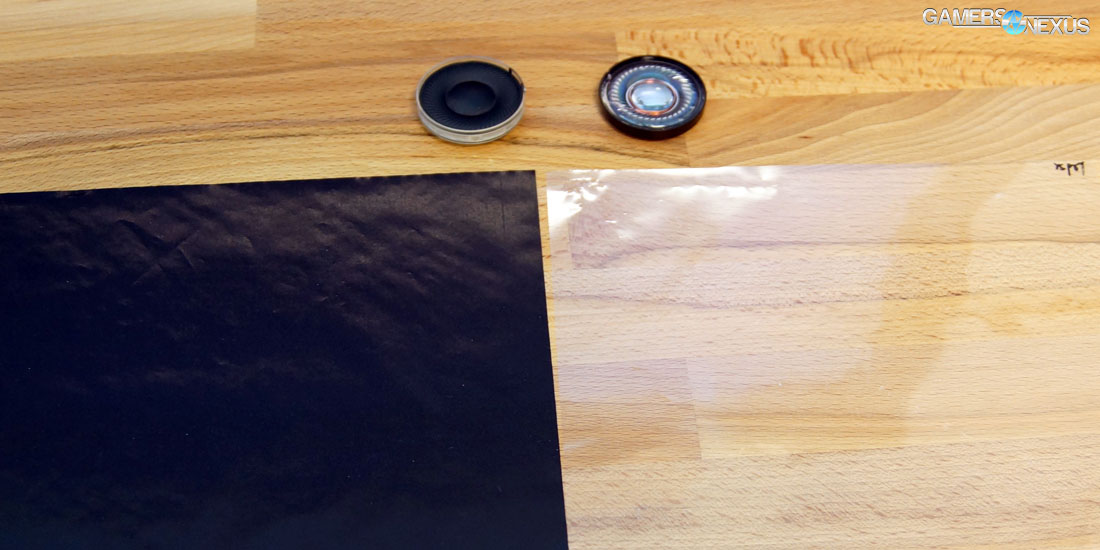 A laser is used to scan the driver's surface as it emits sound, searching for imperfections in the reverberation. The driver should exhibit a clean up/down movement as air is forced through, but rippling or spurious motion can result from poor diaphragm design. This is what Logitech has tried to eliminate. (Above: A microwave and other devices are used to generate home-equivalent interference for frequency spectrum analysis)

Compliance testing is required for any company seeking sale of certain product categories -- electrical, audio, so forth -- in various nations. For the US, the FCC regulates product approval. Manufacturers must meet decibel and electrical standards deemed safe for consumers, something that requires certified labs for validation of compliance. The EU has stricter rules.

One of the Logitech compliance testing rooms was equipped with similar "foam" pyramids lining the walls and ceiling, but only part of the floor. The floor is where reflective noise comes into play and, given the positioning of Logitech's instruments, it also happens to be the destination of high-frequency output. To adjust for this, Logitech adjusts cone height and spec of each wall and ceiling, all tuned for the frequency range hitting that structure.

Perhaps most notably, the Compliance Lab featured a stack of (dead) Zunes. The cover story is that the Zunes had "pink noise" test files, though it seems more likely that the poor things were on a "kill list." Death by high voltage.

Compliance testing also includes ESD validation, where Logitech inputs predefined voltages into potential paths to ground. This assists in determining whether the device can survive electrostatic discharge of varying intensities. The middle stop on our tour was Logitech's mechanical engineering lab, where more traditional tools littered the space -- tablesaws, hack saws, and a 3D Printer for prototyping. The 3D printer was working on structural components of Logitech's new G633 and G933 "Artemis Spectrum" headphones. The printer assists in rapidly testing new ear-pad clamps, suspension bars, mounting brackets, and so forth. Engineers work from a set of reference 'ears' – models of average human ear anatomy – to determine the physical size and depth of ear cups, headphone positioning, and pressure applied to the user's head. ME staff work to improve or create functional and aesthetic headset tweaks, manipulating LED pathing and vibrance, foam, user-serviceable components, testing cable braids, and so forth. Logitech's new headsets have arrived after several years of general silence on the audio front.

The G633 and G933 are similar in most aspects – including comfort and core specs – but differ primarily in the G933's wireless deployment. Both headsets ship with a full suite of supporting technologies. DTS Headphone X, which offers a highly accurate recreation of a “true” surround speaker setup, and Dolby Surround, a tech with which we are less impressed, but still find important for supporting cinema experiences. We generally recommend avoiding Dolby Surround for competitive or music experiences – the tech sort of creates a muddied, overwhelming barrage of noise. This was discussed in our GameCom 788 review.

As mentioned above, Logitech's boasted game-changer for the curiously-named “Artemis Spectrum” line of headsets is its Pro G driver. The new sound driver is an in-house, patent-pending solution that applies a mesh diaphragm (among other tweaks) to improve audio power and clarity.

The headsets are capable of 7.1 output, but will mix according to game limitations where present. Logitech's software has continued its rapid ascension to becoming a usable utility rather than undesired bloat – a feat worthy of praise – and extends its reach into audio. The G633 and G933 software hosts a suite of tuning capabilities, to include EQ customization and game-specific profiles created alongside major studios. This is something we see as the future of the industry and has been reflected in the world of GPUs: Developer relations are shifting to the forefront. Or, at least, the forefront of the behind-the-scenes – however far “forward” that can be.

Logitech provided an agreeable use case: Take a studio with multiple studios – Bioware, Cloud Imperium Games, et cetera – and consider that audio technicians located remotely must replicate one another's setup for the greatest accuracy. DTS Headphone X and Logitech intend to work with studios to create a sound space profile of any given room, then push that out to the new headsets for use. To make things more clear: Pretend that Game Company X has a 20x20 acoustics room for audio design. Company X wants its Austin studio to design sound for a particular level or cinematic, but its Austin studio does not have an identical hardware and physical configuration. The audio could become mismatched without tedious levels of attention. To this end, Logitech proposes headphone simulation of Company X's host location so that the Austin studio can simply install a profile and don a headset.

We normally don't vocally praise something without a significant amount of hands-on research. With DTS, we've heard the technology's merits on a few occasions – CES 2013 or 2014 being the first – and we believe in its quality. The deployment, of course, is another story; one that remains to be told by the manufacturers. We do think Headphone X is promising tech.

As for Logitech's new headphones, they're rolling-out beginning in September.

We're told that the G933 should have a battery life upwards of 12 hours* with no lighting and that the G633 will offer a cheaper (and more traditional) wired setup for users with versatility or budget demands.

Both headsets are compliant across modern consoles and PC.

We've got a lot more to say about these headphones, but will reserve further editorial commentary until the review is posted.

Note: We have updated the article to correct a typographical error pertaining to the battery life. The battery life of the G933 is closer to 12 hours with no lighting.