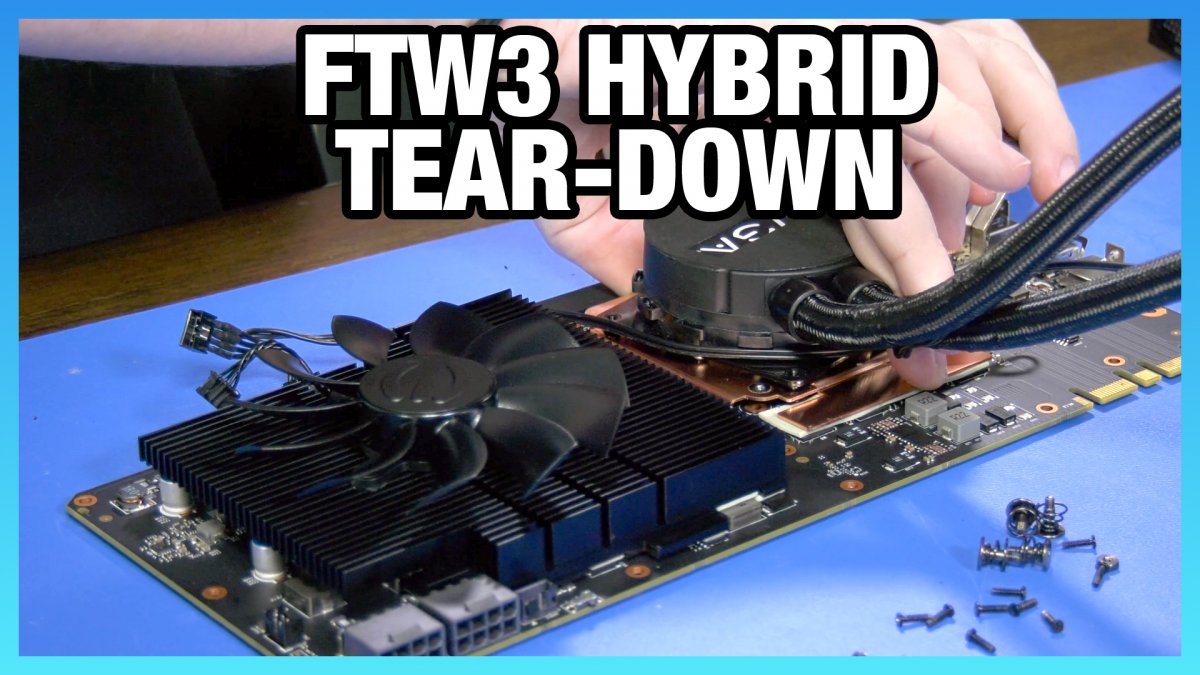 The EVGA GTX 1080 Ti FTW3 Hybrid differs slightly in design from previous Hybrid cards by EVGA, despite overall similar assembly. Under the shroud rests the Asetek Gen4.5 CLC, installed at a slight angle atop the copper VRAM coldplate. This layout has changed only slightly from the SC2 Hybrid, primarily in the mounting mechanism. EVGA is now using four screws to secure the VRAM plate to the CLC coldplate, and then further using the rear-side screws to secure the entire assembly to the board. This tightens the contact between the CLC coldplate and VRAM coldplate, hypothetically improving heat transfer. A thick layer of thermal compound is smeared between the two plates, as with previous designs.

EVGA has also introduced a foam pad atop its pump plate, used to damp noise / vibrational noise and prevent direct contact of the pump plate to the shroud. Comically, the EVGA logo has a cut-out in the foam, despite being invisible to the user. We think this is the first step to EVGA's much-needed pump noise reduction. The top (and often only) user complaint about these Hybrid cards is the pump noise. To solve this, we have used 4-pin GPU to 3-pin motherboard connectors, at which point the pump speed can be controlled by the motherboard (down to 90%). We're hoping that this is something EVGA can improve for next generation, but for now, it's still going into the GPU PCB and still at 100% all the time.

Aside from this, the same VRM is used as the FTW3 -- same FETs, same controllers. This is an FTW3 with a better cooler strapped to it.