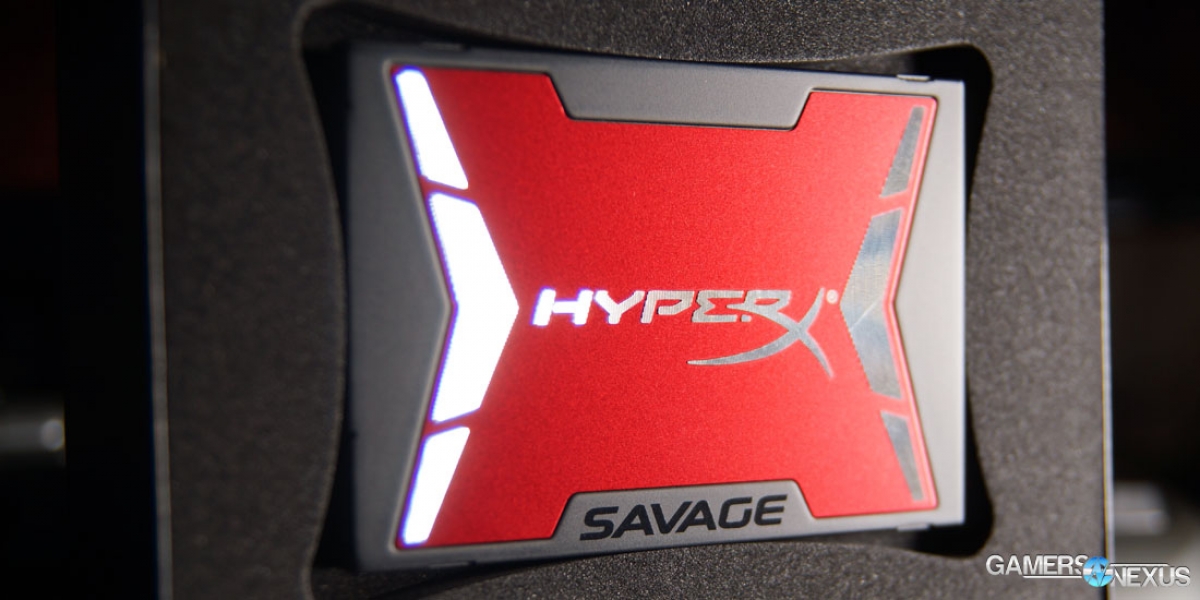 When we spoke to LSI's Kent Smith about SSD selection, we published content elaborating on why users should pay closer attention to the internals of their SSDs prior to purchase. An SSD is effectively its own computer – something we dissected in our in-depth SSD Architecture article – and each component can wield drastic leverage over total performance. Controllers are paramount to SSD speed and endurance, employing varying types of data transaction compression, garbage collection, wear-leveling, and overprovisioning allotment for use in their host SSD. NAND is also important, although more volatile in supply, which can cause drive changes post-launch, and can directly influence speed and endurance of the device.

All of this is to say that good SSD reviews are profoundly deeper than the speed charts listed at the end of the review. There's more to the underlying technology that may not surface in charts – we try to define a reasonable, not-overwhelming amount of this information in the written reviews. It is unfortunately impossible to conduct endurance testing while also reviewing an SSD near its launch date, but we can inform our process and speculation based on knowledge of the underlying hardware.

Let's get to it. This HyperX Savage SSD review benchmarks its speed against Samsung's 840, 850 Pro, Kingston's HyperX 3K, and OWC's Mercury SSDs; along the way, we discuss the Phison PS3110-S10 controller, the gradual shift from SandForce, and NAND type.

NOTE: At time of initial writing for this review, the price for the 240GB SSD was $148 -- a poor deal -- and the 1TB SSD was listed at $598 at some retailers. Prices changed in the hours before publication, which may impact some of our opinions.

Kingston's new SSD ships in 120, 240, 480, and 960GB capacities. Value is questionable at the book-ends of the price spectrum, a fact underscored by the $598 price-point of the 960GB SSD; for perspective, Samsung's reigning king 850 Pro 1TB SSD sits at a neighboring $566 (note: at time of publication, we found that the HyperX 960GB SSD is now $550 via Newegg). At 240GB, the cost-per-GB value is more competitive with existing SATA frontrunners for gaming use cases. The HyperX Savage hovers at ~$147 for 240GB. Nearby competitors, including fan-favorite Crucial MX100 and Samsung's 850 EVO, both rest closer to $120. Looking toward faster drives, the 850 Pro runs $156 for 256GB and offers one of the most comprehensive featuresets present in a modern consumer SSD. (Note: HyperX Savage is now $122 via retailers, which makes it a significantly better value).

The phrase “in medias res” comes to mind: Kingston just dove headlong into the middle of a highly combative market, and it's tough to make noise in between flanking heavyweights like the MX100 and 850 Pro.

Phison's S10 marketing language will immediately tout its quad-core equipment, but there's more to it than core count. The S10 controller offers a few key features:

To make things easier on everyone, here's a very rapid and precariously top-level overview of the terminology at play:

SSDs store their data on Flash NAND cells (see below image), which use voltage states to check and store data to each cell. Different NAND Types dictate how many states are present per cell (SLC, MLC, TLC, etc.). Because the data is stored and accessed electrically and does not require physical headers for transactions, data can sit anywhere on the drive and be accessed with effectively identical speed.

Because Flash ages based upon its use, clever SSDs (all modern SSDs) will actively move data around on the device to ensure equal wear of the NAND. Say that you've got a few Flash modules that offer 3,000 Program/Erase Cycles, but you're only using a few gigabytes of space on your SSD (and you're using that space very actively – lots of deleting and rewriting going on). The minute cells start depleting their P/E allotment – the amount of times they can be written to and erased – the SSD's stability is compromised and it could enter a read-only locked state. There's a lot more at play here – like overprovisioning and the induction of reserve blocks/cells – but we're keeping it simple.

Knowing all of this, wear-leveling, in conjunction with garbage collection and other “flush” tasks, is responsible for moving data around electrically on the disk. This movement ensures that each cell is worn equally, and so no single cell should deplete its P/E allotment significantly faster than any other cell, lengthening Flash lifespan greatly. 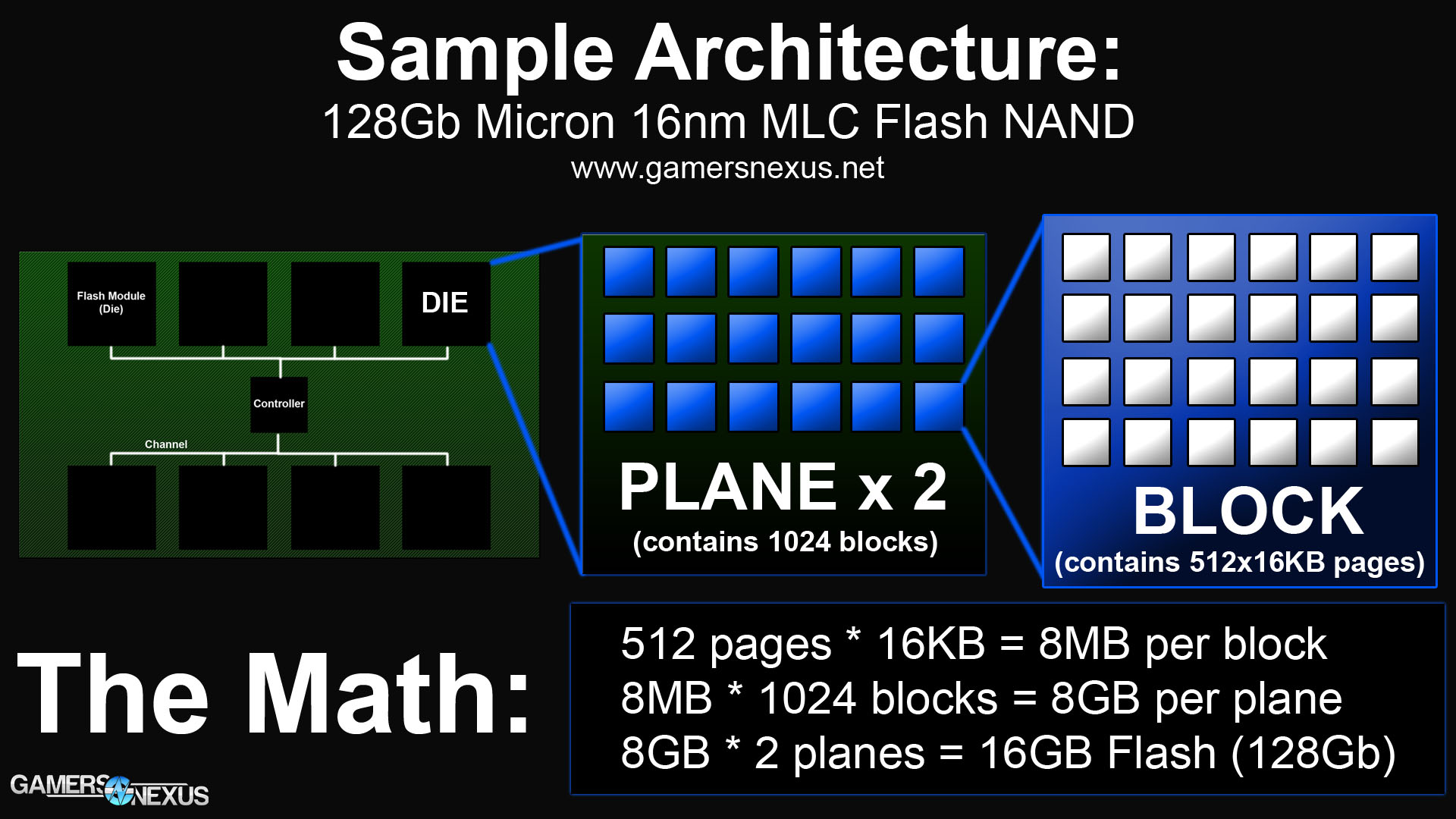 What about Garbage Collection? 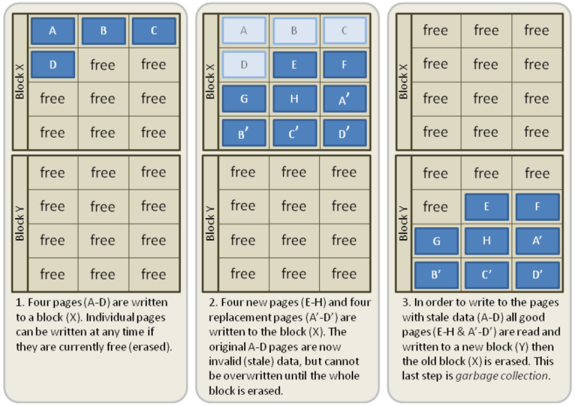 An SSD's controller will reference a Flash translation layer (a map of usable locations to the OS and their accompanying Flash pages) to “finalize” details on where data will be transacted once a read or write is issued. This is important to the understanding of garbage collection and wear-leveling.

At the very top-level, garbage collection is a background process that – as described above – assists in the shifting of written data around the Flash. When data is moved, garbage collection performs the unique function of checking that location for deprecated, orphaned data, invalid and flags it for an erase once possible, freeing-up the space for use in future wear-leveling tasks. On Flash devices, an erase command – different from simply 'deleting' a file on the desktop – can only be issued to an entire block (see above architecture image) and cannot operate at the smaller page or cell levels. This means that blocks which contain both active and inactive (invalid, orphaned, or deprecated) data cannot pinpoint an invalid page and say “erase that;” instead, the “live” (active) data must be moved to a new block, effectively gentrifying the invalid data into a soon-to-be bulldozed block.

You were saying something about the S10's Cores...

Right. Back to the task at hand: The remaining of the four cores – that'd be one, as the other three are occupied with flush tasks – oversees operations conducted with the host. The S10 controller uses a standard 8-channel layout, meaning it will achieve peak efficiency with all eight channels saturated with Flash modules. We have noticed that Phison's controllers seem to more equally balance read/write I/O over other controllers, like the SandForce units.

Phison's controllers make use of DRAM for caching operations (256MB on-board, operating at 1600MHz CL11) on the SSD. The practice of using DRAM for SSD operation caching has become somewhat standard at this point.

In its present state, the Savage SSD hosts Toshiba A19 MLC TSOP NAND, but that could change as supply lines shift.

Continue to Page 2 for the benchmark charts.