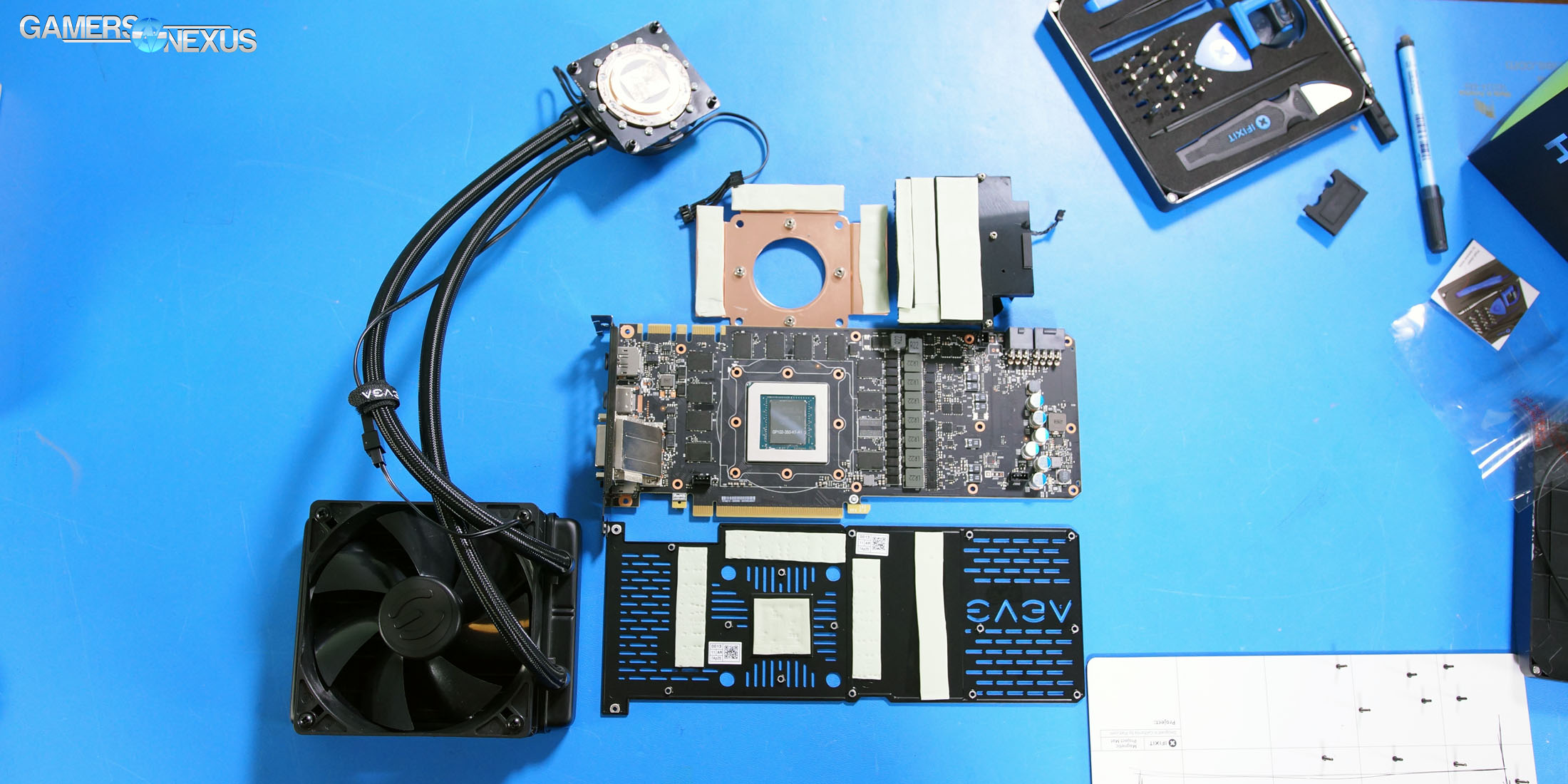 Here’s a look at the card (from our tear-down video):

This isn’t entirely new construction, though EVGA did somewhat recently make the move to start including copper coldplates for VRAM cooling. This adds an extra ~15W to the heat load, but cools the VRAM modules significantly better than without the plate. We have testing using both ICX sensors and our thermocouples, for those curious about the impact of this copper plate. The plate contacts the CLC coldplate, using a thick layer of thermalpaste between the two copper surfaces and ultimately sinking to the liquid cooler. 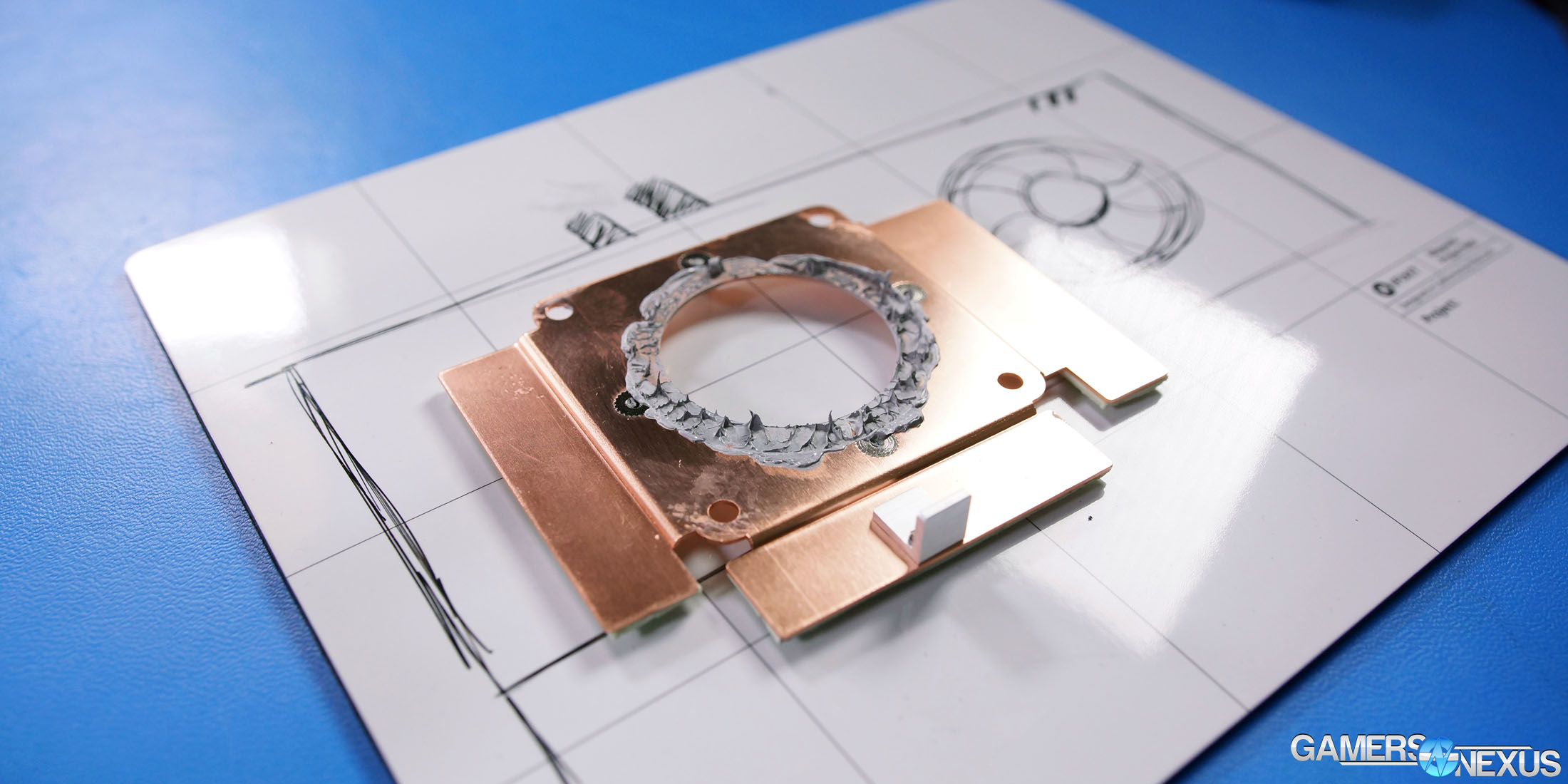 For VRM cooling, EVGA is using an aluminum heatsink and spreader that contacts the inductors and FETs directly via thermal pad. A small back-swept blade fan is mounted atop the aluminum heatsink. This fan is capable of 0RPM when VRM component temperatures are low enough (seems to be below ~55~60C), but will often keep its RPM low enough that the noise output is effectively 0 – the radiator fan will run louder. More on that shortly.

Continue to Page 2 for thermals, noise, & the conclusion.