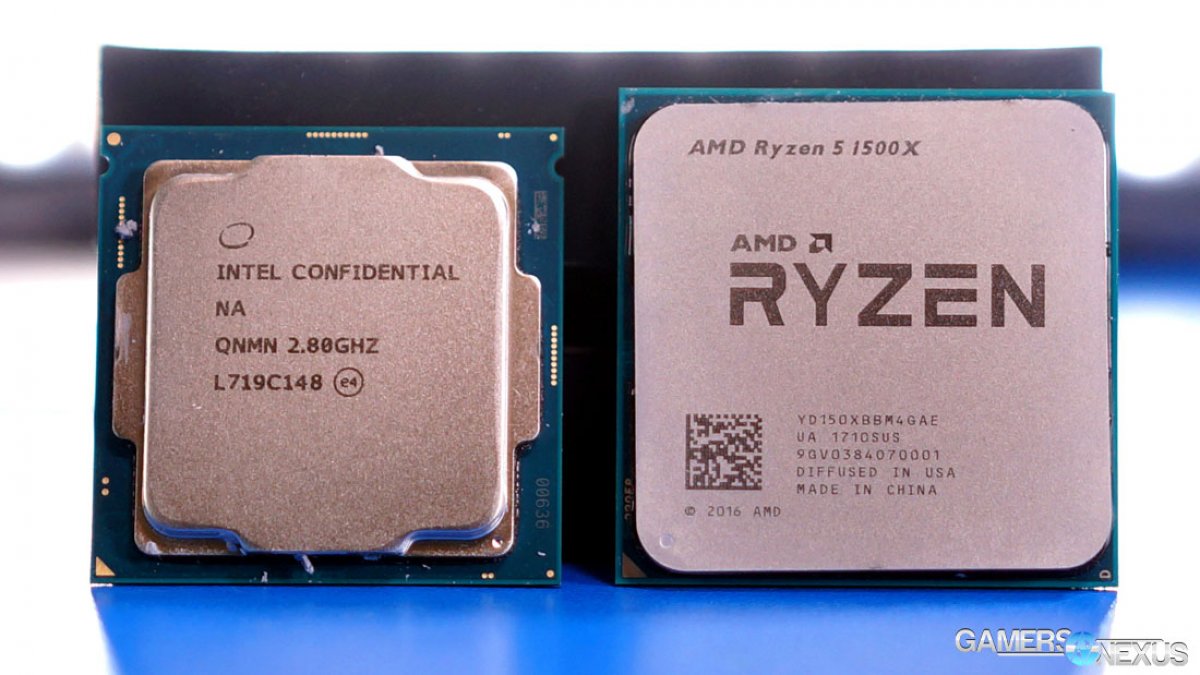 The Intel i5-8400 review got delayed from initial publication when we figured it’d be worth adding 2666MHz gaming tests. 3200MHz is our standard DDR4 memory speed, providing a solid baseline across Intel and AMD CPUs, but makes less sense for lower-end CPUs with questionable memory speed support. “Questionable” is used here because, as of now, we are not sure whether B/H boards will support only the native memory speed of 2666MHz or higher multipliers. Some board vendors have suggested a possibility of unlocked memory multipliers of 32/36x, but haven’t confirmed, while other sources have suggested a maximum speed of 2666MHz. Because we cannot reasonably confirm either, we decided to just test both, then let the chips fall where they may in 1Q18. That’s the launch period for the B/H boards, as we understand it, and means that the i5-8400 will make much more sense in 1Q18 than now.

As it stands now, the i5-8400 launch seems confused: The only pairing options are Z370 motherboards, which – although cheap ones exist – just don’t make a whole lot of sense for a locked CPU. It’s extra money spent where there need not be extra spend, leaving for a CPU ecosystem that becomes muddied and mismatched. That doesn’t mean the CPU is bad, of course, but it does mean that real-world motherboard pairings of the CPU will likely be far more reasonably priced in a few months.

As has always been the case, including in the i7-8700K review, we are testing with MCE disabled. Our follow-up MCE coverage was not because we had originally tested with it enabled, but because we wanted to demonstrate the performance differences. Anyone capable of reading that piece in its entirety should be aware of that, as the two boards were averaged, though clearly literacy is not always the case – so we’re reiterating it here. MCE off. Plain and simple, as it always has been. We are still using the Ultra Gaming Z370 board.

We already published a cost-comparison gaming+streaming benchmark of the i5-8400 and R5 1500X, found here. If you’re seeking that data, check the standalone article for it. This section gets a header only to make sure people find the information.