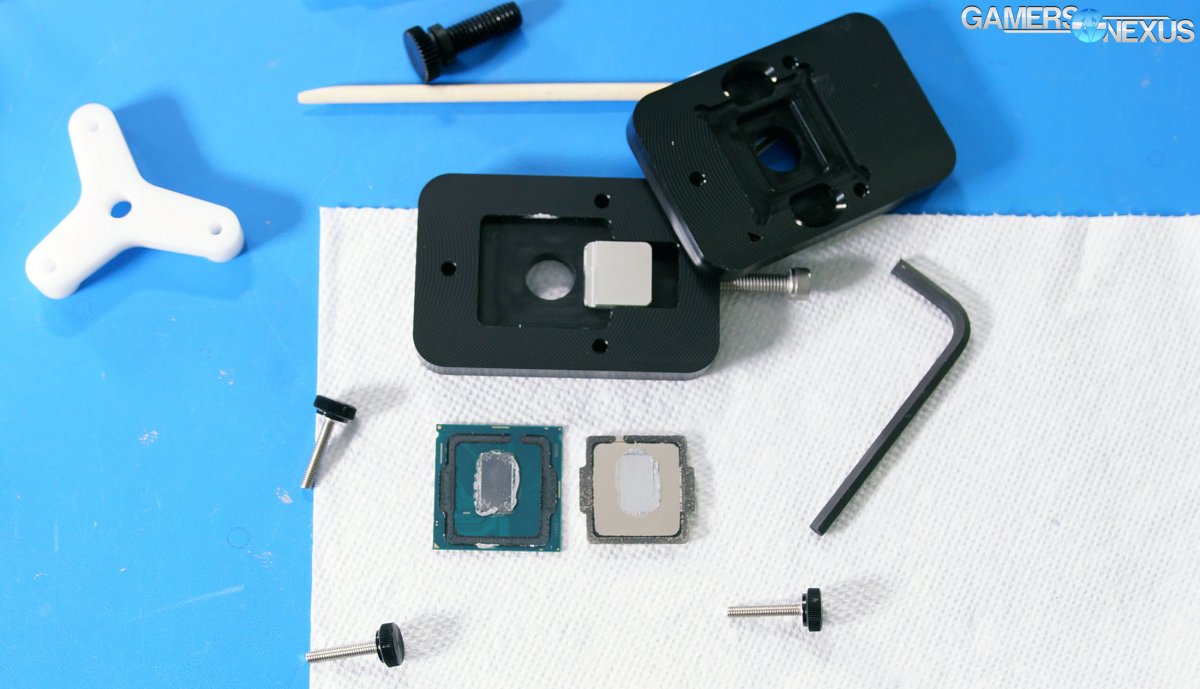 This week’s hardware news recap covers major AMD Ryzen CPU sales (read more here), Intel Optane Xpoint DIMMs, new fabs spinning-up for Coffee Lake production, and more. Not covered in this news recap is the Gigabyte BIOS security push for Intel’s vulnerabilities and the FCC regulations (or lack thereof). You can learn more about those at the respective links.

As usual, the show notes are below the embedded video.

Since Intel brought their new Coffee Lake CPUs to market, they’ve had trouble meeting demand. Thus, to ease the constricted supply and prices, Intel has added another location in Chengdu, China to test and assemble the i7-8700K, i7-8700, i5-8600K, and i5-8400. The processes will be identical to that of their assembly lines in Malaysia, where most of the Coffee Lake CPUs have come from so far. Intel states that customers should be able to see the new Coffee Lake CPUs originating from China starting December 15th.

During a presentation at the USB Global Technology Conference, Intel indicated that the roadmap for Intel Optane DIMMs lands their proprietary memory somewhere in the second half of 2018. Thus far, we’ve seen the storage and caching side of Intel Optane 3D XPoint. It seems in 2018, we’ll be afforded the opportunity to witness 3D XPoint as main memory.

Initially, the DIMMs will head for server and enterprise markets where big data is handled. Additionally, we know the DIMMs will not be JEDEC-compliant at the onset. Intel predicts 3D XPoint to balloon into an $8B market by 2021.

Samsung is making Z-NAND, which will somewhat replace the old and now-rare SLC NAND. Z-NAND intends to reduce latency below the levels claimed by Intel Optane memory, keeping the latency focus, but driving it further. Samsung’s Z-NAND drives will start with the SZ985, an 800GB competitor to the Intel Optane P4800X. The SZ985 advertises 750k random read IOPS, with an advertised 3.2GB/s bandwidth. Things look competitive for the SZ985, though it does fall behind in write speeds when compared to Intel’s solution, at 175K IOPS to Intel’s 550k.

This isn’t a consumer product but, like Optane, it intends to eventually work its way down.

Premiere case manufacturer CaseLabs just updated its popular SMA8 case. The SMA8 is one of the most expensive enclosures on the market, priced at $600, and targets enthusiasts who might build full custom, dual-loop systems. The updated version of the SMA8 now has additional cable and tube routing options, cable clamps, more drive cages, USB type-C, and case lighting that amounts to what is effectively a lightbox at the bottom of the case.

This week, Mozilla released the newest version of Firefox out of beta to combat Google Chrome with a renewed vigor. The most newsworthy aspect of its release is the touted memory usage—30% less than Chrome, according to Firefox. So, tab fiends rejoice. Quantum also allegedly beats Chrome in a browser speed test, although we’ve not confirmed that for ourselves.

In a bid to leapfrog Corsair, G.Skill is now laying claim to the throne when it comes to the world’s fastest 32GB DDR4 kit, with their numbers coming in at 4,400 MHz at timings of CL19-19-19-39. Like Corsair, the memory modules are made using pre-binned Samsung ICs. Corsair recently suggested that their recent memory kit should only be used with pre-binned Coffee Lake CPUs, and G.Skill echoes a similar sentiment—memory overclocked this highly operating on a range of hardware isn’t really practical. G.Skill didn’t release a price or date of availability, or even confirm the kit would come to market.

CoolerMaster is joining the RGB party, albeit it late. The company recently released the MasterLiquid ML240L and 120L RGB. The RGB lighting offers six effects through an RGB controller, and is compatible with integrated lighting applications from motherboard vendors such as ASRock, Asus, MSI, and Gigabyte. Both models support AMD’s newest AM4 socket, and should be available immediately. The ML240L (240mm) will go for $70, while the smaller ML120L (120mm) will go for $60.

Corsair is adding the inevitable RGB to their fans based on magnetic levitation technology. For the uninitiated, this bearing technology creates a magnetic field so that the bearing and fan shaft have little to no surface contact, resulting in less friction, noise, and increased reliability. The new ML Pro RGB fans will have four zones from which light will emanate, and will integrate into any of Corsairs lighting products, like the Lighting Node Pro or the Commander Pro.