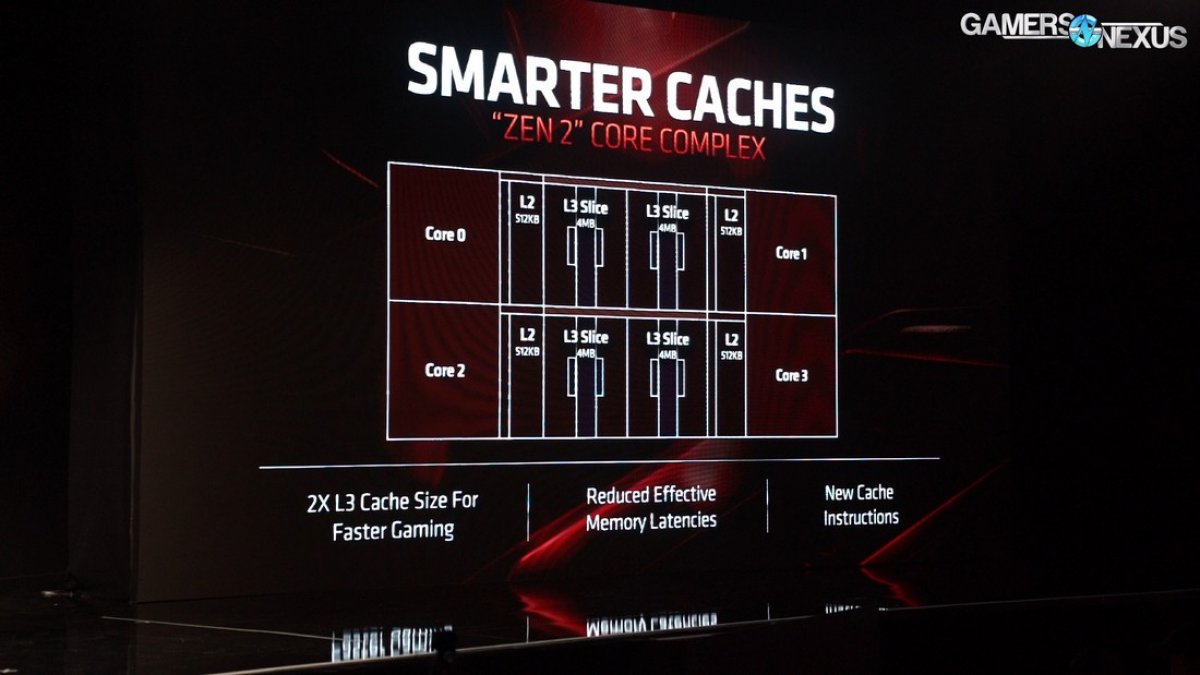 With X570 and Ryzen 3000, AMD could be making a pivot to a more high-end brand, choosing to be less value oriented as it has been in the past. MSI CEO Charles Chiang explained to Tom’s Hardware how AMD could be focused on becoming a premium brand.

"Lots of people ask me, what do you think about today's AMD? I say today's AMD is completely different company compared to two, three, five years ago," Chiang said. "They have nice technology and they are there to put the higher spec with the reasonable pricing. But right now they say, "Hey Charles, lets push to marketing to the higher [end]. So let's sell higher-pricing motherboards, higher-spec motherboards, and let's see what will happen in the market. So I don't think that AMD is the company that wants to sell low cost here, low cost there."

It would appear that PCIe 4.0 is at least one big contributor to the increased cost in X570 boards. Also, it appears that AMD needs to charge more for its in-house designed chipset -- a chipset that sports a significantly higher TDP than that of X470 and requires active cooling like the days of old.

It would also make sense that AMD wants healthier margins; after three generations of Zen and Ryzen, AMD isn’t exactly the underdog anymore in terms of technology. And AMD’s Bulldozer days are firmly behind it at this point. Chiang said that X470 could exist in the market as the value alternative, for those who don’t need PCIe 4.0. That’s also a point AMD’s Donny Woligroski elaborated on earlier this month.

“If someone’s searching for a platform, and doesn’t really need that enthusiast-class PCIe Gen4 storage, or you’re not planning to buy a PCIe Gen 4 graphics card in the next six months to a year, it makes a lot of sense to look at those lower-tier boards like the X470 and B450, which will offer the same performance on those 3rd Gen Ryzen processors as the X570 will,” said Woligroski.

AnandTech was able to catch up with the USB Promoter Group at Computex 2019, and it was revealed that the newest specification is on its way, to be delivered in late 2020. USB 4.0 currently exists in version 0.7, with the final revision expected this summer. The USB Promoter Group believes USB 4.0 will be widely available in products by the end of 2020.

USB 4.0 leans heavily into Thunderbolt 3 technology, and while the new standard is expected to offer 40Gbps bandwidth, USB 4.0 is allegedly going to be more substantial than just that. Supposedly, USB 4.0 will be significant enough to warrant a new logo and branding scheme. USB 4.0 will also use a Type-C interface and be backwards compatible with USB 3.2, USB 2.0, and Thunderbolt 3.

If you recall, the USB-IF announced a confusing new USB 3.2 standard not so long ago. Hopefully, any revised branding will be simpler.

At E3 2019, Microsoft finally disclosed a few key details about its upcoming consoles. Rumors have long suggested Microsoft will roll out at least two consoles, similar in vein to the current-gen Xbox One X and One S. There’s also talk of a console aimed solely at streaming, that would complement Microsoft’s upcoming xCloud. The unveiled console is currently known as Project Scarlett, and much like the next PlayStation console, it will feature some interesting hardware.

As expected, Microsoft is using a semi-custom solution from AMD based on Zen 2. No word on core count, but it’s presumably an 8-core part like Sony’s. AMD’s Radeon RDNA architecture that is currently powering Navi will also be present in some form. Microsoft is also using GDDR6 memory and solid state storage. Microsoft stated the SSD will also double as “virtual RAM” -- 1962 called and it wants its page file back. There’s also support for hardware accelerated ray tracing. Unlike Sony, Microsoft made no mention of ray traced audio.

Microsoft also touted “8K gaming” and that Project Scarlett would be able to deliver 120 frames per second. However, that’s mostly marketing hyperbole at this point. What’s more likely is support for 8K resolutions by way of upscaling, and support for 120Hz refresh rates.

Nvidia began teasing something “super” just ahead of Computex 2019, and while there hasn’t been an official announcement, it’s becoming increasingly likely it’s Nvidia’s response to AMD’s Navi. Specifically, it would be “super” RTX Turing cards.

Rumors thus far have it that Nvidia is planning to load the RTX 2080, 2070, and 2060 with more RT, Tensor, and CUDA cores. There’s some conflicting theories on just how many cores the new Turing cards will receive, so we won’t speculate just yet. However, Nvidia is allegedly planning to achieve this via refined Turing silicon, or in some cases, the cards receiving a cut down version of the Turing die directly above it.

Also, the Super RTX 2080 will be outfitted with 8GB of 16Gbps GDDR6 -- an upgrade over the current 14Gbps configuration. Perhaps most importantly, the Super RTX 2060 will see a bump to 8GB of GDDR6, up from 6GB. However, memory speeds will remain at 14Gbps, and the same is true for the Super RTX 2070.

Rumors suggest that the new Super SKUs will retain the previous pricing of the non-Super SKUs, and there’s talk of a July launch, presumably to disrupt AMD’s own product launches. As with all rumors, take this with a dose of skepticism.

All in all, Comcast raked in about $85 million from its duplicitous behavior between 2011 and 2016. On top of the $9.1 million fine, Comcast will also pay an undisclosed amount of restitution to affected customers, with 12 percent interest on top. Washington outlines Comcast’s violations of the Consumer Protection Act as such:

Huawei’s Woes Continue: Tokyo Electron and WD Back Away

Despite trying to save face, Huawei’s troubles continue to mount after finding itself on a US trade blacklist. Huawei recently had to put a hold on its development and manufacturing of laptops -- smartphones may be next.

Reuters reported that Western Digital, who has supplied Huawei with hard drives and flash memory, has suspended its business with the company following the blacklisting. Western Digital CEO Steve Milligan expressed concern regarding the tension between the American and Chinese economies. "The tech supply chain in the world is quite entangled," said Milligan. Milligan also highlighted that untangling the tech supply chain would not be good for the US or China.

Also dropping Huawei is Tokyo Electron, the third largest supplier of semiconductor manufacturing equipment. Reuters reports that at least one more major Japanese semiconductor equipment supplier is considering ceasing any potential business with Huawei. While Tokyo Electron isn’t a US based company, it is one that imports and uses US goods and intellectual property, which means it needs to protect its relations with the US -- much like ARM.

During E3 2019, LG announced the LG UltraGear Nano IPS lineup, which appear to be the first IPS displays with a 1ms response time -- a luxury previously only afforded to TN and VN panels. On top of the superior color accuracy and production the IPS panels bring, they also sport 144Hz refresh rates.

The LG UltraGear Nano IPS models will be available for pre-order in the US on July 1. Pricing TBA.

Razer is now offering lethargic gamers a new energy drink *checks notes* “mental performance drink.” It would seem Razer Respawn is another April Fool’s Joke made manifest, if anyone remembers Project Venom circa 2010.

The drink comes in powder form, and Razer is adamant that Respawn is not an energy drink, despite the 95mg of caffeine. Respawn is available in four different flavors, and comes in a pack of 20 for $25. Separately, there’s a $30 Respawn branded tumbler available for purchase (no Chroma RGB, though).

Not a gamer? No problem. Razer also insists Respawn is for sleepy content creators, or anyone who sits at a computer for extended periods of time.