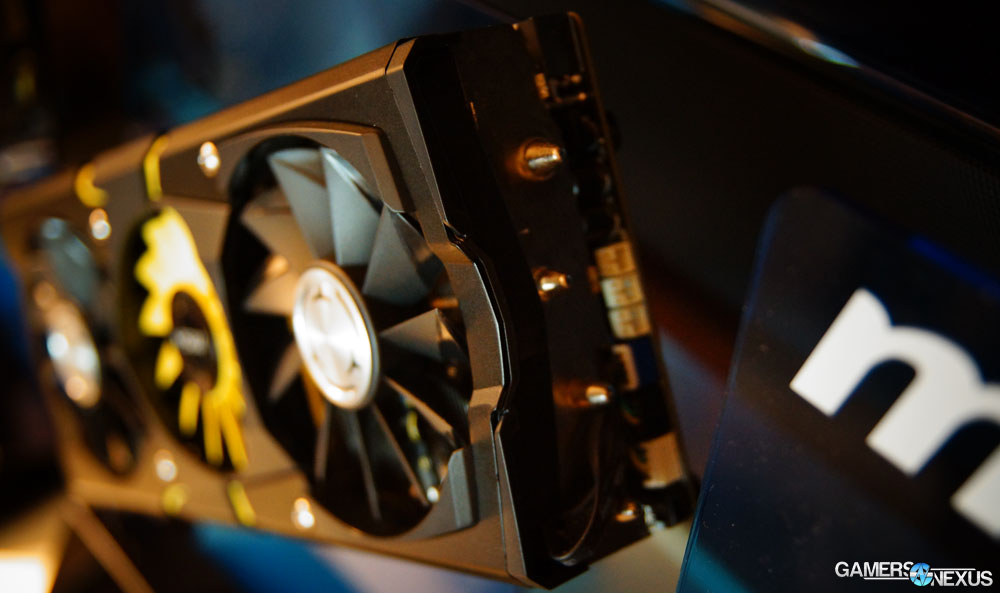 The two motherboards aim to fill the void in MSI’s AMD product offerings; although neither board supports the Vishera platform, they have moved to adopt the new A88X AMD chipset for the impending Kaveri APU launch. The A88XM Gaming motherboard isn’t too dissimilar from its ATX form-factor G45 counterpart, but there are a couple of noteworthy differences (based on these prototype models): For starters, the A88XM board has – from what we could see in the suite – a 6+2 phase power design (might be 6+3), meanwhile the A88X G45 model offers a more standard 8+2 (might be 8+3) phase power design. For obvious reasons, the micro-ATX A88XM motherboard drops a PCI-e and PCI slot (yes, really), but nothing really odd or spectacular stands out here. 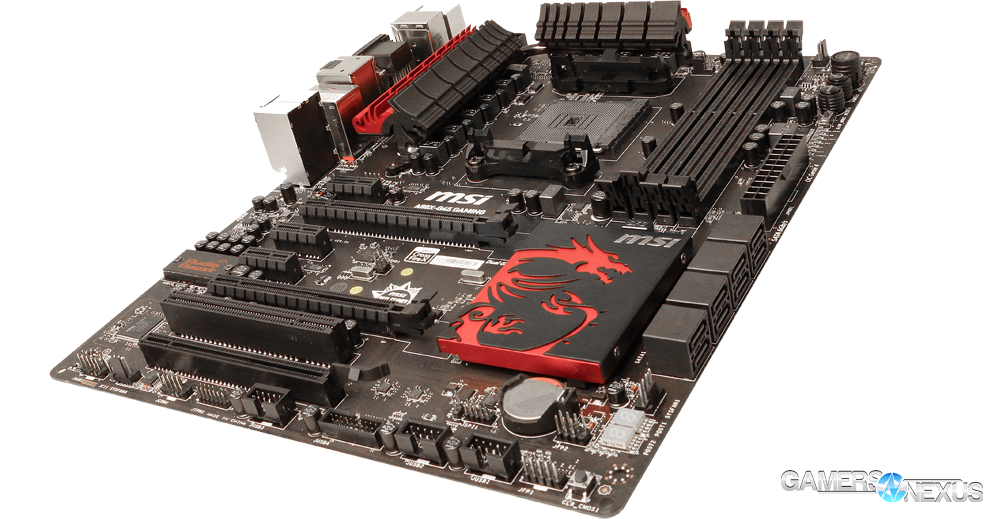 These two boards mark MSI’s first foray into AMD with their rebranded “Gaming” product line. From the specifications listing and hands-on, it seems the G45 has strong overclocking potential and will primarily hinge on how Kaveri unfolds. There’s certainly nothing holding it back, so it’ll be a matter of whether Kaveri can leverage the phases to a purposeful degree (otherwise, the cheaper board options might do just as well).

A quick look to the right as we entered MSI’s press suite revealed a new black-and-yellow monster. 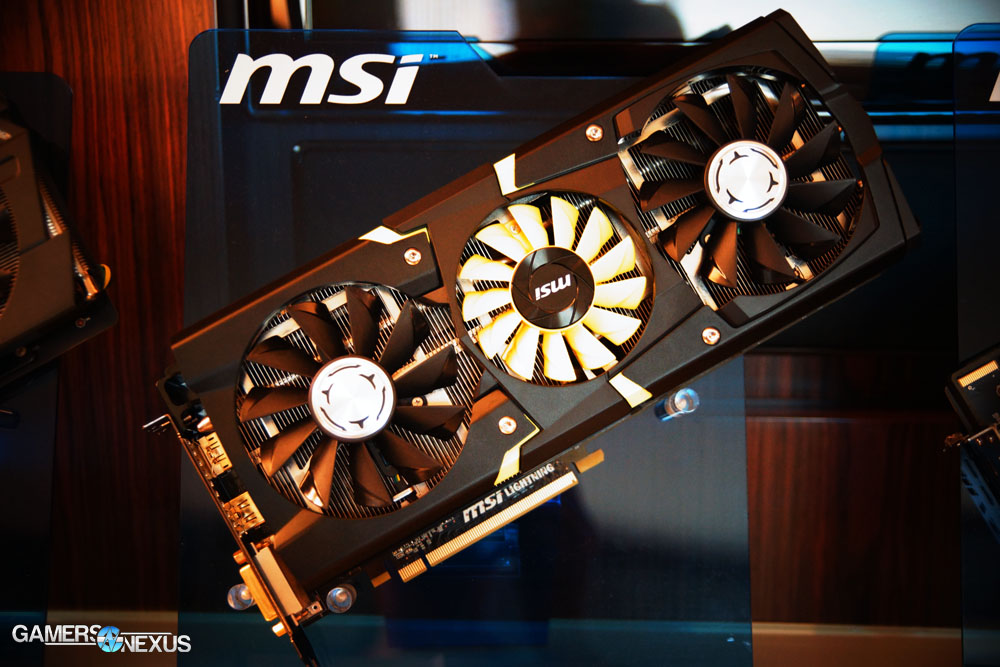 If you’ve been doing system building for a while – especially in the 5000-series days – you already know that video cards have been gradually getting larger over the years. This one might be the most massive to date.

The sad news first: We weren’t able to see it in action, and MSI wasn’t disclosing any of the performance data. However, they did ensure us that this custom configuration runs cooler and quieter and thus is able to out-perform the reference design.

What we were able to garner is that the fans can be controlled separately. The two outer ones are paired on one controller and the middle one operates independently. The power connection represents a card with an appetite: To power this card, you’ll need 2x8-pin connectors and 1x6-pin connector, over the usual 2-connector requirement for reference 290X video cards. The cooling solution seems to use 5 heatpipes and wider spacing between the fins and mounts to the PCB, bracing a back-plate as large as the PCB itself. We can’t wait to get ahold of one of these to fully benchmark and then tear apart to see how it was put together.

Stay tuned as we’re likely to give you a better glimpse of MSI’s offerings soon.