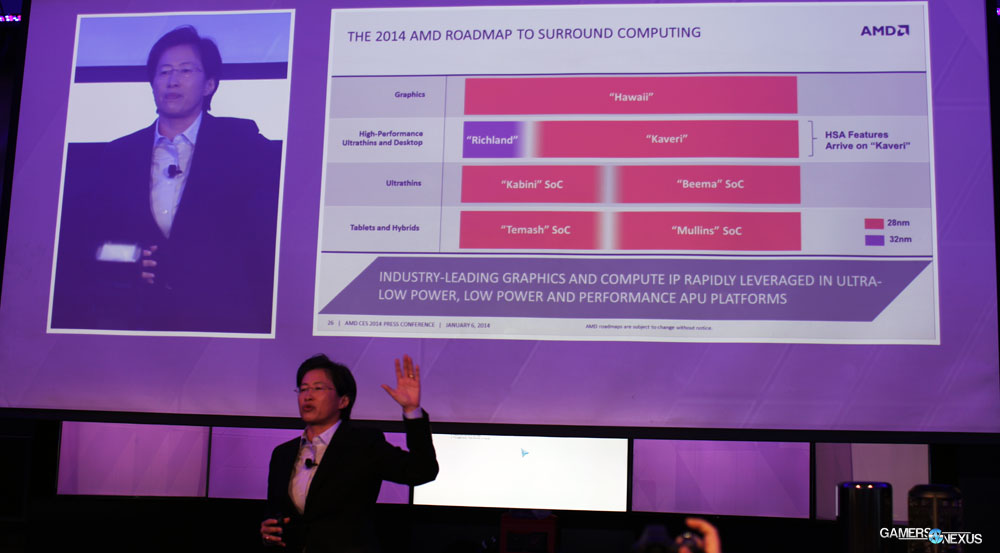 The dome used six projectors hooked to a single Kaveri APU, working to drive the full-surround orchestral demonstration with live interaction via a “conductor.” The conductor controlled the demo his hand movements, using perceptual input technology, as we spoke about here.

After the bombastic intro and the celebrity appearance, AMD’s impending Kaveri architecture was overviewed at a top-level, featuring: 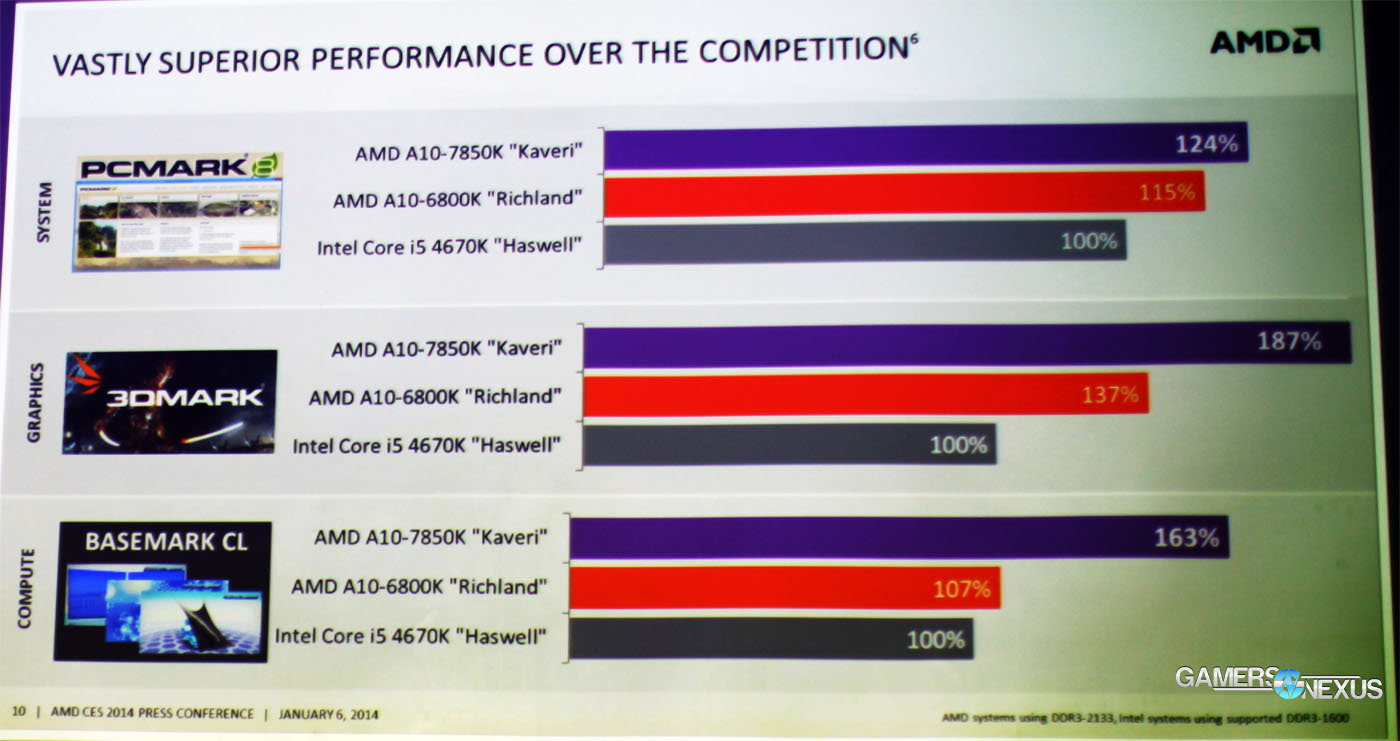 AMD then went on to Firepro graphics (Hawaii) and Mantle, a key architecture for gaming on their latest GPU. 5 major gaming developers were highlighted as using Mantle – including Star Citizen by Chris Roberts & Cloud Imperium Games.

AMD then followed with a chart showing their laptop/tablet APUs - Kabini, Beema, Temash, and Mullins.

AMD Discovery Project was demonstrated with a game controller tablet attachment, not too dissimilar from what MOGA offers, which surrounded a tablet for a portable gaming experience. Certainly a handful as it is big compared to NVidia Shield.

Sax Persson from Microsoft was on stage with a gaming development product called Spark, a bridge running between XBox One and Windows 8.x. A bunch of quickly-developed games were shown, including a "Space Invaders" clone.

LeVar Burton was brought back in for the final plug and stayed after for autographs.

Overall, it was a great presentation by AMD and I came away impressed. In comparison to ASUS’ press event, at least, AMD put on a more convincing show.