The distinct removal of 5.25" drive bays does impact more than just optical storage, of course; users of 5.25"-mounted front panel displays and controllers (like NZXT's own products) or 5.25"-mounted open loop components will be unable to natively support these devices / interfaces. That said, it does mean that NZXT was able to relocate its 3.5" HDD mounts higher in the case, thus freeing up some of the space typically used for drive scaffolding. This space is now used for fans, radiators, and/or cable routing. 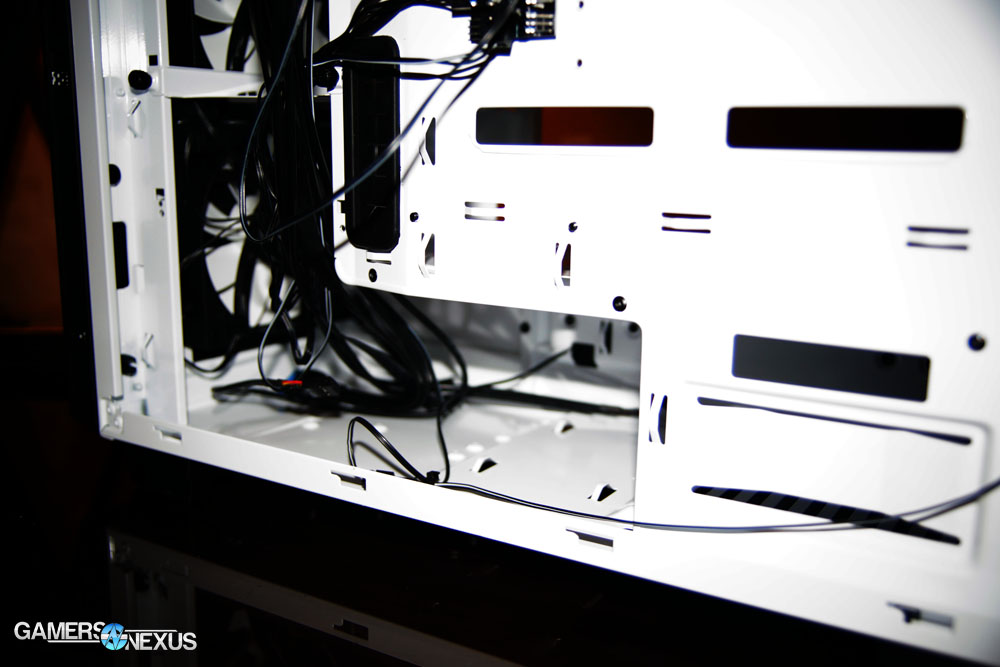 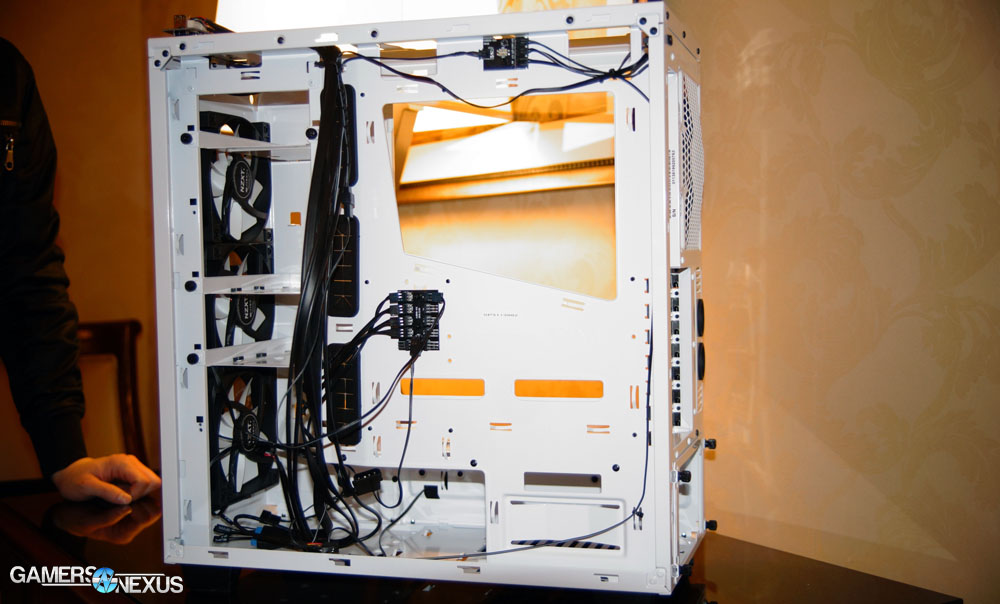 2x2.5 SSD mounts are present atop the PSU shroud (which has an LED-backlit logo) with adjacent cable pass-throughs (rear of the drive faces inward), so it's easy to hide the cables going to your SSDs and keep them low-profile. Next to the SSD sleds is a VGA power cut-out, making for clean connection of the PSU power to the VGA without the need to snake the cable around the backside of the motherboard tray. This also gives a cleaner overall aesthetic. When asked what his favorite feature of the case was, NZXT representative Tuan Mai pointed out this VGA power cabling pass-through.

NZXT's H440 can mount 360mm radiators in the top and front positions (as seen in the video above), but the case ships with 3x120mm front intake fans and 1x140mm rear exhaust fan stock. Additional fans can be placed in the top position. The fans are part of NZXT's new line-up as well, shipping under the FN V2 tag (and hopefully are more durable than previous fans). 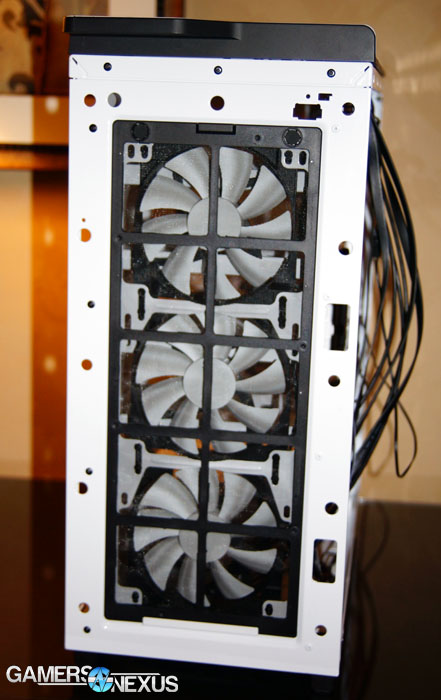 A front panel dust filter shields the pre-installed fans and is attached to the case via low-power magnet, so it can be easily removed and cleaned.

MSRP for the H440 is presently listed at $120, though it is likely that a street price of $100 via Newegg will emerge in the near future. The enclosure is available in white/black or black/red (in the case we're showing above, replace all white with black and all black with red -- that's what the other looks like). The new fans - the FN V2 units - will be available for $10 online.

Let us know what you think of the removal of 5.25" drive bays!