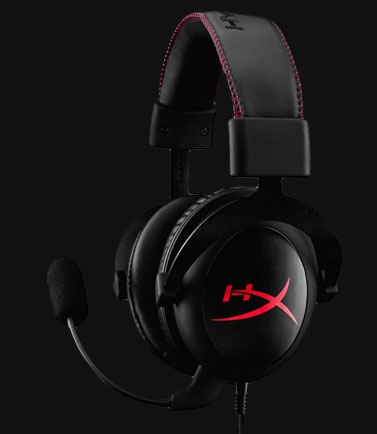 Technically, Kingston's been running its HyperX business unit purely as "HyperX" in recent days; the new Fury RAM doesn't even feature the Kingston branding, and the same goes for the Cloud headset that's scheduled to ship in short order. In speaking with at PAX East, it was conveyed to us that the HyperX unit is remaining under , but will be branded independently in its gaming target. The HyperX brand is stronger than ever, we were told, and has grown from a sort-of "side project" at its roots to a major competitor in the gaming hardware market.

The new 'Cloud' headset is part of 's push to gets its brand more visible. RAM and SSDs aren't exactly the most eye-catching devices in most PC builds, but sponsoring tournaments and LAN events with a headset has significantly more visibility. The new HyperX Cloud headset is a rebadge of a QPAD product, which is likely supplied at least in part by another manufacturer. Here are the specs:

We will have a full review online once the headset is in-hand, so hang tight while we test it out and get our thoughts together.