NVidia debuted its Fraps-like ShadowPlay video capture technology alongside the GTX 780 almost a year ago, further announcing updates to enable desktop and Java application support in April, 2014. ShadowPlay comes packaged with a suite of nVidia software (GeForce Experience), a bundle that attempts to add extra weight to purchasing decisions when considering AMD's oft-affordable alternatives. AMD has made similar moves with Mantle and game optimization, though hasn't yet moved into the gameplay capture space. Until now.

AMD has included Raptr's "Gaming Evolved" application in its recent driver install packages as an optional add-on. The two companies announced today their "Game Video Recorder," or "GVR," in direct competition to nVidia's ShadowPlay. The GVR shares some similarities to ShadowPlay in its processing, which we'll discuss before getting into AMD specifics.

FRAPS has been around for more than a decade now and has stood as the undisputed gameplay capture software for most of that time. FRAPS has historically been very resource intensive -- it eats 4GB of storage every 30 seconds to 1 minute, for starters, and bogs-down the CPU with recording functions. The FPS drop is substantial and noticeable, the storage consumption is unwieldy for more than edit-and-burn footage, and it's effectively a requirement that the footage is re-rendered to a lower bitrate than its lossless / raw format.

FRAPS, though, has very specific uses and advantages elsewhere -- but that's not the point of this article.

With the introduction of GPU-accelerated video capture, we see almost all of these downsides vanish. ShadowPlay uses the integrated H.264 encoder on Kepler (or Maxwell) GPUs, ensuring that all video capture and processing is pushed to a special unit on the GPU (which is effectively useless for gaming). The result is minimal performance degradation. NVidia can use this power differential generated by a hardware-accelerated solution to further encode and compress the data, creating files that are more controllable and reasonable in size. As users, we can select the bit-rate (let's say 40Mbps) and know that the file will be about 2400 megabits for one minute -- or 300MB. Compare that against FRAPS' 4GB for the same time. Huge difference.

This is all possible because the software is burdening the GPU with these cycles, and more specifically, it's burdening a very particular component on the GPU in a way that doesn't impact gaming noticeably. GPUs are our most powerful processors in systems these days (in gaming, anyway), and it makes sense to parallelize intensive tasks wherever possible.

What AMD is Doing to Battle ShadowPlay 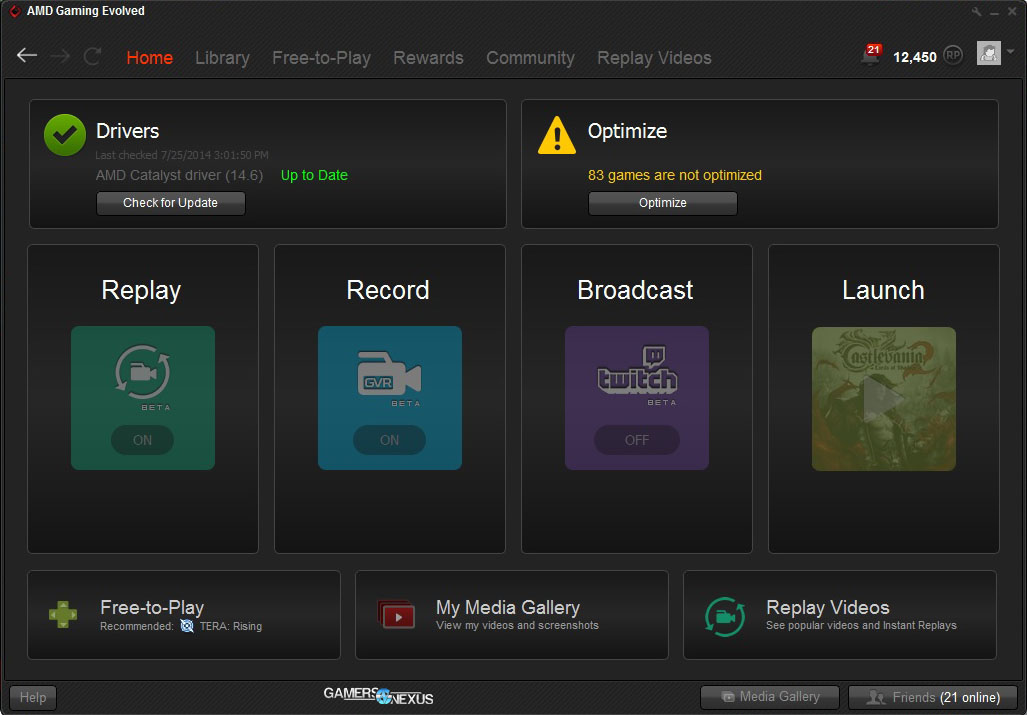 Where nVidia uses an H.264 Kepler/Maxwell encoder, AMD uses its own Video Codec Engine (VCE) to live-encode H.264 video. VCE tech can be found on all AMD GPUs from the 7900 series and later, though some of the older APUs (without GCN) are also equipped with VCE compliant hardware encoding.

The Gaming Evolved / Raptr application can be coupled with a GTX 6XX or 7XX series video card in a similar fashion to ShadowPlay, if you preferred GVR over ShadowPlay for some reason.

Similar to ShadowPlay, GVR is capable of retroactively recording up to 20 minutes of gameplay. If you've just run-up a kill streak and weren't recording, GVR can go backwards and grab that footage. The utility will also manually record, stream to Twitch, and produce picture-in-picture boxes (with webcam) for proper stream configurations. External input can be muted if undesirable.

Aside from AMD's products, this could see use in some mobile units that are incompatible with ShadowPlay.

GVR does not presently support desktop capture, though Raptr notes that the GVR and livestream functions are supported in 5000 game titles. We are yet unsure if GVR can capture across multiple monitors, though it doesn't seem like it. (Update: The software will work with multiple monitors, but it scales down to the closest 1920 width -- so 5760x1080 becomes 1920x360). AMD and Raptr have tested the software on monitors up to 144Hz without issue. I foresee AMD moving toward PC-to-mobile streaming (a la GameStream) in the future, but there's nothing to confirm that yet.

As with most utilities these days, AMD and Raptr have coupled the Gaming Evolved application with direct uploads to social media. After capturing footage, gamers can upload straight to Raptr and share via Twitter, Facebook, and other outlets. 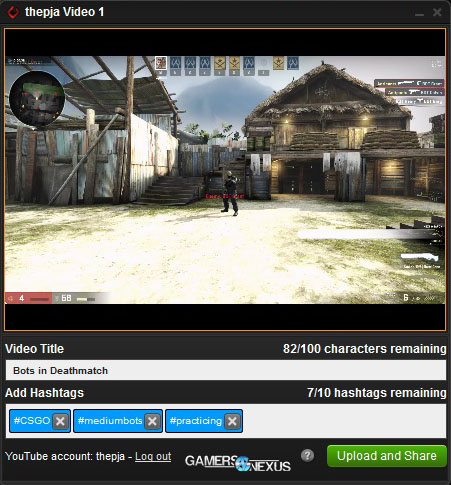 It is clear that Raptr and AMD have a grand vision of the Gaming Evolved software moving toward a "central hub" position. Whether or not that'll happen when we've already got so much required gaming software (like Steam), I'm not sure.

Regardless, AMD users can now enjoy the same GPU-accelerated capture as nVidia users have had through ShadowPlay.