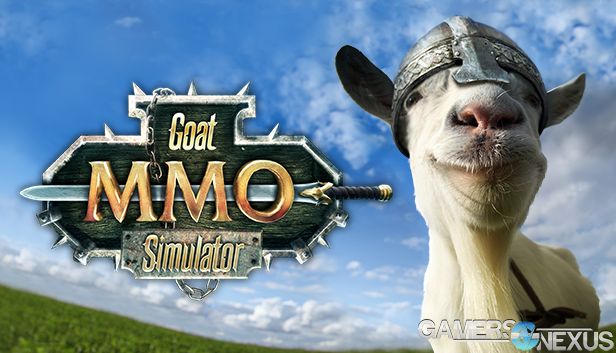 In an unanticipated turn for the stagnant MMORPG industry, Swedish developer Coffee Stain Studios has announced its revolutionary “Goat MMO Simulator” RPG. The MMO spawned as a result of player demand, to which the developers say: “If anyone from Blizzard Legal is reading this, please don't sue.”

The new, free Goat Simulator expansion pack (“Goat MMO Simulator”) boasts a listing of goat-friendly classes; that listing, naturally, would be remiss without the option to play as an untextured pair of microwave-equipped legs. Goat MMO Simulator boasts dozens of quests, not-name-or-likeness NPCs (to include Dumbledore the Grey), and the same destruction-driven gameplay that initially made the title popular.

Goat Simulator first shipped in April, 2014 as “the world's dumbest game.” The game is marketed with such persuasive text as “Goat Simulator is a small, broken, and stupid game” and “it would be best if you'd spend your $10 on a hula hoop, a pile of bricks, or maybe a real-life goat.” In light of such compelling marketing, the game has now shipped an overwhelming 11 million copies and an additional 500,000 mobile copies.

The developers yesterday announced Goat MMO Simulator as a free expansion pack for owners of the original $10 title. Our video can be found above.

If you're interested in the game, pay the devs a visit: http://www.goat-simulator.com/