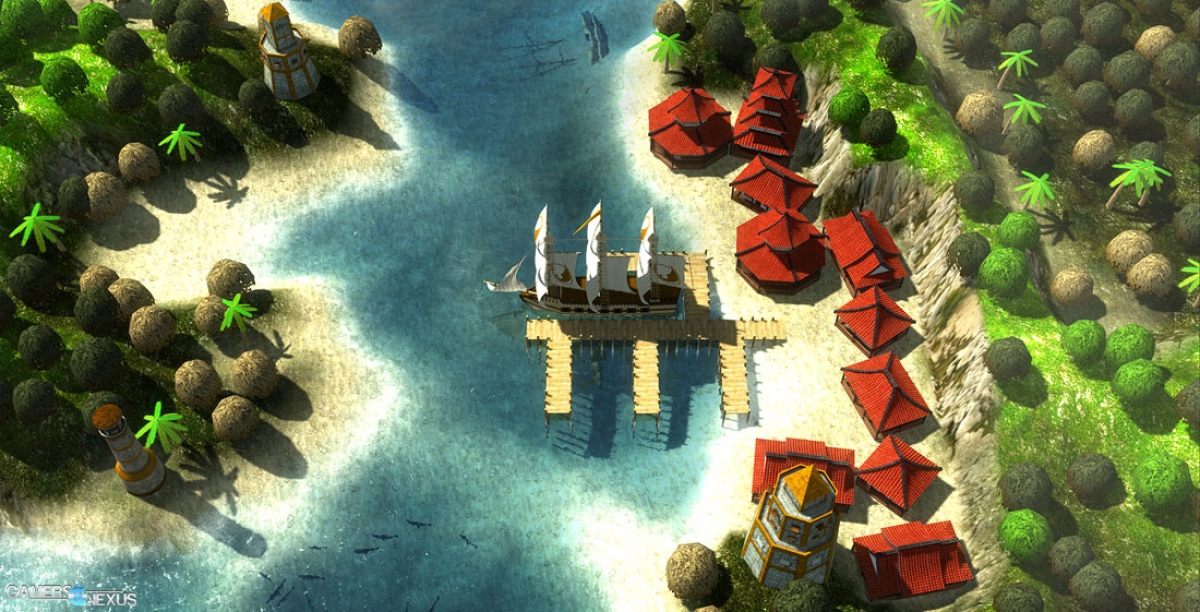 Windward offers mercantile, combat, diplomatic, and exploratory opportunities to players, suggesting freedom of gameplay in an open world. The game can be played solo or co-operatively and makes allowances for less combat-heavy gameplay. We're told that Windward is home to several factions with which players can build standing or rivalry, similar to what we reported on with Rebel Galaxy. As an alternative, players can choose to disregard all factions and instead live a life of piracy and plunder.

Perhaps more interestingly to some, the game's environments can be manipulated by more constructive (or destructive) players: Towns can be established and grown, terrain can be modified, and other faction cities and islands can be destroyed by cannon fire.

Progression primarily focuses on the player's captain, who commands a single ship and grows in “talent” over time. Windward's press release promises a skill tree with “deep customization” and “more than 100 talent points to spend.”

Windward is made by Tasharen Entertainment, founded by developer Michael Lyashenko. The game will be present at PAX East 2015 and is anticipated to ship in Q2.