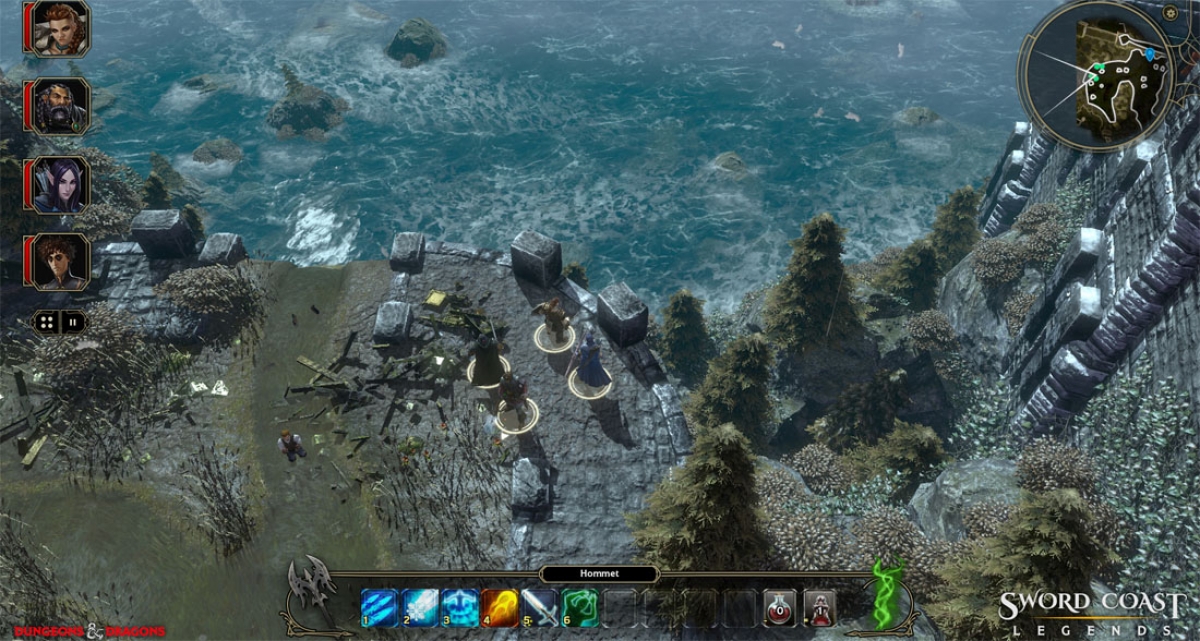 Whenever announcements of the next D&D video game surface, it’s no wonder they’re met with equal parts hope and skepticism from a scarred fanbase. The recent announcement of Sword Coast Legends lends excitement to a jaded crew of editors, given the somewhat celebrity cast of developers behind it. A trailer for the game, alongside gameplay screenshots, can be found below.

The project is being led by the director of Dragon Age: Origins and is under the guidance of developers who worked on Baldur’s Gate and Neverwinter Nights, two of the most immersive role-playing video game experiences of an older era. To top things off, Sword Coast Legends will be set back in the Forgotten Realms universe, the very world that housed Baldur’s Gate, Icewind Dale, Neverwinter Nights, and an insurmountable pile of R.A. Salvatore novels. The Sword Coast is featured heavily in some books starring Drizzt, for fans of the dark elf.

As expected, Sword Coast Legends will feature a full single-player campaign; it will also offer co-op options and the opportunity to play as the Dungeon Master, making for what we hope is a unique gameplay experience.

The game’s release date is vaguely “later this year,” but you can follow the title here: https://swordcoast.com/