As promised by Gas Powered Games and Stardock, the newest addition to the Demigod arena has been revealed. They call him Oculus is a general-type Demigod favoring ranged abilities and focusing on teamplay and minion use.  Under the banner of the forces of light, Oculus will mainly be an offensive general using his lightning skills to do damage and boasts the ability to replenish teammates' mana. He can also heal his allies when he takes damage, though these other abilities are powerful in themselves Oculus' real strength lies in his synergy with the minions he summons. Each different type gives him certain boosts making him a threat to be reckoned with.  Click read more to see Oculus' specific abilities. 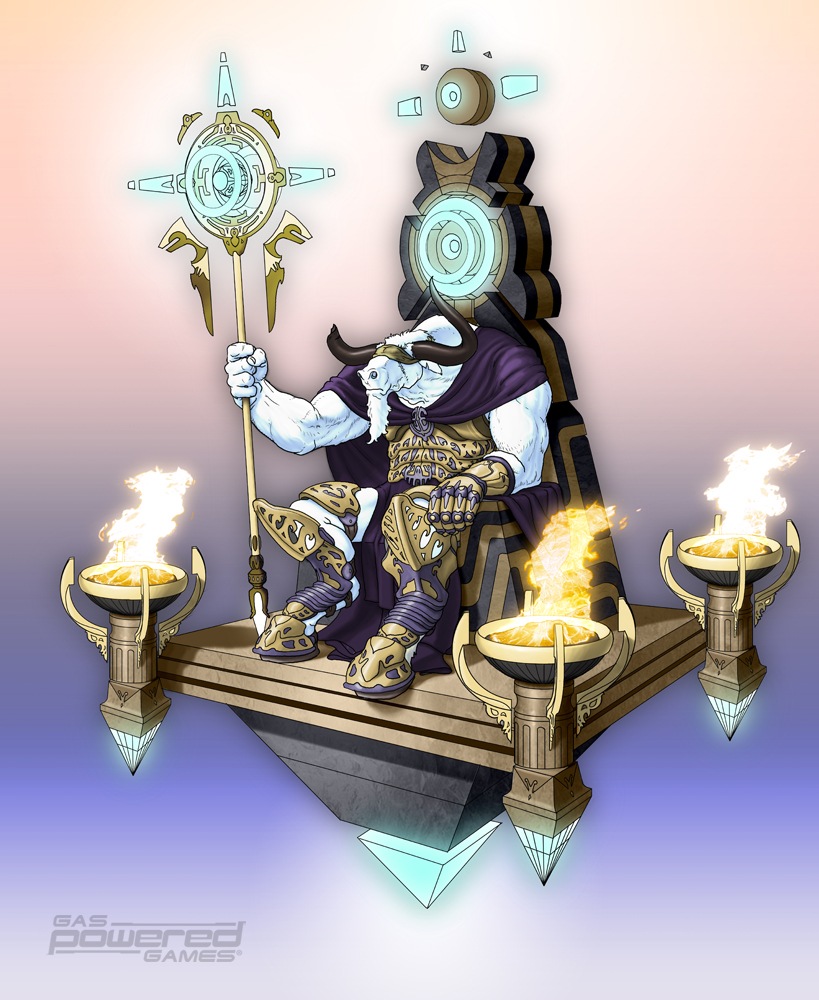 Chain Lightning – Key 1
Activated ability. Oculus unleashes a bolt of lightning that arcs to nearby enemies. Damage and number of arcs increases as the skill increases.

Blast Off! – Key 2
Activated ability. Oculus releases lightning underneath his throne, knocking back enemies at the start and landing points, and launching himself to a new position.

Sacrifice
When Oculus takes a large single hit, he heals nearby allies based on the strength of the hit.

Lightning Blast
All allies near Oculus have a chance on hit to blast lightning at their opponent, dealing minor area damage.

There is currently no release date on Oculus and his assassin counterpart, however FrogBoy of the DG forums has stated that he believes the patches will be completed next month.  GPG announced that their clan system would be up "in August," having missed that deadline, it is debatable whether they will make the next one or not.