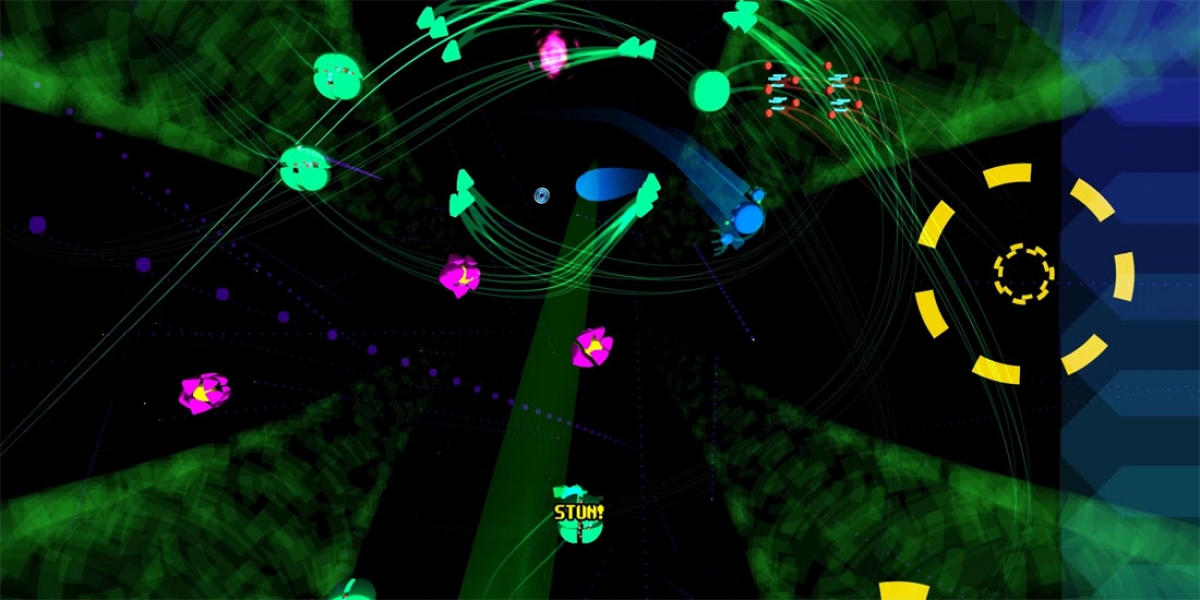 Critical to the game, background jazz gains tempo and aggression as the game progresses, ultimately dictating the frequency of enemy waves. In a press release, Iron Dynamite stated the following:

“The whole point of Quark is to out maneuver the enemies and cause chain reactions to stay alive, get a better score, and power up your charge meter in order to unleash a slew of devastating super weapons.”

But, perhaps most importantly, the game's marketing language promises “pretty colors and explosions.” Sounds good to us.

A free demo of the game is available here.