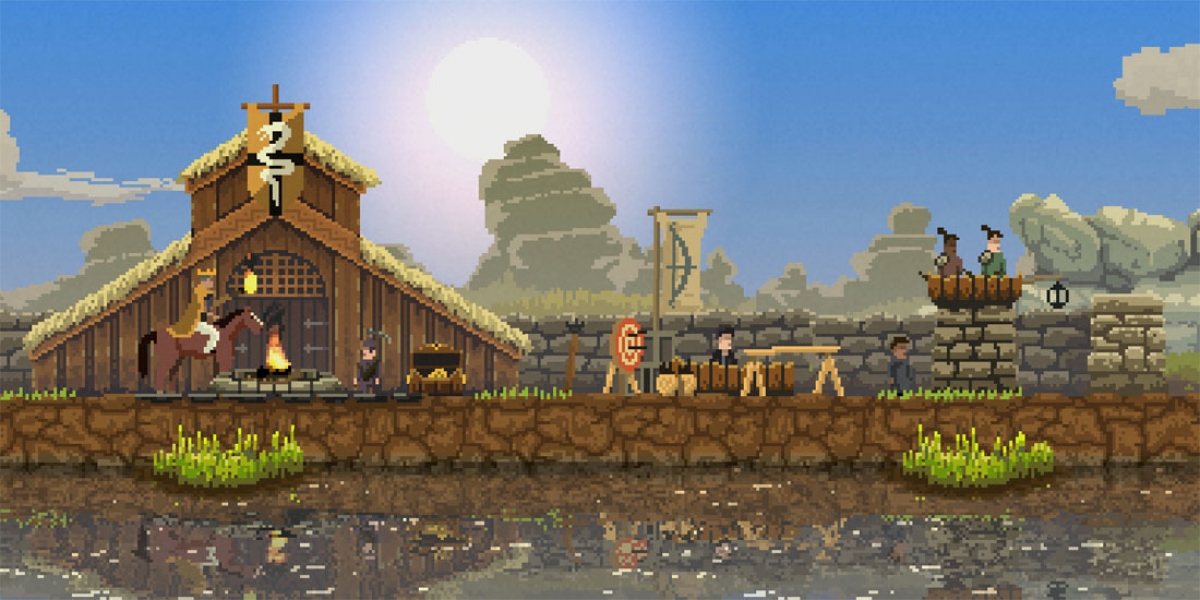 The first gameplay video for Kingdom was released just before our Skylake review, and can be found below:

It's a simple game that has some charm. In the video – which is rendered at 4K, because pixel art demands the presence of 8 million pixels – we see the player start with a campfire and scale to castle walls. Our hero begins with simple palisades, moving on to (what appears to be) shops, resource collection (hunting, mining), and a Keep. Enemies are shown rising at dark to confront the upstart village, much in the way that zombies do so in Terraria, Minecraft, or any number of other builder games.

When I've broken the distanced editorial style in the past, I've revealed that city builders and RTS games are my home turf – games like Kingdom are appealing to me. It is yet unclear how the game will actually play but, from the concept alone, I'm a fan of what's already been showcased.

Oh, and it's always nice to see news about a forthcoming game that doesn't include a Kickstarter link.