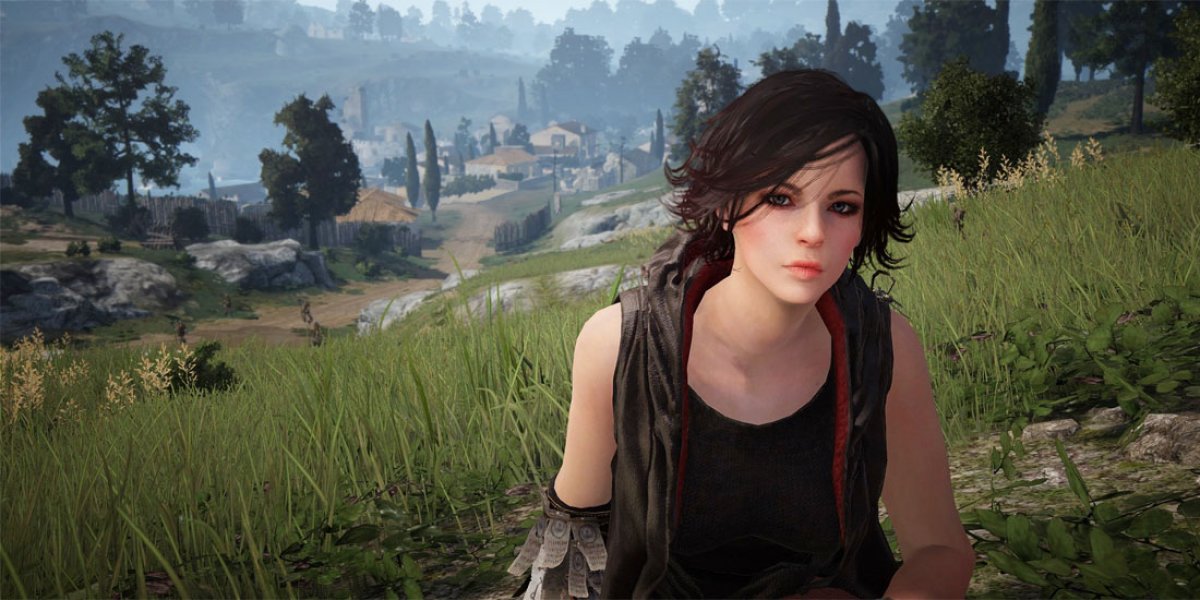 (The below is the script we used for the video. The two contain the same information -- we just like to offer both avenues of content consumption, for those who have a preferred type of media.)

Black Desert Online has the most in-depth character creator ever made for a game, a fact that's probably been used for more evil than good: Early adopters of Black Desert's freshly released, free MMO character creator have modeled some of the most genuinely hideous characters we've seen. From the hilariously grotesque to physically improbably, the toolkit is fully capable of graphically stunning, rule-breaking creations.

Black Desert Online is the Korean MMO that you've probably all heard about in passing, but it's finally nearing completion. Developers Pearl Abyss are working with publisher Daum Games to leverage the game's early attention, offering-up the character creator for free download to stir-up more interest. The game's release date is vaguely set for the first quarter of 2016, but we've already been given our first quest – and it's in the form of Daum's “Beauty and the Beast” contest.

Using the BDO character creator, players are tasked with submitting the most out-of-this-world creations they can fathom to the Black Desert forums. Everyone gets a participation prize, and a few top winners get extras.

Minecraft is back in the news. It's been a while since the blocky game dominated the news cycle – I think our last major story was about Microsoft's two-billion-dollar acquisition of Mojang and Notch's departure from the industry. This week, Microsoft fronted its initial plan for the investment, and it's called “Minecraft: Education Edition.”

Microsoft recognized that Minecraft connects with kids in a fashion which is often educational, leading Mojang to acquire Finnish mod “Minecraft EDU” for further development. Microsoft aims to monetize Education Edition at the enterprise level, selling directly to schools and instructors as a means to engage students more actively. Minecraft: Education Edition will be free through the summer and on limited trial license, but will require full license purchases after that.

If you're an educator, you can learn more at education.minecraft.net.

Epic Games' mysterious new game has finally received some information of substance. The first teasers didn't even tell us what genre the game would be, anything of its gameplay, or anything other than the name – which is “Paragon.” Since then, we've learned that Paragon is a MOBA [pronounce: mo-buh] with a new element of verticality. switching up gameplay mechanics from the standard top-down arena format.

A new trailer emerged for Paragon this week, entitled “Mid-Lane Push,” where we see high-fidelity heroes engage in routine lane combat. The game's most profound statement is made simply in its graphics, propagated by the use of Unreal Engine 4, and will make Paragon one of the most visually intense MOBAs to-date. Some limited gameplay and encounters can be seen, with most of Epic's cinematic efforts focusing our eyes toward the vertical positioning of characters.

We're still waiting for more information to emerge, but it's known that Paragon is presently in alpha and that the game is targeting a Summer release.

Our next story relates to Oculus Rift founder Palmer Luckey, who's been embroiled in legal battles with Total Recall Technologies and has been accused by ZeniMax of stealing trade secrets. On the 16th, it was ruled that the Total Recall lawsuit against Luckey could proceed, though a judge did dismiss several additional claims against Luckey.

The part of the lawsuit which has been permitted to continue relates to Breach of Contract with Total Recall Technologies, who allege that Oculus founder Palmer Luckey broke his contractual agreement by allegedly using trade secrets to develop his kickstarter for Oculus.

In response to this, Luckey stated that the Total Recall's lawsuit is, quote, “a brazen attempt to secure for itself a stake in Oculus VR's recent multi-billion dollar acquisition by Facebook.”

The court will continue in the Northern District of California.

That's it for this week's game news recap! If you like this type of coverage, check us out on Patreon.com/gamersnexus to help us directly – or just visit gamersnexus.net to read the latest content. Thanks for watching!