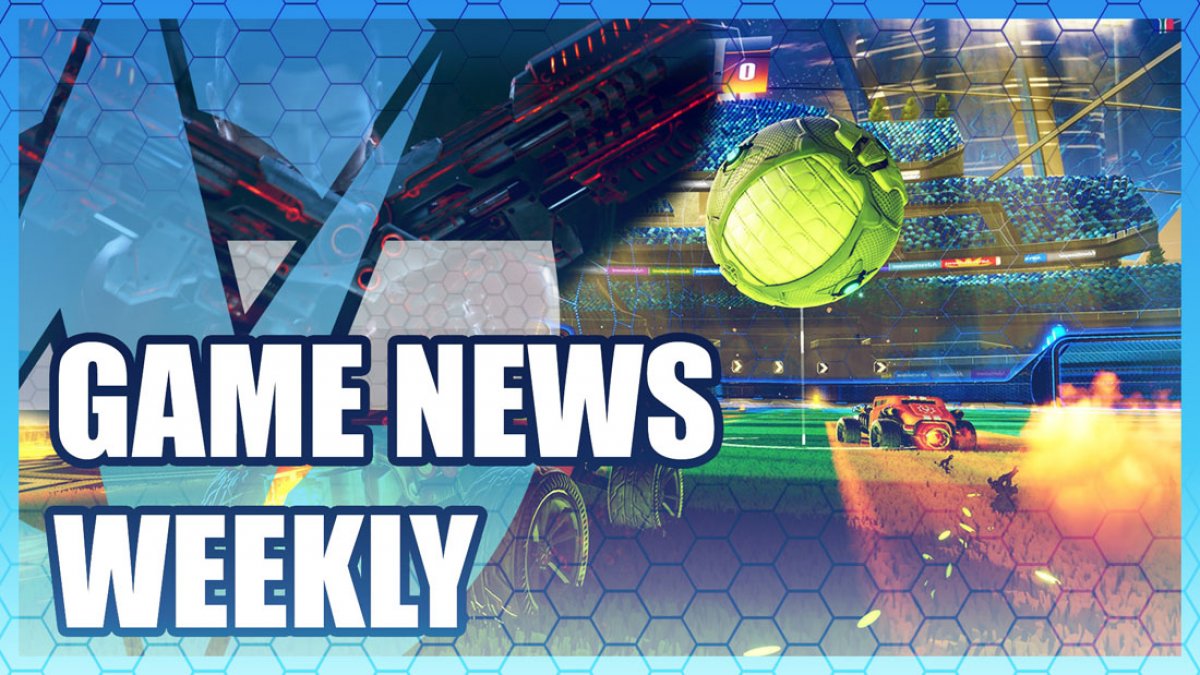 (Note: this is a hard, unedited script. There are grammatical errors to improve speed and supply dictation guidelines to the host)

In the news this week! Cars, spaceships, and a metal band. But we begin with Epic Games. Epic’s most recent announcement concerns their upcoming title, Paragon. Like most MOBAs, Paragon has put the heroes in the forefront of the game’s image, but has done so to the extent that the earliest released content from the game was simple animations of a few characters. The latest from Epic is that all of Paragon’s heroes will be available to anyone with the game, meaning that you won’t have to pay to play with the hero you want. While there will still be microtransactions in the game -- it is the modern era, after all -- they will be for purely cosmetic items. We’ve all heard that a thousand times, so it’ll be interesting to see how Epic handles that approach and if it is commercially viable. Speaking of commercializing, entry to early access for Paragon is at least $20. This puts Paragon on a very similar path as that of Dota 2. Dota 2 also had a pay-to-play beta period before becoming free to play. And, as Paragon is planning, all of Dota 2’s heroes were available to everyone. While Epic has not announced any plans for Paragon eSports events, Twitch.tv and Psyonix have eSports news of their own. The Rocket League developers and Amazon-owned live streaming gurus have teamed up to form the Rocket League Championship Series. Beginning March 25, teams of three will be able to register to participate. The first season will have a prize pool of $75,000, with $55,000 for first place alone. The initial qualifiers are open to anyone, but only the PC and PS4 versions of the game will be supported. This will be the biggest prize pool that Rocket League has put forward.

From rocket cars to rocket ships, we move to No Man’s Sky. Hello Games’ space exploration project ambitiously promises to give players 18 quintillion planets to explore. That’s 18 with 18 zeros after it, by the way. This week, pre-orders for No Man’s Sky have finally started. Its price is $60 right now, the same as any AAA title, except this is still an indie game. That begs the question -- ‘how much game is there in 18 quintillion planets?’ The scope of another on-the-way space game, Star Citizen, is bigger and broader, but then again, so is the production, funding, development, and perpetually moving module release targets. Regardless, there are lots of promising space sims and space games on the horizon, with updates still coming to existing titles like Elite, so it’s a good time to be a space fan.

The final news item for this week features seminal prog-rockers Dream Theater. Don’t worry -- this is still video game news. To follow-up the release of their thirteenth album, the band has announced a collaboration with developers Turbo Tape Games. Their album The Astonishing is set in a dystopian version of the United States and follows a group of rebels against the Great Northern Empire of the Americas. The game will follow the same conflict and takes the form of a board-game-style strategy game. There are few details other than these, but we do know that it will launch in second quarter of 2016. Somewhat related, Iron Maiden’s also got its own mobile game coming out under the guidance of founding member Steve Harris, starring band icon Eddie.

That’s all for this week’s game news! Remember to subscribe for more content and check us out on Patreon to support us directly. Thanks for watching, I’ll see you all next time!