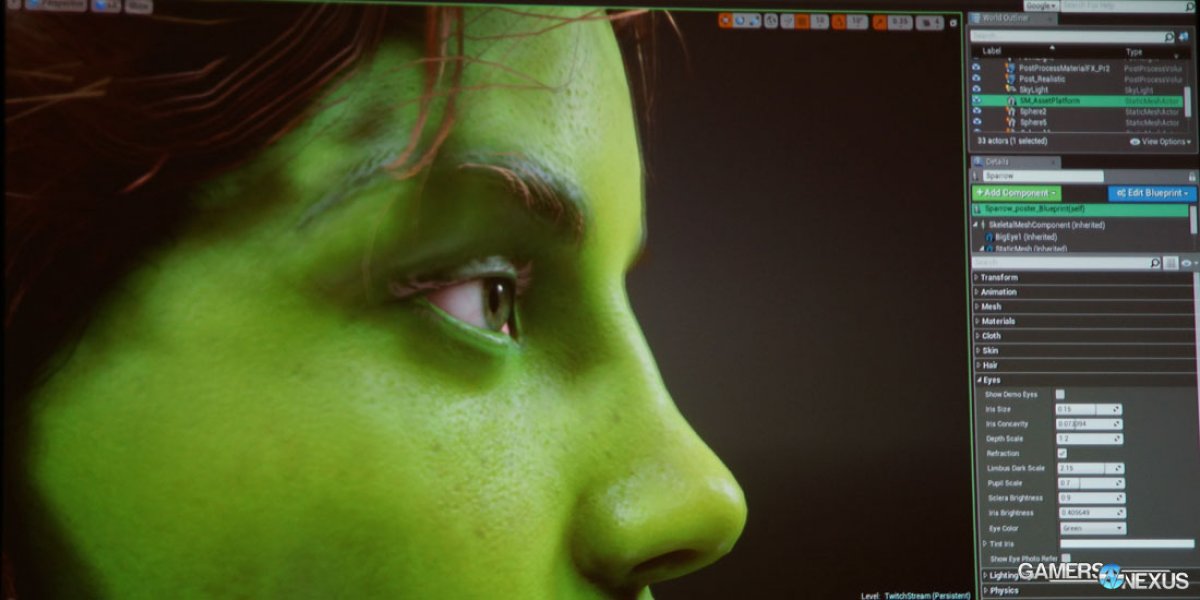 Visually, Riktor looks like X-Men's Apocalypse combined with Mickey Rouke's Whiplash from Iron Man 2. Bound with electronic lashes, he's being hailed as an “initiator” by Epic. Riktor's chains can be used to pull enemies towards him, and his 'Shock Therapy' can silence them as the follow-up.

To me, this is pretty sweet. I have an unnatural predilection towards characters that pull enemies to them – as seen in some of our Overwatch b-roll we've re-used. And in my somewhat limited experience with Paragon, it's exactly the kind of character I wanted to see. In a game where high DPS ranged heroes can move and shoot, melee heroes seem, to me, to have a little trouble not just closing the distance, but finishing the fight. I can't count the number of times I got my Sevarog up close, only to get blasted into oblivion by Twinblast or forced to back off by Gideon. Riktor seems like the melee hero to break apart these pesky ranged heroes.

Like all the heroes in Paragon, Riktor's design and textures are visually impressive. Despite looking like a character from another franchise, his combination of electronic and organic features fit in nicely with Paragon's scheme. Also like Paragon's other heroes, the character model itself is a site to behold.

Paragon will be free to play on full release later in 2016. There is also another free open beta period coming in the summer. Anyone who wants in early can get access starting at $20.