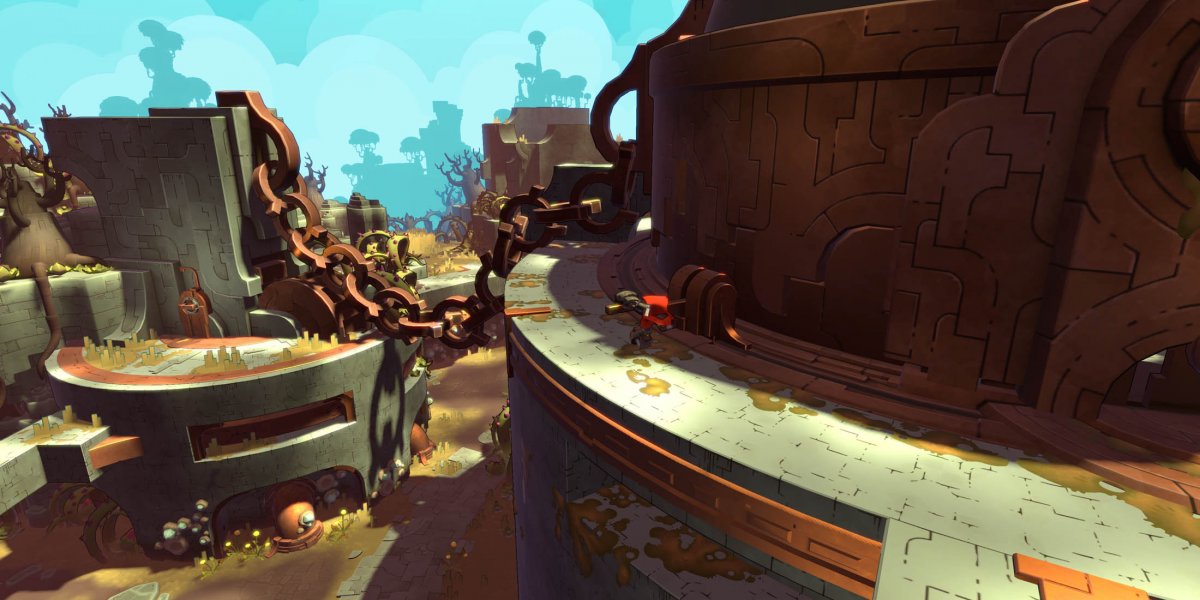 The demo stage at PAX East displayed all of the stylized sequences. In the background of a vast and voluminous cave, a small patch of woodland is mechanically erupted up and out of the underground, gears turning to do so. Upon returning to the above-ground, we find that piece has connected land above allowing us to progress to a new area. 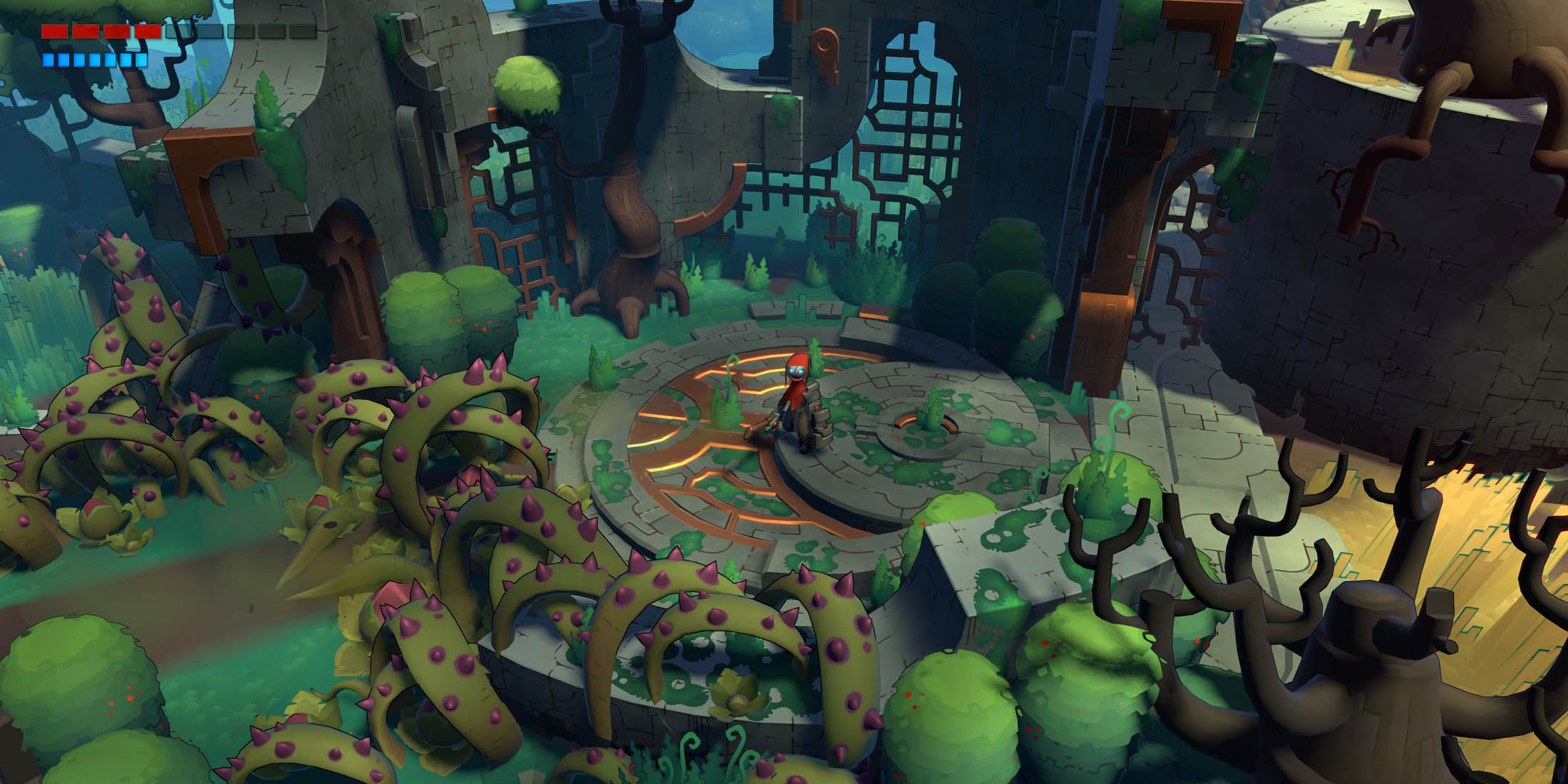 The gameplay of Hob is straightforward and brings to mind the games of a prior generation of action-adventure titles. You can jump, sprint, roll, teleport, and slash your way through enemies, but you'll need the hero’s heavy left gauntlet to get through puzzles and help deliver special attacks. We’ve seen in previous updates that the gauntlet has a grappling hook function, allowing an even greater ability to explore the world. From our demo, combat is far between and not so much the focus, but like a good DnD session, it’s sprinkled in to get the blood flowing. The point of the demo at PAX East was on exploration and puzzle solving, serving as a means to expose us to the visuals of the world.

Perhaps what makes Hob so immersive is how little it communicates to the player directly. As has already been well-documented, Hob has no dialog. The main character doesn’t speak, nor does anyone (or thing) speak to them. Further, the game doesn’t have any signs or markers or waypoints or journal entries. Instead, the real drive to continue the game is simple curiosity: the need to see more of the world, to see where paths go, and, when necessary, to make your own. The developers have some tricks to help guide the player and to give some visual foreshadowing -- for instance, the specific flight path of certain birds or the way the camera pans when entering an area. But at no point during the demo did the game bash the player over the head with what they were supposed to be doing. Instead, Hob presents you with an area and leaves you to your own machinations to determine where to go and how to proceed. That’s not to say Hob is open world or nonlinear, but in our meeting, Runic COO Allen Fong noted how interesting it was to see all the different approaches players had to the same area.

Hob doesn’t have a release price or date yet, but Runic said it will release this year. If you’ve got an itch for world-building and exploration, Hob has the ointment. The game will release simultaneously on PS4 and PC.