Today is a joyous day for those of you that loved last year's spaceship-crawling, run-n-gunning hit Alien Breed: Evolution for Xbox Live Arcade or this year's Alien Breed: Impact for Playstation Network and Steam. Screw that, it's even a great day for anyone that just likes run-n-gun shooters. Team 17 have officially announced the next episode in their ongoing Alien Breed franchise, dubbed Alien Breed 2: Assault.

The game takes off where the last game left you: taking control of the Leopold, a spaceship in critical condition, as chief engineer Conrad, who makes his way through the rapidly deteriorating ship. In league with environmental obstacles, Conrad must also venture to escape the deadly and intelligent alien swarms (no gaming pun intended).

Along with a brand new storyline (single player and co-op) and all new weapons, Alien Breed 2: Assault also brings an entirely new game mode to the mix in the form of 'Survivor Mode.' In this mode the player (or players) take on an ever-increasing amount of aliens to see how long they can survive. 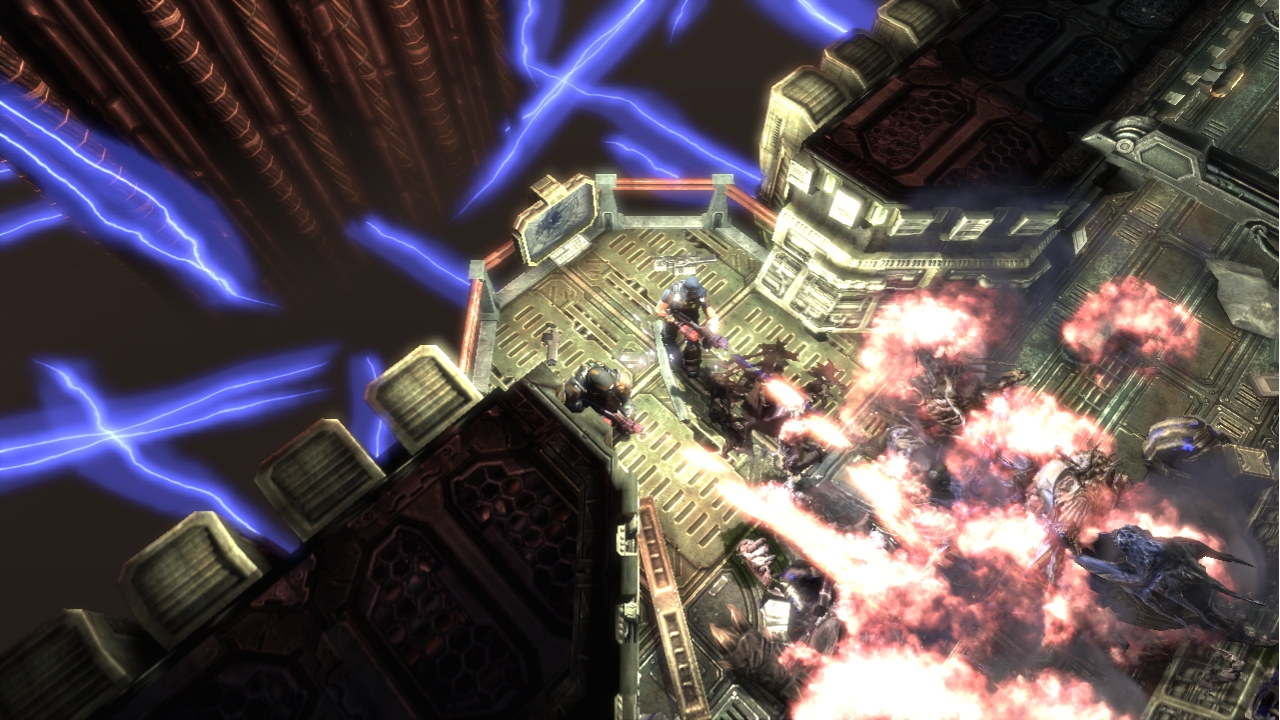 Team 17 flexes their nerd muscles by expanding on this 19 year old series, and gamers from all around can see the veins clearly. A previously awesome storyline is magnified to the level of which only one adjective can describe: epic. A slew of fresh screenshots prove the game is continuing with its fear-inducing level design; I've never felt as claustrophobic when playing a game than I did when I played Alien Breed: Evolution.

Alien Breed 2: Assault is due for release simultaneously on both Xbox Live Arcade and PC (via Steam) on September 22­nd, 2010. No news as yet about a release for Playstation Network.